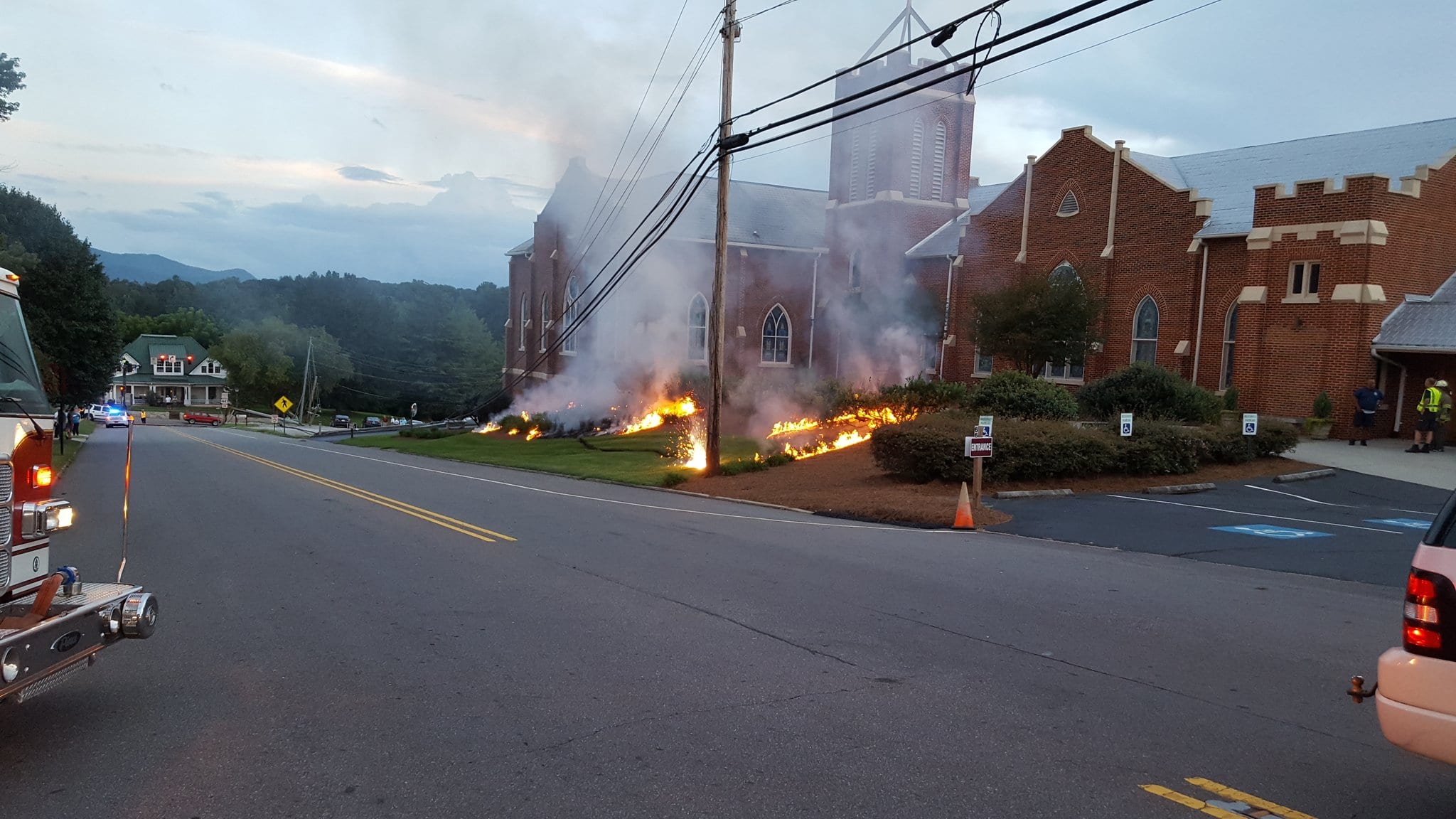 Franklin residents were out of power just after 8 p.m. on Tuesday night when three power poles fell near First United Methodist Church.

Lisa Leatherman, district manager at Duke Energy said that while the three power poles fell in a domino effect, the cause of the poles breakage is unknown and won’t likely be known until next week.

Th poles ignited a fire in front of First United Methodist Church when the landscaping around the building caught fire. Franklin Fire and Rescue was able to extinguish the fire. The church was unharmed in the incident. According to Leatherman, the incident impacted two circuits, one near Noah’s Ark and the other on Depot Street. 1,134 residents were impacted with more than 800 residents having their power restored just after 9 p.m. and the remainder getting their power back around midnight.

Leatherman said that engineers were on scene Wednesday investigating the poles to determine what caused it. Duke Energy implements a pole inspection process where they inspect 100,000 poles each year throughout the Carolinas. In total, Duke Energy has 4.4 million power poles in their service area.

A partnership with the town of Franklin that was approved last week will help to prevent or minimum power outages in the exact area impacted, said Leatherman. Last week, Leatherman requested permission from the Franklin Council to place an additional line between an existing power pole and a new pole near Patton Avenue. She requested a right of way easement be provided by the town so the new line would be possible. According to Leatherman, the process will establish a self-healing circuit that would be able to address faults in the system without losing power to larger portions of town.

As it stands, there is an open point between two circuits, the one located near Noah’s Ark and the one on Depot Street.

“What a self-healing circuit will do is, instead of having an open point as we currently do here at the church, there will be devices put on the line and the line will be made solid so if there were ever a fault, then the equipment recognizes it and will communicate between itself,” Leatherman told the board just last week. “It can isolate that section and keep the rest of the area up.”

County to contract with food truck at Parker Meadows