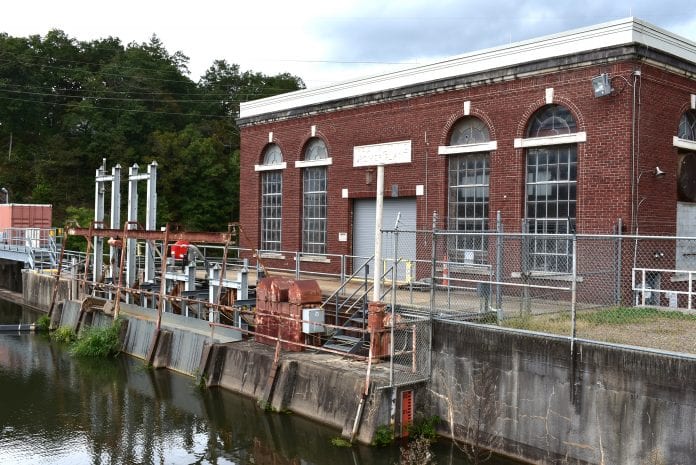 Duke Energy plans to sell five small hydroelectric plants located in the Carolinas to Northbrook Energy. Duke says that Carolina’s customers will continue to benefit from clean energy while experiencing long-term savings.  These transactions are expected to close during the first quarter of 2019.

The facilities, which have a combined 18.7-megawatt generation capacity are, Bryson, Franklin and Mission hydro stations in the Nantahala area, and Tuxedo and Gaston Shoals hydro stations in the Green/Broad River Basin. The Lake Emory hydroelectric plant located in Franklin has a 1.04 megawatt generation capacity which accounts for 7% of the combined 18.7 megawatts. With 1 megawatt servicing between 800 and 1,000 homes the sale represents plants generating electricity for more than 3,000 homes in the region.

The Franklin plant uses a two-unit system to generate electricity, using the dam built by the town that forms Lake Emory. The plant was completed in 1925 and operated under ownership of the Town of Franklin for eight years before it was bought in 1933 by Nantahala Power and light, a regional power company that was absorbed by Duke Energy in the late 1980s.

The sale was proposed as a cost-saving measure, according to Duke Energy Vice President, Carolinas Regulated Renewables, Randy Herrin.  Duke Energy will purchase all of the energy generated by these facilities for five years through power purchase agreements with Northbrook Energy. Customers will continue to purchase their power from Duke Energy, but Duke will be purchasing the energy from Northbrook rather than handling the facility internally as they have done in the past.

“This sale will deliver long-term benefits for our customers and shareholders,” said Herrin “Over the past few years, the cost to operate these facilities has risen significantly. Through this transaction, the plants will continue to serve our customers with clean renewable energy, but at a lower cost.”

“Northbrook is pleased with the opportunity to supplement its renewable hydroelectric portfolio in the Carolinas and leverage its local operating efficiencies,” said Chuck Ahlrichs, president of Northbrook Energy.

This is not the first time Northbrook, a company with 30 years of experience in managing hydroelectric facilities, has worked with Duke on this type of transaction.  He also states that “nearly 22 years after our first purchase of hydropower assets from Duke Energy, we are excited to build on our success in the region by expanding employment opportunities and proffering hydropower’s baseload capabilities in support of the region’s demonstrated desire to deploy intermittent renewables such as wind and solar.”

Northbrook is a privately-held independent producer. The company operates hydro assets in 12 states including the Carolinas. Northbrook partnered with New Energy Capital Partners, LLC to finance the acquisition of the hydroelectric plants.

Duke electric determined that due to the upkeep investments needed on these plants, the sales would be in the best interest of the customers. The financial terms of the transaction are not being disclosed as of yet, but it should result in net savings for the customers, over time.  DEC (Duke Energy Company) will seek approval from state regulators to establish a regulatory asset for the retail portion of the difference between sales proceeds and net book value.

The completion of the transaction is subject to approval from the Federal Energy Regulatory Commission (FERC) to transfer the hydroelectric licenses to Northbrook Energy, as well as other state regulatory approvals. They will be required to comply with all FERC license requirements as well as existing agreements entered into by DEC, which Northbrook will assume.