Home News Community EBCI purchases half acre of land in Franklin for $400,000 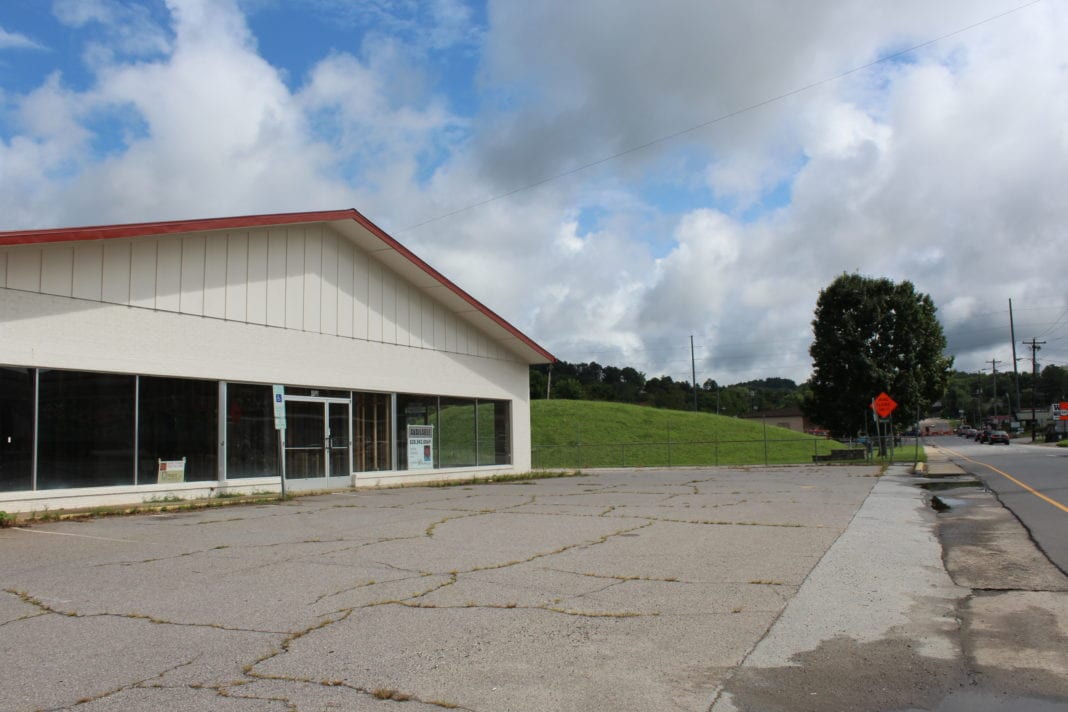 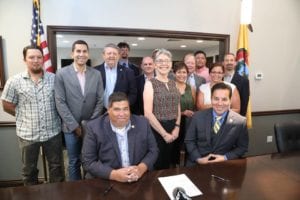 In April 2015, with support from the Community Foundation of WNC, Mainspring convened a group of community members from Macon County, the Town of Franklin, and the Eastern Band of the Cherokee Indians with the initial goal of working together to move past some historical conflicts around management of Nikwasi Mound in downtown Franklin.

The group called itself Mountain Partners, and several of these gatherings began to explore the possibility of how the creation of a heritage corridor linking numerous culturally-significant sites could present opportunities for natural and cultural resource conservation, economic development, and regional partnership.  During the initial phase of research and planning, Mainspring and Mountain Partners received support from the Cherokee Preservation Foundation, Z. Smith Reynolds Foundation, Community Foundation of WNC, and other non-governmental sources.

“While Mainspring led the process of getting interested parties to come to the table, we always knew that, if successful, the effort could grow into its own entity with representation from regional leaders, which is exactly what happened,” said Mainspring Conservation Trust Director Ben Lasater. “As its first major project, the Nikwasi Initiative (now a 501c3) chose to help revitalize what was the ancient Cherokee town of Nikwasi along the banks of the Little Tennessee. Mainspring is excited for their interest, as we have also contributed to the revitalization of the river district, having purchased and successfully cleaned-up one brownfield site adjacent to its office in East Franklin, the Little Tennessee River and the Greenway. We are now working to acquire and clean up a second parcel in the area.

“At the request of members of the Nikwasi Initiative, Mainspring negotiated a contract to purchase the former Dan’s Auto property several months ago.  We did this with the understanding that this contract could give them time to find one or more investors who could make possible the purchase and re-development of the property in a manner consistent with a vision of cultural interpretation, heritage tourism, and economic development.”

Last Tuesday, the Eastern Band of the Cherokee Indian (EBCI) Tribal Council voted unanimously to approve a resolution to purchase the property to be used “to preserve the significant historical and cultural value of said lands, promote awareness and education of Cherokee history and culture, and be explored for potential economic development and/or cultural preservation activities.”

“Mainspring is very pleased that EBCI leadership has chosen to invest in this property adjacent to Nikwasi Mound in Franklin,” said Laseter. “I think there’s potential for a meaningful regional partnership between the Town of Franklin, EBCI, Macon County, and Mainspring. The Nikwasi Initiative project, in particular, has been over two years in the making, and I think this decision by EBCI is largely a result of the collaboration and relationships that have developed around the Nikwasi Initiative table.”

The success of Nikwasi Initiative furthers Mainspring’s work to conserve important places, restore them in a way that’s beneficial, and connect people to the surrounding culture and history.

Currently 25 archaeologically-known mounds have been identified in western North Carolina.  These mounds were seemingly built over the past 3,000 years. Out of the 25 mounds in WNC, the tribe owns five, including the Cowee Mound, also in Macon County. Purchasing the property adjacent to the Nikwasi Mound will put the EBCI in a position to be more involved in the preservation of the historic mound. In the past, the EBCI has attempted to purchase the mound from Franklin, but the town has been reluctant to surrender the property.

In the spring of 2012, maintenance workers with the Town of Franklin sprayed herbicide on the Mound which essentially killed the grass.  This angered many within the Tribe.

“I would rather own the mound and let us take care of it,” then-Principal Chief Michell Hicks told the Cherokee One Feather in May 2012.  “That would be my preference because I know that we’ll do the right thing.  The right thing to do, just like Kituwah, just like Cowee, is to bring it back into the hands of its original owners.”

Nikwasi Mound was put on the National Register of Historic Places on Nov. 26, 1980, and is listed in the Register as Nequasee. The Mound is a Mississipian period mound that is likely 800 to 900 years old.  According to historians, it was built by ancestors of modern Cherokee people.

The EBCI purchased the Dan’s Auto property for $400,000 and allocated an additional $100,000 to study the property and possible uses to further the interest of the tribe and the adjacent mound. The .59 acres of property was appraised at $458,000.