If the turnout to last week’s Economic Development Partnership (EDP) event was any indication, North Carolina’s financial status is gaining momentum – and representatives from the mountains are certainly helping out with that push.

After inviting economic developers from all of North Carolina’s 100 counties, a delegation of 65 officials ultimately attended the event, titled “Energizing Rural North Carolina.”

While just over half of the state’s economic development officials made it to the event, held in Pinehurst’s Carolina Hotel on July 12-13, the mountain region, by contrast, made a strong show of force. Present were Western Carolina University’s Arthur Salido, executive director, Community and Economic Engagement and Innovation, as well as the west’s regional EDP representative Joshua Carpenter. Five of the west’s seven representatives were accounted for – Macon, Jackson and Swain counties on both days, and Cherokee and Clay counties for the first half of the second.

“The Mountain West Region was well represented, as I believe a majority of the developers representing the seven counties were in attendance,” Rich Price, EDC Director of Jackson County, said on Tuesday. “The focus of the conference was on the building blocks of successful rural development, including education, health care, infrastructure, workforce, and leadership. I would imagine that our respective economic leaders will take information shared and learned at the conference and will make an effort to revise current economic development strategies with those new ideas.”

The goals of this first-time event for the EDP, which works on the state’s behalf to recruit new companies to North Carolina and supports the growth of existing industry, include raising awareness of the building blocks, sharing case studies and best practices, and leaving participants inspired to pursue and collaborate on actionable economic development strategies within their own rural communities.

“We’re emphasizing ways we can we help move the needle in small towns and rural communities, whether they’re in the farthest corners of the state or near major metro areas,” said Mike Hawkins, head of the EDPNC Board of Directors’ rural working group. “It’s important to understand why rural communities, each with their own assets and challenges, need to have some combination of these five building blocks in place before they can have meaningful job creation.”

Officials from the west maintain a great deal was discussed in regard to rural job creation, including new strategies that might help to attract improved access to broadband internet access.

Little has been revealed by any of the mountain delegates on how high speed internet deployment might be achieved throughout the region. According to Price, bringing the mountains further “online” is

just one of a number of contributing factors surrounding the need for improved infrastructure in the region, as discussed in Pinehurst.

“I think our deficiencies in infrastructure and developable land are significant when compared to more urban areas,” he said, adding that expanded broadband is a high priority issue for economic developers in the region. “The lack of available housing across multiple consumer segments is also a focus throughout our region. Available workforce in hospitality and tourism, skilled trades and construction, and even into the healthcare fields will continue to be a major struggle for Jackson County and surrounding areas, requiring creative strategies to offset those conditions, and to hopefully improve them.”

The EDPNC board’s rural working group, which is coordinating the event, formed soon after Cooper appointed Frank E. Emory Jr. chairman of the board in May 2017. Emory charged the group with finding new ways the board and the EDPNC could support rural economic development ‒ beyond the work already being done by EDPNC’s statewide and regional staff.

“I spent my formative years in Wilson County and my parents are from Johnston and Edgecombe counties,” said Emory, a partner at Hunton Andrews Kurth law firm in Charlotte. “So one of the things I’m very interested in is helping make it so that people don’t have to leave the state’s small towns and rural areas for opportunity.”

“I see the EDPNC’s role in this event as a convener,” Emory added, “bringing rural stakeholders together to look at these five building blocks through a lens focused sharply on their impact on economic development.”

According to Macon County EDC Director Tommy Jenkins, the event proved to be a highly valuable one for a representative of the county to attend.

“I think it really was a good event,” Jenkins said, highlighting the ongoing working relationships between his peers that EDP helps to foster. “It touched on the important pieces of economic

development in any rural community.”

“Macon County really needs to focus on workforce development, because it’s what’s needed for the jobs of the future,” he said. “Of course, broadband’s the number one need we have right now, as far as infrastructure goes. We’re still watching Representative [Kevin] Corbin’s legislation in Raleigh and what we’re seeing is very encouraging. That can really help the counties and towns of this region further their efforts in broadband deployment.”

But the buck doesn’t start with education or technology alone, Jenkins said.

“Also one of the pillars of development we looked at is how a healthy workforce can better drive business in a community,” he said. “That’s right there with our need to get online faster.”

Participants also heard from subject-matter experts and local leaders who’ve had success within each of the five building blocks. Afterward, according to EDP organizers, area officials then break out into roundtable discussions about assets, needs and possible strategies within their own rural communities.

“I think we’re going to find there’s a lot for all of us here in the mountains to look forward to,” said Graham County EDC Director Sophia Paulos on Monday. “We’re covering a lot of ground now, concerning economic development. I think closely examining the assets we’ve already got here, like our schools, community colleges, our community banks and our rich tourism industry – we get a far better vision of how the future could play out for us.”

In the present, the mountain region is in good hands, as it peers further into its economic future, according to Price. Macon County, he said, is a big reason for this.

“Tommy [Jenkins] has been extremely helpful to me in my transition into this role from the private sector,” he said. “His knowledge of Economic Development issues at the local and state level is exceptional, and he has proven to be an advocate for regional business development  initiatives, as well as focusing on Macon County’s specific economic development priorities. Tommy was in attendance in Pinehurst, and as always takes a very active role as a participant in idea sharing and group discussion.”

“He’s always been able to offer some great insights into the cogs of local and state government,” she said. “That kind of experience is invaluable when working to improve the lives of North Carolinians.”

Until then, despite diminished access to internet or healthcare, Price sees a bright horizon for the mountains.

“I believe that our regional economy is strong, and as we continue to leverage the region’s assets to promote new business development and capital investment opportunities, the benefit of those efforts will be readily noticeable,” he said. 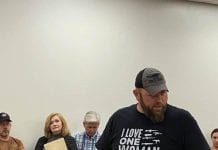 Board hears both sides of ‘Sanctuary’ debate 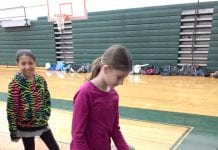 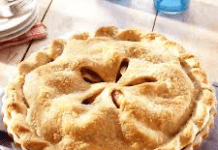