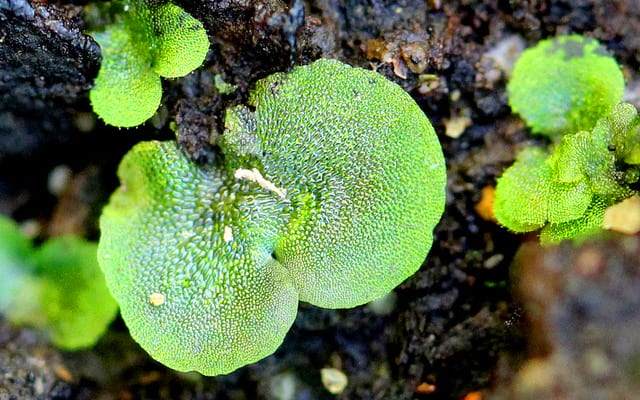 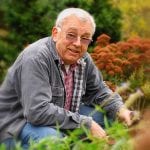 I have found it curious that ferns almost always catch my attention. I have a mental image of fronds in a subtle breeze gently waving beckoning me towards them.  To learn more, I have taken George Ellison’s fern identification workshop three times.  George is a great teacher and a superb field biologist.  It takes a lot of expertise and knowledge to be able to teach a course on fern identification as it is a difficult and exacting subject.  I am embarrassed to say I am still not very good at it. This certainly is not George’s fault.  Maybe repeating his class several more times would help?

I will not embarrass myself or reflect on George Ellison by attempting to write about fern identification.  To try it on your own you will need a magnifying lens and a simple little book entitled “Fern Finder” by Anne and Barbara Hallowell which is locally available.

Why ferns, what is so interesting?

First of all, to me they are elegant. 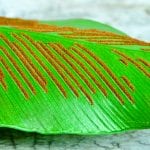 Second, ferns are one of the oldest plant families on our planet.   They were the food of dinosaurs. They are in fossil records from 350 million years ago. Ferns are found on every continent except Antarctica.  There are 12,000 species world-wide with new ones being identified every day!  There are 441 species in North America.  Mexico has the most diverse fern population in the world.  From 1880 to 1900 ferns were so popular in England that a descriptive phrase evolved called “fern craze’ or pteridomania. Pterido is Greek for fern.

Third, ferns have been used as food, medicine, fertilizer, and as ornamental plants. Their thick compacted ancient layers have created coal, gas and oil.

Fourth, ferns have an unusual and fascinating life cycle different from all other plants except mosses, horsetails and liverworts.

Ferns do not have flowers therefore do not produce seeds. Seedless plants are very tough survivors.  They can grow just about anywhere without support of external factors such as soil or soil nutrients and they do not need insects for pollination.  They can even grow on rocks. They only require a moist climate.  Fern roots simply anchor the plant thus can help prevent soil erosion.

These primitive plants have a surprisingly sophisticated bi-generational or two generational reproductive cycle, an asexual cycle and a sexual cycle.

On the underside of a frond (fern leaf) are spores.  Each fern species has its own spore pattern and spore shape.  They can be yellow, green, brown or black.  At first glance spores resemble scale insects but they are not randomly placed.  When the spores mature, their coverings open and release tiny spore granules that are distributed by wind.  If one lands on a suitable surface they form a tiny plant called a prothalli which are about ¼ inch.

Prothalli means pro-before, thalli-green shoot.  They are green and heart shaped.  These little green plants look nothing like a fern.  They have both male and female reproductive structures. The male and female structures each have half the number of chromosomes found in a mature fern.  After the prothalli’s sperm and the egg unite, a typical fern plant is produced having a full complement of chromosomes.  I have to admit that I have never seen a prothalli except in a commercial fern nursery that propagates ferns from spores.  Ferns do volunteer on the floor of my greenhouse which means there had to have been some prothalli produced but they were too small to be noticed or I simply missed them.

Some ferns can also produce new plantlets called offsets on the borders of their fronds.   Also, their roots can spread from underground structures called rhizomes.  New plants can develop from these rhizomes.  These are examples of vegetative propagation.

The newly formed fronds are coiled as they emerge.  They are called fiddleheads as they resemble the end of a stringed musical instrument.  They are also called croziers because they also resemble the curved staff used by bishops or the hooked end of a shepherd’s crook.  Fiddleheads are often sold as vegetables.  They have antioxidant activity, are high in fiber and omega fatty acids.  However, there are some ferns such as bracken types that are poisonous to cattle and humans.  Cooking fiddleheads will eliminate any potential side effects.

When a fern waves at you it wants you to lift its frond and look underneath at its spores.  No need to be embarrassed this is only an asexual activity.

Karen Lawrence is a prefessional photographer of botanical subjects and wildlife is from Franklin, N.C.

Clematis a flowering vine not to be feared