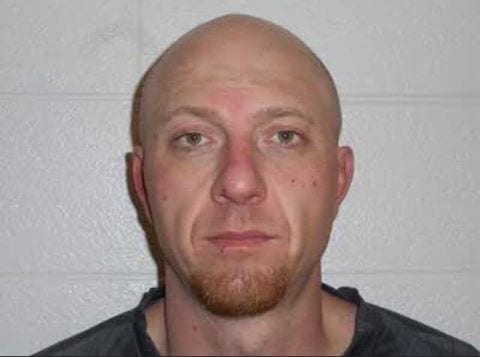 Burr was one of the suspects arrested during Operation Thunderstruck. The operation involved months of undercover work that resulted in more than two dozen drug related arrests.

While 27 suspects were arrested during the initial raid, Burr was one of two individuals who remained at large for several days before being successfully apprehended by law enforcement. Burr was charged with felony sell/deliver heroin. Following his appearance in court last week, Burr took to Facebook to voice his frustration over the charges and to send threatening messaging to witnesses in the case against him.

“Threats of possible retaliation against some of our state witnesses were being posted on Facebook as well as private messages that were being sent to witnesses, that appeared to be in a threatening manner,” said Macon County Sheriff Robert Holland. “We initiated an investigation into that and were able to determine that some of those statements in private messages that were provided to us by witnesses were made. We then went before a magistrate and were able to obtain warrants for intimidating a state witness.”

According to Holland, the investigation is ongoing.

“We’ve gotten claims that other individuals took part in that as well, so we’re taking our time to be thorough and looking through the information that we have to be able to see if there were any additional threats of retaliation,” said Sheriff Holland. “One of the things that we’ll also be looking into will be contacting Facebook and requesting information through search warrants.”

After Burr’s arrest last week, the District Attorney’s Office handed the judge evidence to review and requested bond be set as high as $500,000. After reviewing Facebook posts and messages Judge Coward told Burr that he agreed that he was a threat to the safety of the community and was placing him under a $650,000 bond.

“The investigation into multiple individuals participating in or aiding individuals in threatening state witnesses on Facebook and other social media sites is being taken seriously and we will act accordingly and swiftly,” said Sheriff Holland. “We support individuals rights to speak freely on Facebook but be prepared for us to act if you cross the line. Our investigation doesn’t end with Burr’s arrest because we have received reports that Burr has other ‘friends’ who openly condoned and took part in his ranting on social media. We will continue to investigate these allegations including filing for search warrants on Mr. Burr and others’ Facebook accounts. If at the conclusion of our investigation others are found to be participating or encouraging criminal behavior we will be knocking on their door too.”