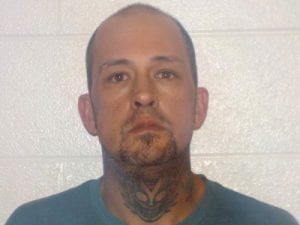 Gabriel Bolick, 35, a former volunteer firefighter with Otto Fire and Rescue pleaded guilty in Macon County Superior Court Sept. 18 to 31 charges of obtaining property on false pretense for portraying himself as a cancer patient to receive donations of $14,398, which he was ordered to repay. Judge Athena Brooks handed down a sentence of 16 to 38 months (1-3 years), followed by five years of supervised probation and ordered him to undergo a substance abuse assessment. He was given credit for 114 days served. Bolick’s May 27 arrest by the Macon County Sheriff’s Department followed a high-speed chase and included charges of reckless driving, injury to personal property, failure to stop at a red light and speeding for which he was held on a $250,000 bond.