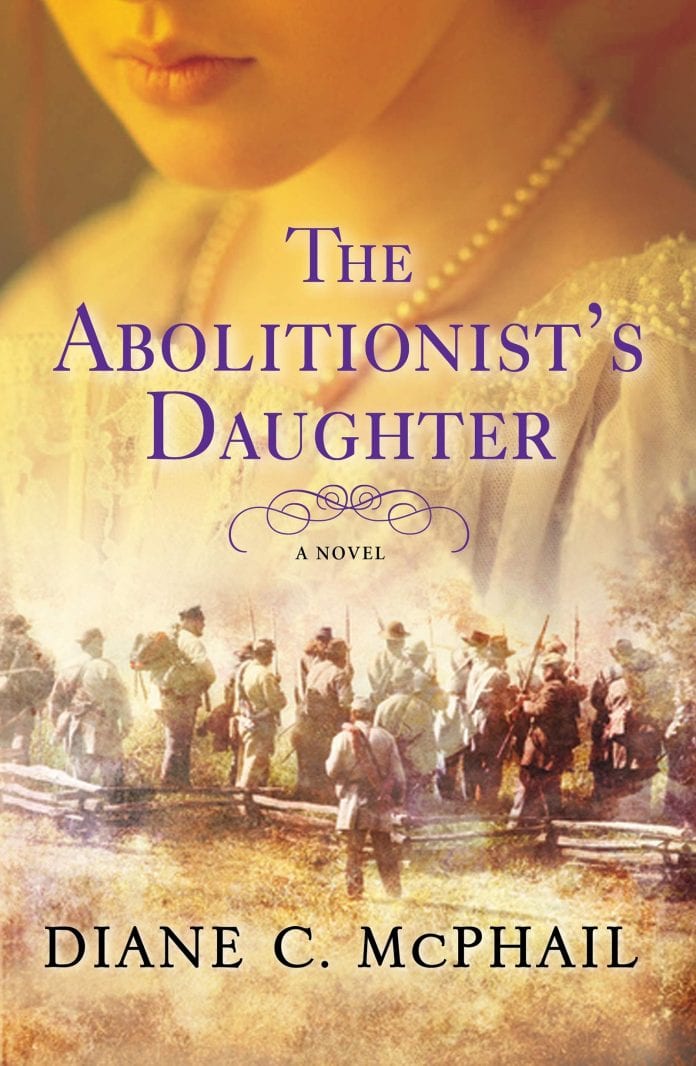 On June 15, local artist Diane McPhail was guest speaker at Author’s Tea, an author spotlight event held in Highlands. Known as a career artist whose paintings and sculptures vary from landscapes and still life to abstracts and faces and figures, McPhail is most recently experiencing life as an author.

While her art is represented in Highlands by the Carolina Gallery of Fine Art as well as The Bascom: A Center for the Visual Arts, her debut novel, “The Abolitionist’s Daughter,” is readily available in book stores and online.

McPhail said she was motivated to write the book, while still concentrating on her art career, because, “I discovered a long undisclosed secret in the lineage of my own family. I grew up in Mississippi. My parents’ ‘people’ were from the area where this violent and bloody incident took place [no spoilers; must read book to find out about the ‘bloody incident’]. This setting is ingrained in my very being. I heard this story from early childhood and it always haunted me. The actual incident involved more character and complexity than I felt would be manageable for the reader. So I rendered the narrative with absolute faithfulness to its complexity with fewer characters. So my characters are based on real people, for whom I had some actual historical papers, but fictionalized through my own imaginative experience.”

The process of writing and research took 12 years. “The Abolitionist’s Daughter” is touted as “a rare depiction of Southern Abolitionism and the experiences of three astonishing women.” The story centers on Emily Matthews, daughter of an abolitionist who runs an illegal school for his slaves and the drama surrounding her life on the eve of the Civil War.

McPhail explained that the literary historical fiction novel is “thoroughly based in actual events in history, thoroughly researched, based on experience and knowledge of human character, but with both narrative and characters fleshed out through my imagination for a story that is accurate in setting, time, and human nature.”

She added that the research involved perusing family archives and old news articles to understand “where and how the Civil War affected this setting and these people, even down to the weather, which reflected the drastic extremes of climate change at the end of the Little Ice Age and was a major factor in the war and the lives of civilians trying to survive.”

Regarding distinctions between the creative writing process and the artistic process, McPhail said, “Obviously words and visual imagery are different. But for me the process is quite similar — always a process of discovery. I never work for a pre-determined goal in either painting or writing. It is always a process of revelatory discovery for me. I never know where an image may go, nor do I know where a character may go. In that sense, writing is almost like reading for me — always the unexpected.”

The book tour for the “The Abolitionist’s Daughter” began in Oxford, Miss., since McPhail graduated from the University of Mississippi. After the initial launch, McPhail has followed a six-week road trip down through Mississippi to New Orleans, La., and back across Alabama, Georgia, South Carolina, and through other Southeastern states to eventually arrive in the Highlands and Cashiers area. As part of the book tour, she has also traveled recently to California and Washington, D.C.

She is enjoying the book tour primarily because of the “enthusiasm and welcoming energy of readers.”

“I have also been deeply touched by those who read out passages, sometimes with tears, that had a powerful effect on them. I did not intend to write a page turner, but I repeatedly have people tell me they stayed up half the night, unable to stop reading. I have also loved hearing the powerful effect this book has had on the large number of men who are reading it,” said McPhail.

Touched by the author bug, McPhail has begun work on another manuscript. However, she is ever the artist, though she admitted she has had to take a temporary hiatus from creating new works due to the book tour.