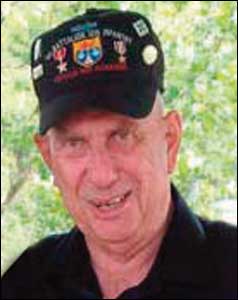 “A hero is an ordinary individual who finds the strength to persevere and endure in spite of overwhelming obstacles.” – Christopher Reeve

For six years Army Sgt. Nathan “Nat” Henry was held as a prisoner of war in Vietnam. Despite the unfathomable circumstances in which Henry was held captive, each day he persevered and never gave up hope and faith that one day he would return to his home in Macon County, and be reunited with his family who never doubted his strength and courage during the war.

It wasn’t the six years Henry spent as a prisoner of war that made him a hero. It wasn’t the two Purple Hearts that he earned, or the two Silver Stars, or the two Bronze Stars, all diligently given to Henry for his service in the military. And if you ever had the pleasure of talking to Henry, he would consider himself a lot of things, but a hero wasn’t one of them. What made Henry a hero was the relentless selfless sacrifice for his country and his community that he exhibited up until his final days.

Crawford Center still taking care of its seniors despite restrictions