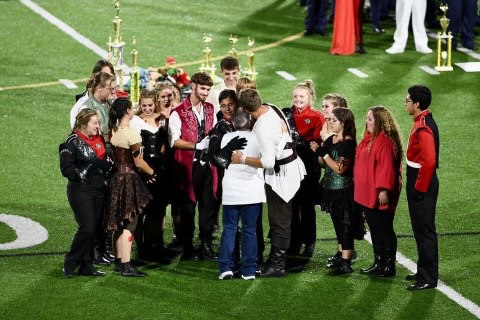 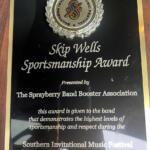 Invitational Championships receiving the highest honor bestowed upon any group in the competition – the Skip Wells Sportsmanship Award. The plaque says, “this award is given to the band that demonstrates the highest levels of sportsmanship and respect …” Band director Buddy Huckabee was elated. “I am so proud,” he said. “For the second year in a row, presented to us by his mother (in memory of Skip Wells), we received the highest honor at the Southern Invitational Championships.  [The] band was chosen again as the most respectable and respected, honorable and best sportsmanship/spirited group overall out of 27 bands at the Championships. To me as a director, everything else is all ‘just plastic’ but this one is the best one a director could ever receive.”