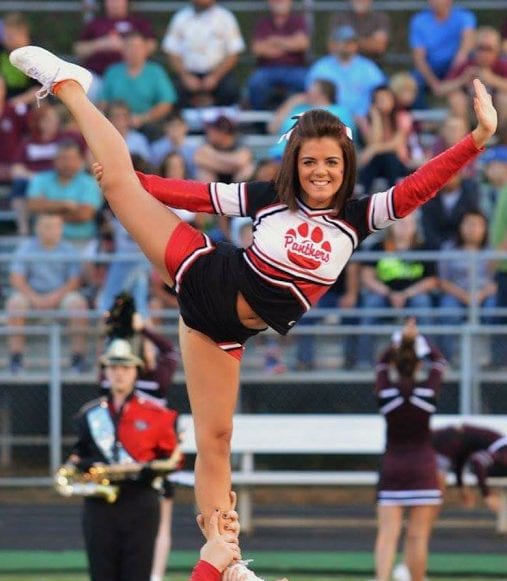 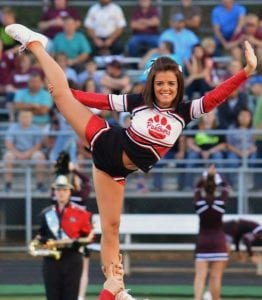 Many children grow up dreaming of playing sports in college and spend their entire lives working toward that goal. But of the nearly eight million students currently participating in high school athletics in the United States, only 480,000 of them will compete at National College Athletic Association schools. For Franklin High School senior Kayley Davis, her dream became a reality when she got her acceptance letter to Western Carolina University and then later secured her spot on the Catamounts’ cheer squad.

“I was very excited that I made the WCU team and I can’t wait to have such a big group of people that I will soon be able to grow with as a family,” said Davis.

Davis’ coach Jennifer Turner-Lynn couldn’t be prouder of Davis and noted that her success shows the dedication she has put in over the last four years.

“Every athlete’s path looks slightly different, and while we think we can treat everyone the same, one of the first things you learn as a coach is that each child is different with unique talents, skills, and needs,” said Turner-Lynn. “While Kayley’s reward of making the WCU Cheer team is exciting and commendable, what is even more noteworthy is her journey to get there. Four years ago, I could have told you that she had the ability, but it took four years of trial and error, tears, prayers, and lots of positive reinforcement for her to realize that she had that ability within herself. For me and all of her coaches, this realization is worth every minute we invested in her and will serve her well as a college athlete and as an adult.”

Davis started her cheerleading career in the seventh grade. She cheered for Macon Middle School for two years and as a freshman at Franklin High School, Davis made the junior varsity cheer squad. After a year on the JV squad, Davis crafted her talents and moved to the varsity squad as a sophomore. For the last three years of her high school career, Davis pulled double duty cheering on the Panthers on both the Varsity Cheer Squad and the school’s competition team.

“My favorite part about cheering at FHS was being able to make so many memories and friendships that will last a lifetime,” said Davis. “Cheerleading definitely helped me learn how to trust in others. I’m thankful to have had the best coaches that always believed in me and pushed me to be my best.”

Cheerleading was more than just a sport to Davis. It has shaped her into the person she is today.  “Cheerleading has helped me learn responsibility, teamwork, trust and respect. Without cheerleading I wouldn’t be who I am today,” said Davis.

While cheering on the Cats this Fall, Davis will be majoring in athletic training.

“Cheering at FHS is something I will always remember, the friendships, the memories, the coaches, and everything in between,” she said. “I am so grateful for all the memories and friendships I have made along the way and I can’t wait to see what is in my future at WCU.”