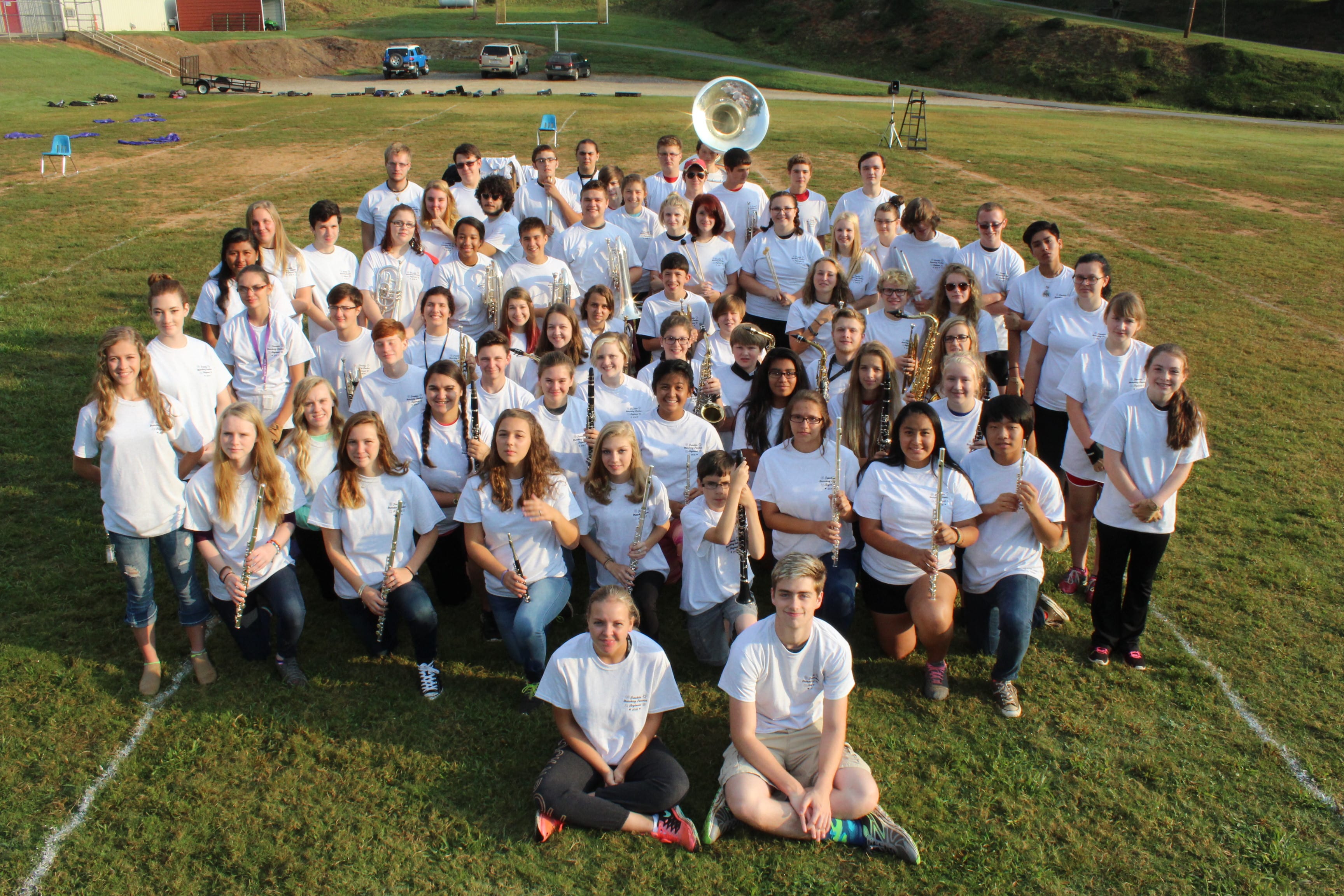 Since the end of July, the Franklin High School Marching Panther Regiment has been preparing for the 2016-17 season. With 20 new freshmen members of the 77 member band, Director Buddy Huckabee started camp at the end of July which continued five days a week until school started.

“Every band is different in so many ways, from rehearsal techniques, to musicality, to overall personalities,” said Huckabee. “I am looking forward to seeing how these students work to try to raise the bar already set from last year. If they work hard, they can build on the success from last year.  Hopefully they will strive for performance perfection.

Last year the FHS band wowed crowds with “Egypt” theme shows that featured beautiful costumes and aesthetics that won the band multiple trophies through the year.  Getting this year’s theme in line is something Huckabee views as his greatest challenge.

“The largest challenge we will face is getting this caliber of show together,” said Huckabee. “The ‘Egypt’ show from last year was difficult, but I have thrown an even more difficult and demanding show at them this year. This will require even harder work ethic and concentration to master than before.  Again, if they work to reach a competitive goal, they can achieve a lot this semester.  Otherwise, we will have to keep working harder and harder just to get this level of show presentable.”

This year’s theme is entitled “A Love for All Seasons.”  The show will tell a story, through the use of poems, of how a man finds the woman of his dreams in the park.

“The first setting is in the winter,” explained Huckabee. “You will hear various winter-like songs played while the scene is set in Central Park.  A gentleman sees the lady sitting on a park bench cold and alone.  As the seasons progress through the music (spring and summer), they begin to fall more in love with each other through each poem.  When winter-time comes back around, he asks her to marry him and, of course, she accepts, and they live happily ever after.”

What the FHS band performs on the field during football games is just a piece of the competition routine they put together. For the full effect of the hard work and dedication students put in throughout the year, seeing the performance during competition is the best option.

“There are several aspects of our show that will not be present at home football games due to the basic crowd noise and activity of the ‘intermission-type’ atmosphere,” said Huckabee. “These include more elaborate props, more scenery, added costuming, and more music and audio files.  These are utilized at our regional competitions and we would love to invite anyone that wishes to see the completed and detailed half-time show in its entirety to join us.”

In addition to entertaining the home crowd on Friday nights, the FHS band has a busy competition schedule this year, with ample opportunities for the community to view their performances: