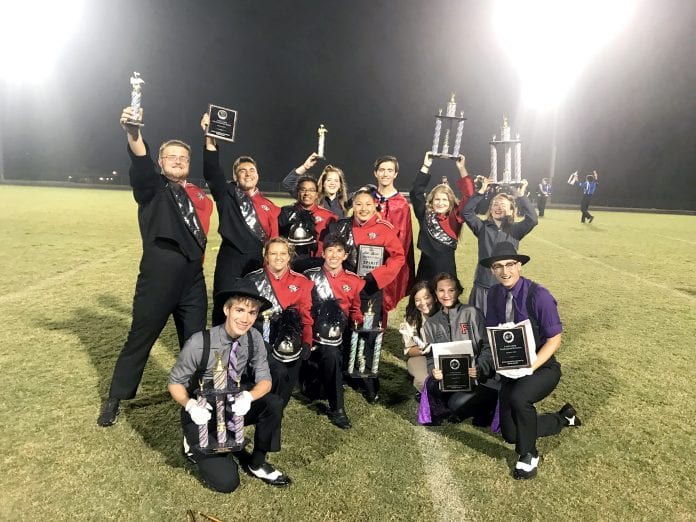 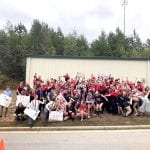 This weekend was a great time to be a Panther as the Franklin High School Marching Panther Regiment exceeded expectations with their performance at Lake Lanier Marching Tournament in Atlanta over the weekend. The 84-member band took to the field to perform “The Immortal” a Marvel/DC style show they have been perfecting since July 28 when they started band camp.

The Panthers competed against 28 bands from all across the Southeast and after a “phenomenal” performance were named Grand Champions. The Panthers were not only the overall winners for the 2A school division, but they placed first in every single category in which they competed.

The Panther’s brought home trophies for: 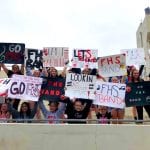 “We competed against many bands in the 1A to 6A school categories – from 19 members to 250 member bands,” said Buddy Huckabee, FHS Band Director. “Our division is the 1A to 3A division (bands up to 110 students). We did a phenomenal job against some of the best bands in the southeast.”

Huckabee, who has worked year after year to build a band program that is known across the state for being innovative and exceptional, said he is elated with this year’s squad.

“I am very proud of the students this semester,” said Huckabee. “I knew from the first week of camp that if they kept working as hard as they were, it would be one of the best groups I have had in 20 years… they are definitely proving that. This group scored the highest September score at the first competition since I’ve been here with an 83.77.  This past weekend (first of October) they are winning best overall of the day (against 6A bands) and reaching scores in the 90s in every category.”

The FHS band wasn’t the only group of students to make the trip to the competition. The Franklin High School Cheerleaders went to the tournament to cheer on their fellow classmates.

FHS Cheer Coach Lynn Baker said the decision to support the band was an easy one and something the entire team wanted to participate in.

“We went to support the band because it’s what we do,” said Baker. “Our program takes pride in promoting school spirit for the entire school, and that included the band. The band works so hard and it’s important that we show our support for the hard work and be there for them. They are an integral part of school spirit and athletics at FHS, so it’s important that we show and give them the respect they have earned.”

Senior cheerleader Katy Nettles said that her favorite part of the weekend was being able to celebrate with her friends after their victory.

Nettles said her favorite aspect of the weekend was “how close we are with the band and that we support each other. I wanted to see how far they have come in their competition and just get to see how amazing they would do.”

For freshman Kassidy Mixer, getting to cheer at the band tournament was more than just supporting her school, it was supporting her family. Mixer’s brother Nick is a sophomore in the band.

“My favorite part is seeing the color guard make it come to life, almost like watching a movie,” she said. “I really wanted to go and was excited because my brother is in band and I got to see him perform the big show.

Even for those who don’t have family in the band, the experience resonated the same.

“My favorite part about attending the band competition was that I got to watch the band do an incredible performance, you can really tell how hard they work and they definitely deserved first place,” said sophomore Brielle Perry. “I wanted to go and watch and support them because they’re like my family and they support us in everything we do, the relationship we cheerleaders have with them is so great.”

Huckabee said it was an added bonus to have the cheerleaders there to celebrate in the band’s accomplishments.

“It was so humbling to hear our varsity cheerleaders in the stands as we were at the gate preparing for our competition performance,” said Huckabee. “I think it gave our students the drive and willingness to work even harder for the best show possible. After we came off the field and joined the cheerleaders it was a great experience. We all got together and celebrated our great performance and had a wonderful time.”