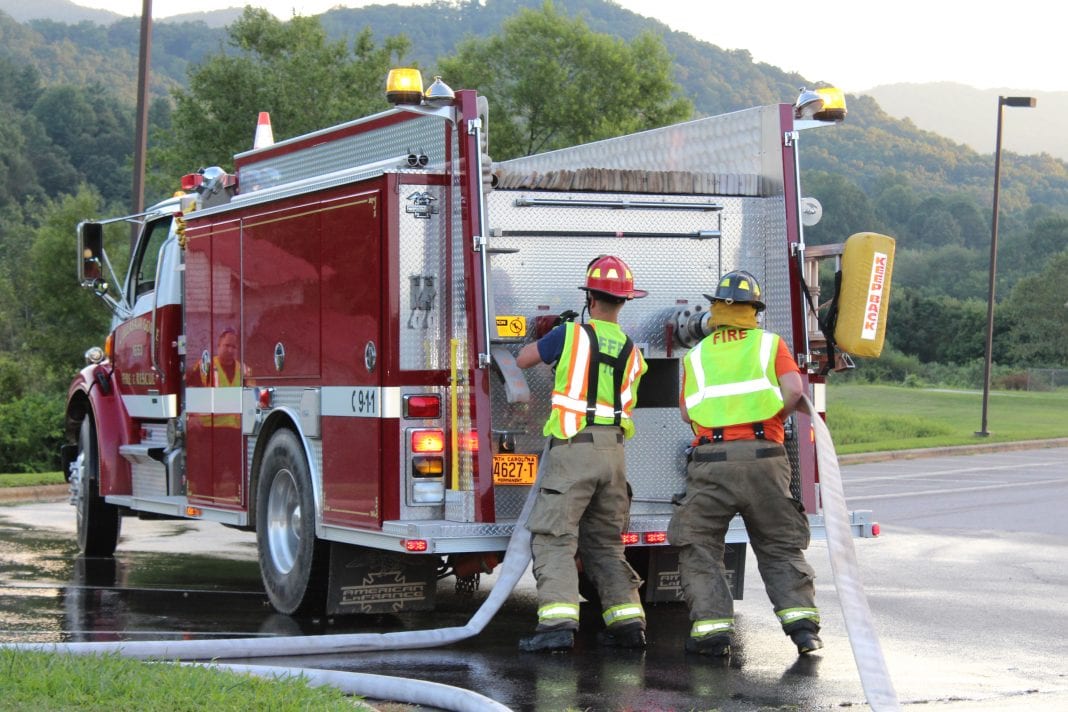 Back in August, both Clarks Chapel and Cullasja Gorge Fire Departments participated in the North Carolina Office of State Fire Marshal Inspection pertaining to their protection class ratings. THe volunteer departments spent months preparing for the inspection and ensuring that their respective departments met the standards needed to quality for better protection classes in order to reduce insurance rates for homeowners in their districts.

Last week, both Clarks Chapel Fire Chief Matt Mason and Cullasaja Gorge Fire Chief Paul Corbin were informed by the state that their departments had successfully completed the inspection, which will result in lower insurance rates.

“Congratulations on your recent improvement to your fire suppression rating,” wrote Wayne Goodwin, Insurance Commissioner and State Fire Marshal for North Carolina. “I commend you and your department for your dedication and commitment to making your community a safer place to live.”

The inspection by the office of the State Fire Marshal is required on a regular basis as part of the North Carolina Response Rating System (NCRRS). Routine inspections look for proper staffing levels, sufficient equipment, proper maintenance of equipment, communications capabilities and availability of a water source.

news with the members of your community,” said Goodwin. “I also know that the majority of citizens may not be aware that the rating of their responding fire department directly impacts their property insurance calculations.”

The NCRRS rating system ranges from one (highest) to 10 (not recognized as a certified fire department by the state), with most rural departments falling into the 9S category. While lower ratings do not necessarily indicate insufficient service, a higher rating does suggest that a department is overall better equipped to respond to fires in its district. Higher ratings can also significantly lower homeowners insurance rates in that fire district.

“I’d like to congratulate Chief Corbin and Chief Mason for their departments’ performance and for the hard work of all the department members,” said Commissioner Goodwin. “The citizens in the town of these districts should rest easy knowing they have a fine group of firefighters protecting them and their property in case of an emergency.”

Rates on dwellings (including those insured under homeowners policies) are established by the North Carolina Rate Bureau.  The state’s fire’s office will now advise them of the change.  The new rates will be effective on Wednesday, Feb. 1, 2017.

Detention center looking at an $80,000 increase to feed inmates