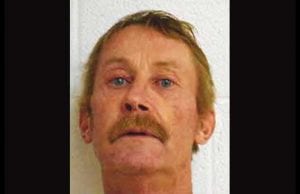 A four-year-old murder case was settled on Wednesday just before 5 p.m. when Ricky Lee Fouts was sentenced to 51-74 months in jail.

Fouts had been awaiting trial in the November 2012 murder of his son, Cy Levi Fouts. Levi was killed on Nov. 13, 2012, after his father shot him in the abdomen during an altercation between the two men.

“The Fouts case is a tragic illustration of the pain that the abuse of alcohol and controlled substances can cause in our communities and families,” said District Attorney Ashley Welch. “On the day that Cy Levi Fouts was killed both he and his father had been drinking heavily, and there was a long history of conflict between them that ultimately led to the death of Cy Levi Fouts at the hands of his father. This has been a very difficult case for the Fouts family and the District Attorney’s office hopes that this plea and final resolution in this matter allows the family to begin the process of healing.”

Ricky Fouts was first scheduled to appear in court on Monday, Oct. 31, but when he appeared in court, he was found to be intoxicated with a blood alcohol content of .14 percent. At that time, Fouts was taken into custody and his bond was revoked.

His sentencing was completed on Wednesday afternoon as a result of a plea arrangement with Welch’s office. Fouts pled guilty to voluntary manslaughter.

“There are no winners in this case,” said Macon County Sheriff Robert Holland. “A father will live the rest of his life knowing he shot and killed his son and a mother will never see her son again.  It is a true tragedy.”

Fitzgibbons back in custody