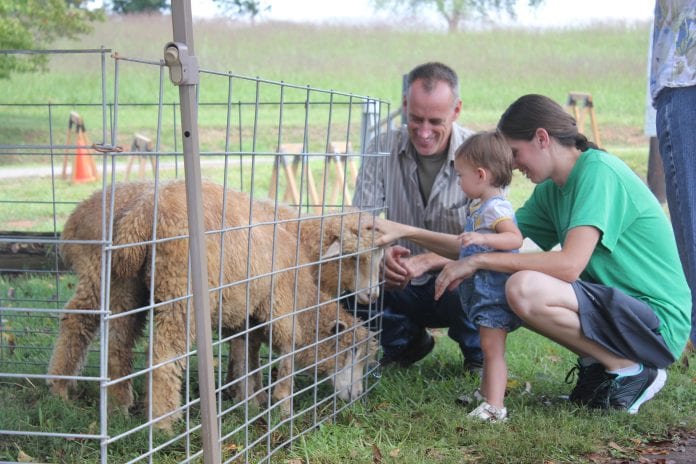 The Folk Heritage Association of Macon County (FHAMC) and the Cowee School Arts & Heritage Center Board of Directors worked together to host the 12th annual festival at the heritage center. Thousands of people visited the school throughout the day and were transformed back in time and reminded of the history and culture that has built Macon County. Spinning, quilting, rug-hooking, calligraphy and more were demonstrated throughout the day. On the stage were cloggers, storytellers, bluegrass bands and the Mountain Youth Talent Contest.

The yard of the festival featured border collie demonstrations, Civil War reenactments and camp with marching maneuvers and musket firing. Front porch storytelling featuring the oral histories of the area were heard throughout the day in the school’s garden area.

Macon County Commissioner Ronnie Beale helped to honor Sally G. Kesler who was named the honorary historian for Macon County. Kesler came to the Cartoogechaye Community at the behest of Rufus Morgan, an Episcopal priest with a long history at St. John’s Church. Kesler has met Lucy Morgan, Rufus’ sister, while attending Penland School of Crafts. She was influenced by their visions of community and craftwork. Kesler became a 4-H leader, Nantahala Club organizer, later of Nonah Weavers, and a member of the Southern Highland Handicraft Guild, all while producing the beautiful screen prints for which she is widely known. Kesler has spearheaded beautification projects along the greenway, lending her talents as a botanist.

The FHAMC also honored Theresa Ramsey for her work and dedication in preserving the folk festival and ensuring it continues in Macon County.

The mission of the FHAMC is to provide living history experiences and to partner with like-minded groups to promote heritage through hands-on activities and to preserve the folk heritage of Macon County for generations to come.

Visitors can sample European culture without leaving the county