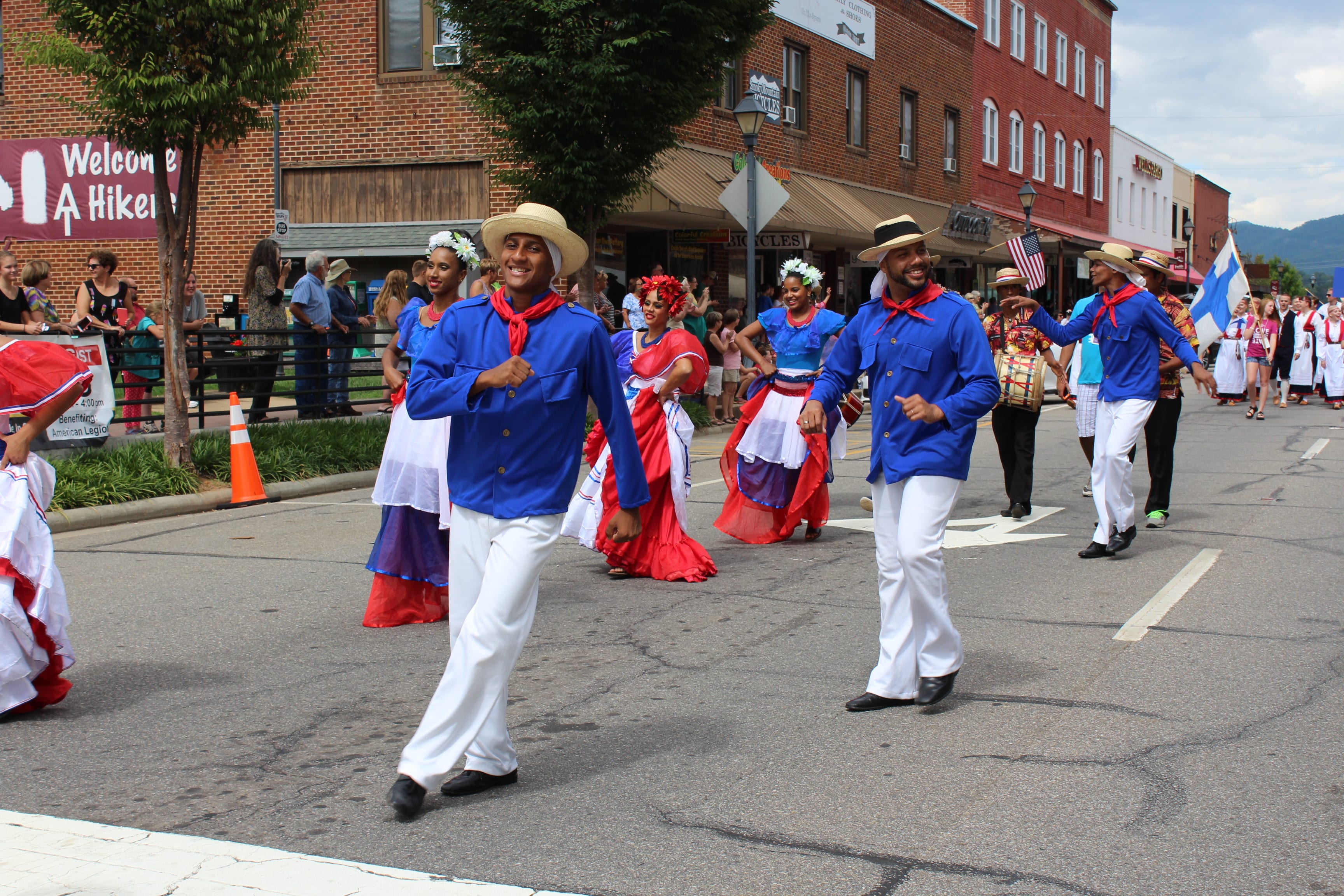 “The parade brought the world to downtown Franklin,” said Franklin Mayor Bob Scott. “I heard nothing but compliments from people who said they were so glad to see something like this on Main Street.  It was fun and town employees, along with the Franklin Rotary Club, did a magnificent job logistically. Thank you to the Rotarians for cooking lunch for the performers and Folkmoot staff on the town square.”

The parade started at town hall and ended at the gazebo where a large crowd gathered to watch as each group put on a performance representing the song and dance of their country.

“Attracting people internationally has been a dream of mine since I went on the town board 15 years ago,” said Mayor Scott. “I wish this area would spend advertising dollars on international travelers as I am seeing more people from around the world visiting Franklin.  The world is shrinking and we have got to embrace the notion that international travelers want to know more about us.”

Folkmoot ended their visit to Franklin with a performance at the Smoky Mountain Center of the Performing Arts on Thursday night.