On Thursday, May 14, Franklin High School Coach Josh Brooks, was preparing for one of the upcoming Thursday Nights Under the Lights at the football field press box, when he discovered empty shelves which normally hold the loud speaker equipment.The shelves had previously held two amplifiers, a wattbox, and a processor, which were all missing.

“Without  this stuff, there is no sound in our stadium – to host graduation or any other event.  Right now there would have to be an external system set up outside the pressbox,” said Brooks.

The cost to replace the equipment will be between $5,000-$7,000.  Insurance could cover the theft  but the deductible is about as high as the cost to replace. A police report was filed with the Macon County Sheriff’s Department, but officials are not able to determine when the robbery took place. The last time Coach Brooks used the equipment was back in November at a football game. The equipment could have been taken anytime since November. It had not been used for the Thursday Nights Under the Lights, but there were plans to use it at the next Thursday event.

With athletics on hold during the COVID 19 restrictions, the replacement equipment is not as urgent an issue as it would have been during a normal school year.

The one pressing issue might be that if graduation ceremonies are going to be held soon, the speaker system would be needed for the ceremony.

FHS Athletic Director Blair King also said he would like for whoever stole the equipment to please just return it, drop it off at the football field and no questions will be asked.

Previously closed schools open on Plan B; Nantahala shuttered through... 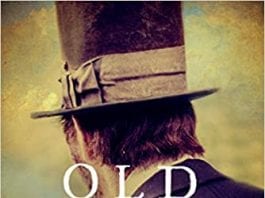