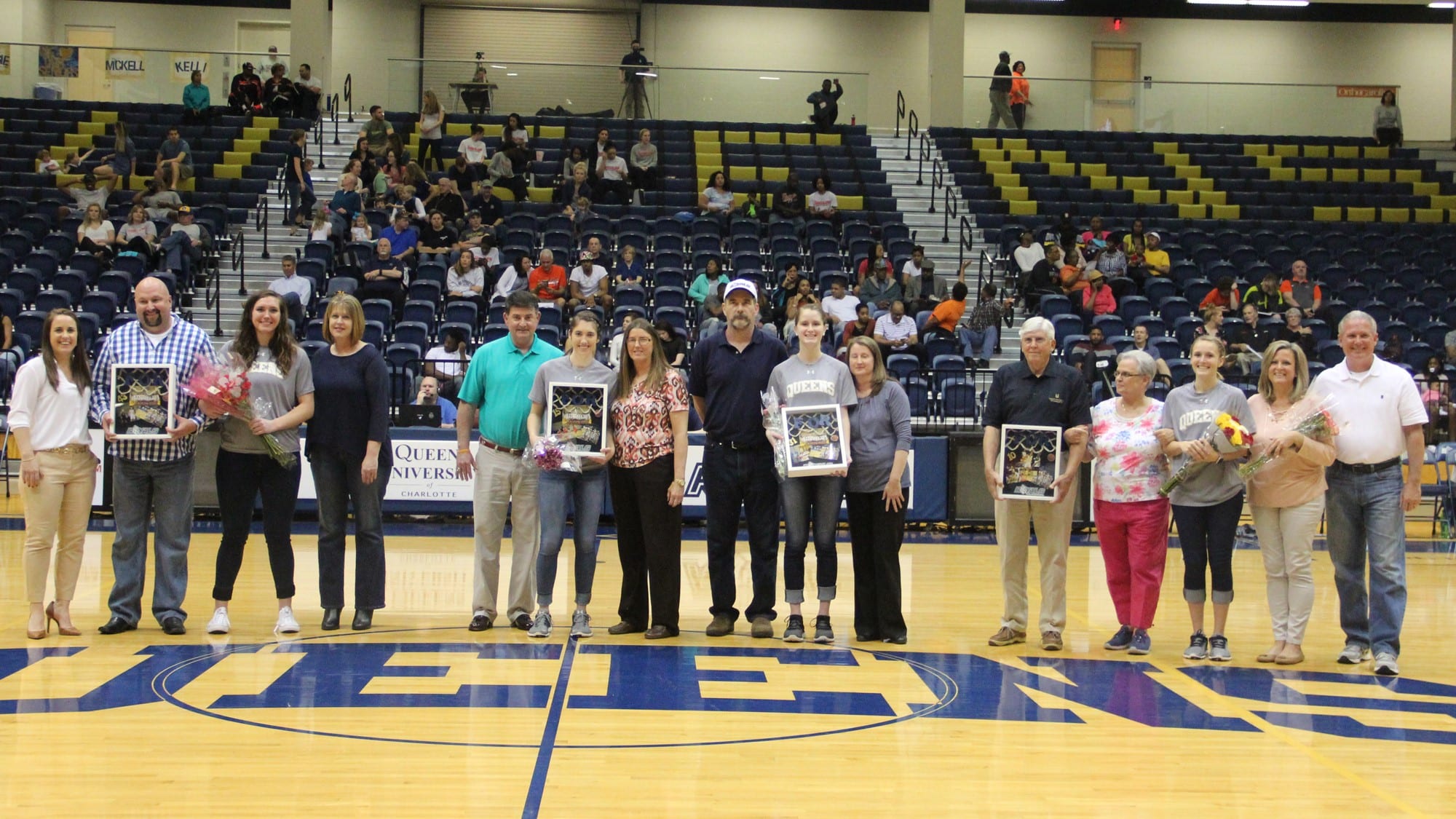 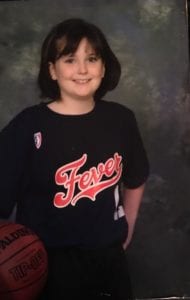 Last Saturday night, Queens University of Charlotte senior and former Franklin High School Panther Maggie Stewart broke away and headed straight for the goal. Just as the buzzer went off, Stewart went up for a layup… swoosh! Stewart’s buzzer beater layup secured the eighth seed for Queens, sending the team to the South Atlantic Conference Tournament for the first time in the program’s history.

“I still feel like it was a dream,” Stewart said about making the game-winning shot. “As a player, you fantasize about those type of things happening, but they usually never do. It was like everyone around me was running around like crazy, but I was moving in slow motion – I was so focused, I knew my shot was going in. Afterwards, I was overcome with such an incredible amount of pride and joy. It’s an indescribable feeling knowing that I am a part of something much bigger than myself and that my team is going to the conference tournament for the first time in SAC program history.”

Stewart is a product of Macon County Community League Basketball. Learning to dribble not long after she could walk, she has played basketball her whole life. “I started playing Community League when I was seven years old,” said Stewart. “Our team name was Fever and my dad, Steve, was one of our coaches. I have played center my entire basketball career.” 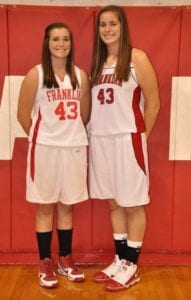 “Maggie has not only excelled in her athletic and academic achievements, but she is a good person with a heart of gold,” he said. “We are very proud of the young lady that she has become.”

With more than a decade in basketball, Stewart said the sport is so much more than a game. It’s a lesson, something that has helped shaped who she is today.

“My favorite part about basketball by far is the lifelong relationships that I have made,” said Stewart. “Some of my teammates and coaches are like family to me; I have no doubt that I will be attending their weddings and baby showers when the time comes.”

Stewart said she always new she was going to play college ball and started working toward that goal from the very beginning and credits her experience at FHS for helping her get to where she is today. 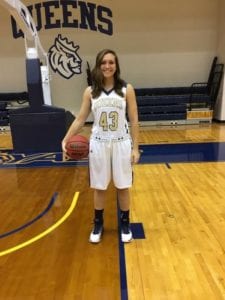 “It had always been a dream of mine, and I had no doubt that I could do it,” said Stewart. “FHS athletics will always have a special place in my heart. There was something special about playing in a crowded gym, knowing almost everyone in the stands, everyone knowing me, and us all rooting for the same goal.There are many ways that FHS basketball affected my life; but mostly, it made me proud of where I come from.”

Stewart is majoring in Sports and Exercise Science with a minor in Mathematics and Chemistry. “After graduation, I will be attending Western Carolina University’s Doctor of Physical Therapy program starting this fall,” said Stewart. “Although I will miss basketball, I am so excited for this next chapter in my life.”

While sports have been a guiding factor growing up, Stewart attributed much of her success to her parents, Steve and Amy, who both work for the Macon County Sheriff’s Department. 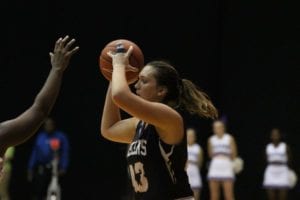 that I know, my parents Steve and Amy Stewart, for their unconditional love and support,” said Stewart. “Thank you for always demanding the best from me, whether it be in sports, academics, or other areas of life. I love you both so much.”

Stewart’s mother, who along with Steve joined Stewart on the court over the weekend for her Senior Night celebration at Queen University of Charlotte, is proud of the level-headed, dedicated woman she has watched grow up.

“We have been cheering Maggie on from the stands for most of her life and she has achieved and surpassed all of her goals,” said Amy. “Playing basketball has shaped her into a smart, dedicated adult and given her tools she will use for the rest of her life. I’m excited for her future and am lucky to be her mom.”