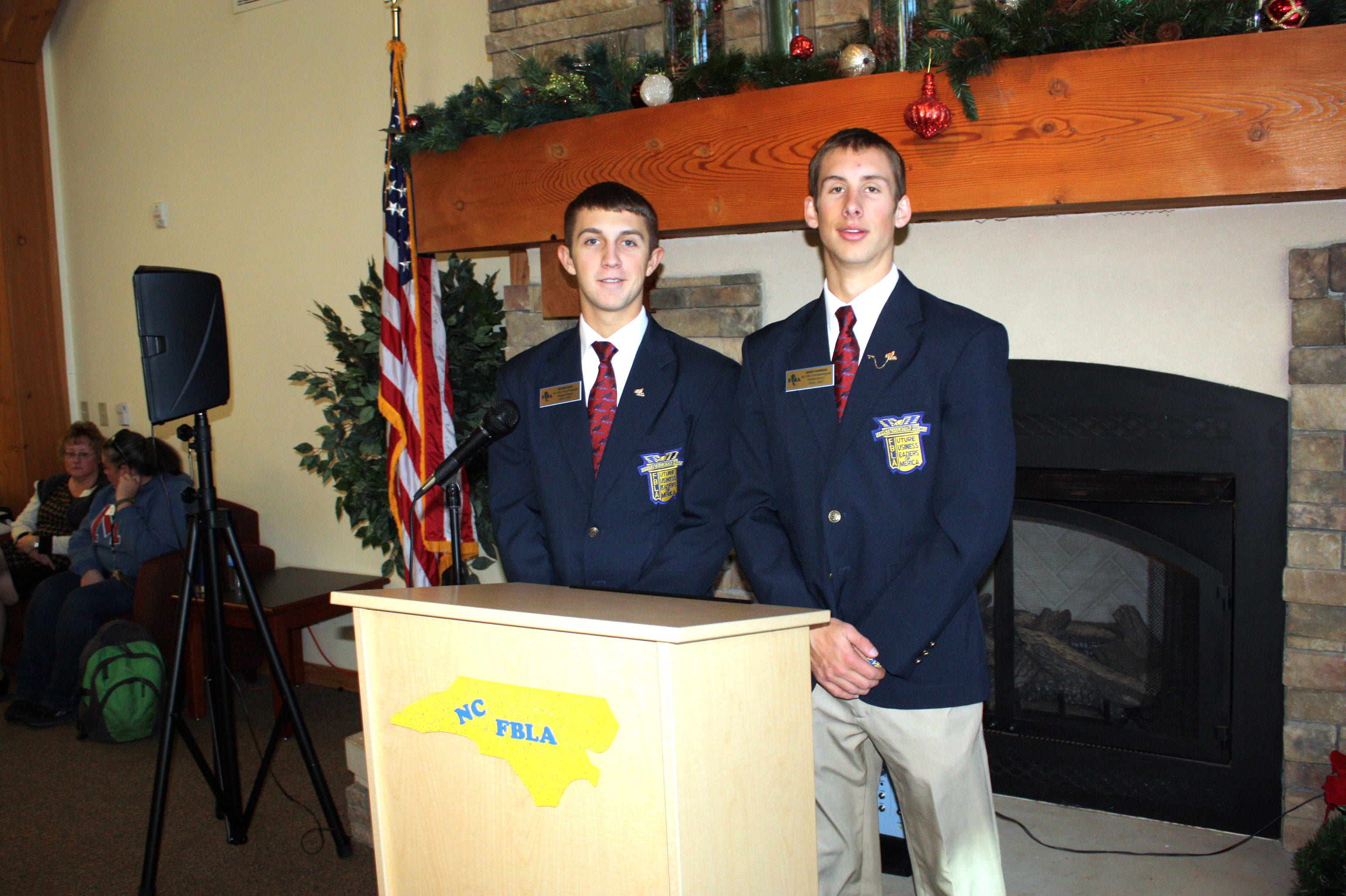 On Friday, Dec. 2, the Future Business Leaders of America-Phi Beta Lambda Inc. (FBLA) representing nine middle and high schools in Western North Carolina converged on Southwestern Community College’s Macon Campus in Franklin to contend for slots in the North Carolina State Leadership Conference.  More than 150 competitors vied for the right to travel on to Greensboro in March 2017 to compete with more than 3,000 other students from across the state.

The Western Region Competitive Conference came to Franklin for the first time ever. Michelle Brooks¸ FBLA adviser attributed much of this to Western Region Vice President Bryson Burt’s presence as a North Carolina state officer.  Franklin High has another state officer in Grant Vanhook, the State Parliamentarian.  Burt was elected to his office and Vanhook won out over about 300 other students in an examination determined by both accuracy and speed.

“As an FBLA-PBL Alumni and Professional Division Member, being able to have the Western Region hosted here in my hometown was an amazing feeling,” said Shannon McConnell who volunteers with Macon County’s FBLA clubs and was also recently named Professional Business Leader Business Person of the Year. “I’m often asked why I do what I do with FBLA and the answer is very simple, I know what FBLA-PBL did for me as a student so it is my time to give back to an organization that has given me so much in my professional life.”

The top four participants in each category qualified to move to the state level competition.  The competitive categories included Public Speaking (both middle school and high school), Future Business Leader, and Job Interview with two workshops on Fundamentals of Banking and Investing.  Students competed in several other events which were done through online pretesting prior to the event that correlates to business subjects offered in the classroom, such as accounting, business calculations and others.

The students heading to state will begin focusing more on honing their skills to prepare to compete with other FBLA teams from across North Carolina.

“The students will now begin to study deeper with their subjects in which they placed,” said McConnell. “They also will meet regularly with three chapter advisers, Mrs. Brooks and Mr. Taylor from FHS and Mr. Olvera from MMS as well as myself as a chapter mentor for the performance events.  A great deal of preparation and practice will now go into preparing for state competition.  Many more competitive events open at the state level for members that didn’t have an event starting at the regional level.”

The FBLA, established in 1940, is a nonprofit organization designed to prepare students for the business world.  It has evolved into the largest student led group in the United States with current membership exceeding 250,000.

Membership will be open again next semester for students that would be interested in joining FBLA and becoming the next and best Future Business Leader.

Brittney Burns contributed to this article.