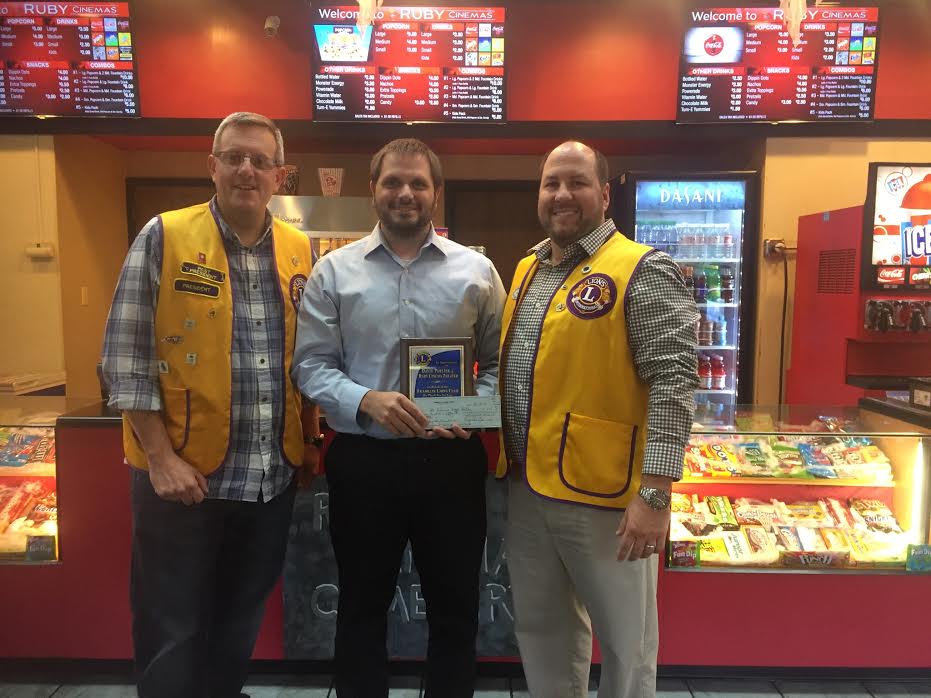 For more than 75 years, the Franklin’s Lions Club has been serving the community. Year-round, members of the club work to give back to Macon County and provide sponsorship and support to various causes geared toward the betterment of the community.

“Our belief is that the community takes care of us, so we should take care of it,” said John Hamlin, president of the Franklin Lions Club. “We are always looking to give back to organizations that are impacting our great community in areas where we cannot.”

The club recently donated $250 to Macon TRACS which provides therapeutic equestrian services to residents with disabilities; $250 to Read2Me to sponsor Story Walks in the community; $250 to Smoky Mountain Veterans Stand Down, which provides services to veterans in need; and $250 to St. Francis Food Pantry in the name of David and Holly Parlier for their support of the Summer Movie Festival at Ruby Cinemas.

The Lions Club donation to St. Francis Food Pantry will help with the organization’s annual Thanksgiving meals that are provided to those in need in the community.

About the Lions Club

Beginning in 1917, the association of Lions Clubs has provided millions of people with the opportunity to give something back to their communities. The International Association of Lions Clubs began as the dream of Chicago businessman Melvin Jones. He believed that local business clubs should expand their horizons from purely professional concerns to the betterment of their communities and the world at large. Jones’ group, the Business Circle of Chicago, agreed.

After contacting similar groups around the United States, an organizational meeting was held on June 7, 1917 in Chicago, Illinois, USA. The new group took the name of one of the invited groups, the “Association of Lions Clubs,” and a national convention was held in Dallas, Texas, USA in October of that year. A constitution, by-laws, objects and code of ethics were approved. Among the objects adopted in those early years was one that read, “No club shall hold out the financial betterment of its members as its object.”

This call for unselfish service to others remains one of the association’s main tenets. Just three years after its formation, the association became international when the first club in Canada was established in 1920. Major international expansion continued as clubs were established, particularly throughout Europe, Asia and Africa during the 1950s and ’60s. In 1925, Helen Keller addressed the Lions international convention in Cedar Point, Ohio, USA. She challenged Lions to become “knights of the blind in the crusade against darkness.” Since this time, Lions clubs have been actively involved in service to the blind and visually impaired.

Chartered in 1939, the Franklin Lion’s Club has proudly carried on the vision of Lionism for more than 75 years.

The Lions Club of Franklin meets on the second and fourth Monday of every month at the Angel Medical Cafeteria at 5:45 p.m.