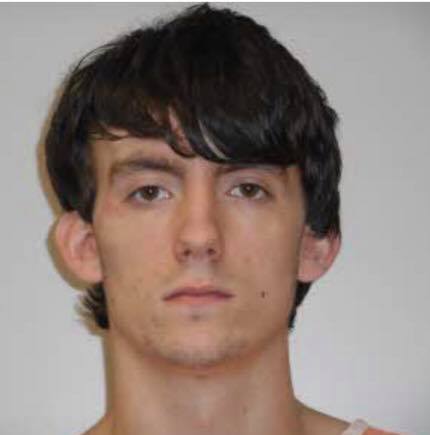 Jesse Wilson,21, was indicted on Tuesday afternoon for the murder of his 3-month-old son, Liam Wilson. In mid May, authorities with the Macon County Sheriff’s Office launched an investigation into the death of the 3-month-old baby, searching the residence and vehicles of Jesse Wilson and Julia Angel Vance during an investigation that “Constitutes evidence of a crime and the identity of a person participating in a crime of 1st Degree Murder.”

“I am limited in what I can say regarding this investigation but will take this opportunity to publicly commend those involved in this investigation,” Sheriff Robert Holland said in a release. “This has been and continues to be a difficult investigation. Unlike most investigations, cases involving innocent children stay with even the most seasoned of officers. These are the cases that investigators go to sleep with at night and continue to think about the moment they wake up and throughout their day. I could never express in words just how much I appreciate their dedication, commitment and professionalism as they conduct a thorough investigation. Again I commend all those involved including the District Attorney’s Office as we move forward in an effort to seek justice for this innocent baby.”

Records on file at the Clerk of Court’s office states, “The jurors for the State upon their oath present that on or about the date of offense shown in the county name the defendant named above unlawfully, willfully, and feloniously and of malice aforethought did kill and murder Liam Jade Wilson.”

An autopsy was conducted on Liam on Friday, May 12, with Detective Burrows present in Wake Forest. Liam’s body had multiple contusions, petechiae, a bruised frenulum, retinal hemorrhaging, spilling of red blood cells onto the brain, as well as a minimum of 17 visible bruises on his head.

MCSO Detectives Dani Burrows and Amy Stewart launched the investigation after Liam was pronounced dead at Angel Medical Center. Liam’s father Jesse Wilson called 911 the morning of May 9. According to MCSO reports, Wilson was caring for Liam while the child’s mother, Julia Angel Vance, was at work. Jesse told authorities he placed Liam to sleep face down in his bassinet after feeding him at 6 a.m. that morning.

Wilson told detectives he had checked on Liam every 15 minutes and the last time he checked on the infant and observed him breathing was at 8:20 a.m. The call to Macon County dispatch was placed at 8:44 a.m.

Court documents show that first responders arrived on scene just before 9 a.m. to find the child unresponsive. MCSO deputies who responded to the call observed that Liam appeared to have bruises on his forehead before being transported to the hospital. According to Dr. Theodore Sikorski, who spoke to detectives after Liam was pronounced dead, the bruises on Liam’s head appeared to look similar to fingerprints. During the interview with Julia Vance, she told detectives she was concerned about seeing bruises on Liam’s head every time that she left Jesse to care for him.

After several interviews with Wilson, he admitted that he often got frustrated with Liam and would squeeze his head. Wilson stated that when he would do that Liam would, “look at him all funny with his eyes and go down to a whimper.” Wilson admitted that he had been reacting that way to the infant over the last month and a half after he became the primary caretaker for Liam since he was out of work and the child’s mother was employed. He also admitted to squeezing the child’s head the morning of the infant’s death.

To be convicted of first degree murder, officials have to prove that the crime was committed with malice with a specific intent to kill formed after premeditation and deliberation.

A criminal charge is a formal allegation that you have committed one or more criminal offenses. These can be misdemeanor or felony violations.

Once you are formally charged, you are subject to being arrested on a warrant if you have not been arrested already. If you were arrested before a warrant was issued, the State’s Attorney’s Office decides whether to charge you based on the evidence presented to him or her in a charging affidavit from the police officer.

Indictments  are generally obtained for felony cases. It requires the prosecutor going before a grand jury and presenting evidence of the crime that you allegedly committed and asking the grand jurors to bring criminal charges against you. All capital crimes or those subject to the death penalty must be brought by indictment.

Wilson is scheduled to appear in court on August 7. It will be up to the District Attorney’s Office as whether or not to seek the death penalty in this case.

Fouts pleads to voluntary manslaughter in the 2012 death of his...