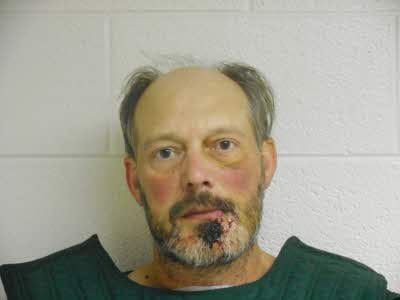 A domestic violence altercation that turned into a standoff with the Macon County Sheriff’s Office on June 29 has resulted in the arrest of 52-year-old Mike Brown.

Brown was arrested on Friday and charged with one felony count of assault with a deadly weapon with intent to kill and one misdemeanor count of assault on a female. According to the warrant for arrest issued by magistrate Tyler J. McDowell, Brown unlawfully, willfully, and feloniously assaulted a female victim with an AR-15 rifle, a deadly weapon, with the intent to kill her. Brown also struck the victim in the side of her head with a closed fist.

After the incident was resolved on June 29 the sheriff’s office reported, “a domestic situation in the Clarks Chapel community led to an emergency response by deputies and where a standoff ensued that lasted several hours,” said Macon County Sheriff Robert Holland in a statement following the incident. “The suspect was known to have fired shots in the residence as 911 calls for help were being made. At the time of the initial altercation all parties fled the home except the suspect and a juvenile. Deputies secured the immediate area throughout the incident and travel was limited. A negotiator with the MCSO spent several hours communicating with the suspect when the suspect suffered a self-inflicted gunshot wound.”

Brown was transported to a hospital in Asheville to recover from his wounds. After being released from the hospital on Friday, July 8, he was taken into custody. Brown was booked into the Macon County Detention Center where he remains and is being held on a $250,000 bond.

On Friday evening, members of the MCSO responded to a call of a firearm being discharged near 441 South. While responding to the call and apprehending the suspect, MCSO learned that the firearm that was used had been reported stolen the previous day during a breaking and entering. 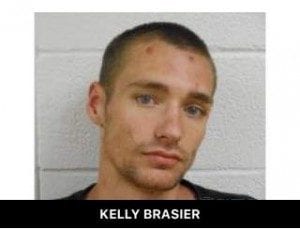 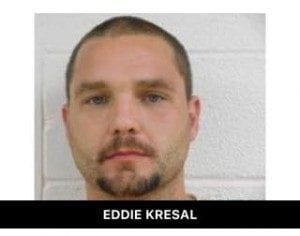 The suspect, Eddie Kresal, 32, was arrested and a search warrant for his residence was issued. Kresal was charged with assault by pointing a gun, discharge of a weapon on occupied property, possession of methamphetamine with intent to distribute, possession of a stolen firearm, possession of a firearm by a convicted felon, along with several other charges. Bond for Kresal was set at $150,000.

“Subsequently, based on information, we were able to obtain a search warrant for the residence of one of the suspects. Upon the execution of that search warrant, another individual was arrested and faces drug charges as well,” said Sheriff Holland.

Kelly Brasier, 22 was arrested and charged with, possession of drug paraphernalia and possession of methamphetamine. Brasier’s bond was set at $2,000.