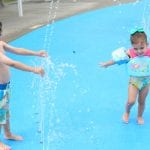 When North Carolinians William Hooper, John Penn, and Joseph Hewes risked their lives along with 52 others to sign their names to a document asserting the necessity to “dissolve the political bands” with Britain, Naturalist William Bartram was trekking through Western North Carolina and Cherokee Natives inhabited what became Franklin, 165 years later. Although much has occurred since the signing of

the Declaration of Independence in 1776, July 4 has been faithfully celebrated due to its significance as the birth year of America.

Despite the pandemic-led health crisis that has overshadowed 2020 thus far, Independence Day will not be overlooked.

The Town of Franklin announced June 18 that it would offer a July 4th fireworks show. Added to the Town’s pronouncement is assurance that spectators will be able to see the fireworks show and still have the ability to remain at a safe distance from one another.

“With the cancellation of the Chamber of Commerce’s annual fireworks show, the Town of Franklin stepped up to provide our citizens and visitors with a unique way to view fireworks. This is a first for the Town and we believe you will be able to see them from just about anywhere around Franklin,” said Mayor Bob Scott.

Fireworks Over Franklin will launch from East Franklin at 15 First Street, across from the Shops at Riverwalk (formerly East Franklin Shopping Center.) Thus, people parking all around the Town of Franklin should be able to view the show.

“In fact, many folks will not even have to leave their homes to view them,” said Scott.

“We are working with Hale Artificier, Inc. of Lexington, North Carolina, to produce the show,” said Summer Woodard, Town Manager. “This all-aerial show will feature hundreds of fireworks with nearly 250 shells in the grand finale alone. With so many summer activities on hold or cancelled due to the pandemic this year, it was important for the Town to maintain one of our local traditions.”

A perimeter around the site will be secured and spectators will not be allowed to park or walk close to the launching site, said Woodard. Individuals and families are encouraged to watch at a distance either from their homes and other areas around Franklin where the show will be visible. Those attending are expected to comply with all social distancing guidelines in place including six-feet of separation from others, and they are encouraged to wear facial coverings if leaving their cars at any time prior to or during the event.

“With so much fear and sacrifice because of the virus, coupled with the emotional whammy of the George Floyd death and aftermath, we need the Fourth more than ever,” said Vice-Mayor Barbara McRae. “I’m glad town residents will be able to enjoy the fireworks without exposing themselves to the potential danger of a crowd. It will be a welcome break and also a statement of faith in our country and our future, and our ability to work our way to a healthier, better place for everyone.”

“These are certainly challenging times for all us,” said Mayor Scott. “The Town of Franklin feels that it is important that we have a way to celebrate and create a safe way for our residents and visitors to share a wonderful experience while at the same time preserving physical distance.”

In partnership with WFSC Radio, the event will also feature a live broadcast beginning at 8:30 p.m. At 9:30 p.m., WFSC will air a patriotic soundtrack for the fireworks display; people watching the fireworks can tune into 104.9 FM.

Fireworks over Franklin will begin at 9:30 p.m. on Saturday, July 4. Prior to the actual fireworks display, test shells will be fired at 9 p.m. and 9:15 p.m. so that people “who want to view the fireworks display can determine if they might need to move to a different location for better viewing,” said Mayor Scott.

Rain date for Fireworks over Franklin is Sunday, July 5th at 9:30 p.m. The traditional July 4th parade on Main Street in Franklin has been cancelled. However, merchants on Main Street are showcasing their retail offerings by sponsoring a sidewalk sale from 10 a.m. to 5 p.m. on Saturday. The event will feature music, snow cones and plenty of good bargains. Some stores may be open late as Main Street may be the best view of the fireworks happening in East Franklin.

Highlands in Macon County will not offer a fireworks show this year, but shops, restaurants, hiking trails, and more are open. And, as a way to celebrate Independence Day, Highlands Chamber of Commerce is providing a virtual concert, live-streamed on the Chamber’s Facebook page. The Wobblers, a South Carolina band, will perform at 7 p.m. on Saturday, July 4th. With an emphasis on New Orleans style rhythms and unique instrumentation, the band pulls from a wide variety of influences, including gospel, blues, hard-bop jazz, and old school twangy country.

Even though Cashiers’ annual Fireworks Extravaganza on the Green has been canceled, Celebrate Independence Day with the Friends of Lake Glenville is still occurring. On Friday, July 3, beginning around 9:30 p.m. is a presentation of the annual fireworks spectacular over the lake.

On July 4, fireworks will begin at dark, around 9:45 p.m., and can be seen from anywhere around the downtown area of Sylva, according to fireworks organizers at the Jackson County Chamber of Commerce.

“The Chamber thanks their corporate sponsors who make the fireworks show possible,” said Kelly Donaldson, assistant director. A Concert on the Creek at Bridge Park, along with food trucks and kids’ activities, were also supposed to be part of the July 4 celebration, but Donaldson issued this statement after the N.C. Governor’s announcement on Wednesday, June 24, to extend Phase 2 of Covid-19 restrictions until at least July 17: “The Jackson County Chamber of Commerce has postponed the 11th season of Concerts on the Creek again until at least July 17.

Jack the Dipper, a 1976 established ice cream shop with four Western Carolina locations, including one on Georgia Road in Franklin, is celebrating National Ice Cream Month with the I Pledge for Ice Cream Project. In an effort to bring awareness to American patriotism – surrounding Independence Day – the business will award any child at or below the age of 12 (accompanied by an adult) who can recite the Pledge of Allegiance a free small ice cream in one of its signature made-to-order warm waffle cones.

The kickoff will take place all day on Saturday, July 4, as well as every Monday and Tuesday from 4 to 7 p.m. during the month of July at all Jack the Dipper locations: Franklin, Sylva, Waynesville, and Fletcher.

According to Michael Martone, owner, “The I Pledge concept was created by ice cream entrepreneur and Hollywood movie producer Stratton Leopold and his wife Mary, who launched the I Pledge for Ice Cream Project in Savannah, Ga., on July 1, 2010, to underscore the importance of teaching patriotism to young children. Jack the Dipper also strongly agrees with these principles and is excited to continue supporting this concept. The project received the coveted Promotion of the Year Award from National Dipper Magazine at the National Ice Cream Retailers Association Convention in 2010, and has since spread across 39 of the United States to over 165 ice cream shops.”