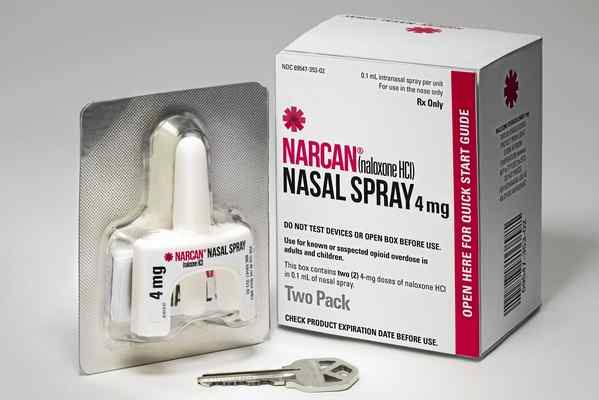 Nearly 7,000 drug overdoses have been reversed in North Carolina since August 2013, thanks to an antidote for opioid overdoses called Narcan (naloxone).

Since January of this year, Macon County Emergency Services have administered 67 doses of the drug, most of which have been for apparent opioid overdose related. Macon County Emergency Medical Services (EMS) Supervisor Jeremy Cabe made a presentation to the town of Franklin Monday night, encouraging town officials to consider funding the drug for the Franklin Police Department. Cabe noted that out of the 67 cases in the county this year, at least five have been in the Franklin district with a 5 to 8-minute average EMS response time. Having the police department carry the drug, will allow those who need it to receive the drug sooner, said Cabe.

Naloxone use in the state increased after North Carolina’s Good Samaritan Law was amended in 2013. The clarification allowed victims of a drug overdose and the people looking to help them to be legally protected from arrest or liability. Pharmacists who distribute naloxone to those at risk of an overdose are also protected under the law. Since the law was changed, more than 46,000 naloxone kits have been distributed to organizations and community members across the state.

The Franklin Town Council unanimously voted to fully equip all 18 of the town’s patrol vehicles with Narcan. The program will cost the town $39.22 per dose for each of the 18 patrol vehicles in the police department for a total cost of $706. While the town of Franklin will provide funds to start the program, according to Cabe, EMS will then replace each kit as they are used, so the town will have no other financial investment after the program is started.

The town will be using the Narcan Nasal Spray for emergency treatment of overdoses. With the drug being given intra-nasally with no injections or syringes, it will be a safer route to administer with less worry about further harming responders and patients, said Cabe.

Cabe told the council the EMS has been successfully using the reversal drug for years and as a follow-up to the program Cabe started with the help of local fire departments, he recommended the use of Narcan by each of the patrol units of the police department to help make the drug more readily available to those suffering from drug overdoses.

“The EMS have been using Narcan for years,” said Cabe. “Now it’s been approved for first responders and lay persons to use. It is very safe to use, and we are seeing an increasing need for it in the county. It has a very easy implementation as far as training and the safety aspect.”

Cabe said that an added advantage of increasing the availability of Narcan with the patrol units, is to treat the ever-increasing exposure of drugs to public safety professionals.

“The more doses we have on scene is always going to be a good thing,” added Cabe. “The average response time by the EMS in the county is less than 10 minutes and the town of Franklin is less than five minutes,” said Cabe.  “But an officer could get there, secure the scene and safely administer the medicine; we are talking about millions of neurons saved.”

Cabe explained to the board that if a person has taken opioids and is then given Narcan, the opioids will be knocked out of the opiate receptors in the brain. Narcan can help even if opioids are taken with alcohol or other drugs. After a dose of Narcan, the person should begin to breathe more normally and it will become easier to wake them.

As of June 30, the kits were currently being used by 159 law enforcement agencies in 68 counties in North Carolina.  In addition, nearly 69 percent of the state’s retail pharmacies now distribute the drug.

Franklin legal counsel John Henning Jr. said he has looked into the nationwide movement to make Narcan more accessible to first responders and law enforcement, and under the Good Samaritan Overdose Law, the town will not incur any liability with the administration of the drug by the police department.

Franklin Police Chief David Adams said that his staff will undergo the proper training to administer the drug over the next month or two, and once that is completed, the patrol unit will begin carrying the drug.