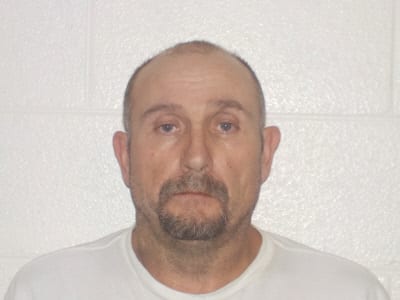 Just after 6 p.m. on Monday, Franklin Police Officer Randy Dula initiated a traffic stop on 441 South near the community building on a Ford SUV with a Texas license plate. Franklin Police Chief David Adams said that during Officer Dula’s interaction with the occupants of the vehicle, Officer Dula was able to recover 21 grams of methamphetamine inside of the SUV.

Deputy Josh Stewart with the Macon County Sheriff’s Office Narcotics Unit said 21 grams of meth would have a current street value of about $2,400.

After detaining both the driver, Michael Dwayne Webb, 48, and a passenger, Cherita Louise Foster, 51, Officer Dula was notified that Webb was wanted on an active fugitive warrant from Texas.

Raymond Estrada with the Texas Department of Criminal Justice said that Webb is currently listed as being on active parole for evading arrest/detention with a vehicle. He was given a five-year sentence and was scheduled to be on parole until May 27, 2018.

Both Michael Webb and Cherita Louise Foster were each charged with felony possession with the intent to manufacture, sell and distribute methamphetamine, maintain a vehicle or dwelling place containing a controlled substance, and possession of drug paraphernalia. Foster was also arrested for alter/steal/destroy criminal evidence.

According court documents, the pair had traveled to Franklin from Texas and listed their address as The Budget Inn.

Foster was booked into the Macon County Detention Center on a $15,000 bond. Webb was booked on a $15,500 bond and is currently awaiting extradition to Texas.