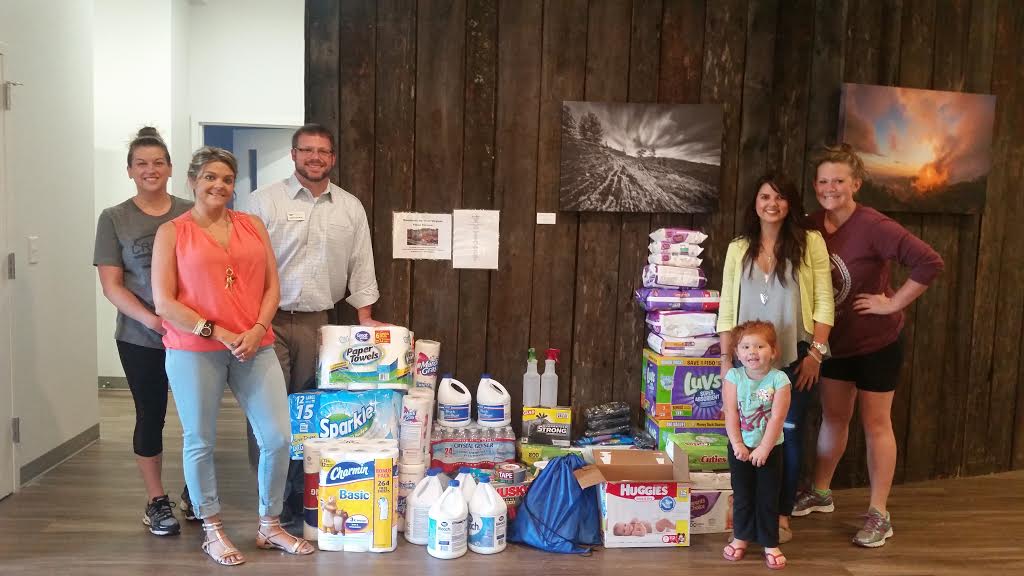 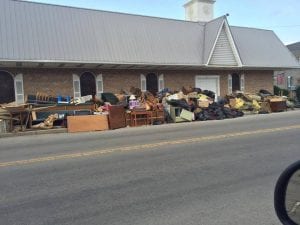 The flooding caused President Barack Obama to declare West Virginia a disaster area so residents devastated by the flooding can receive both state and federal funding.

Macon County residents joined people across the country who rallied around West Virginia to send volunteers and donations to help those impacted by the flooding. Franklin resident Amanda Zari, a personal trainer at Franklin Health and Fitness, worked with the facility’s owner Rodney Morris to set up a collection drive for community members to help get needed supplies to the most impacted regions of the state.

“Southern West Virginia was my home for five years, my daughter was born there,” 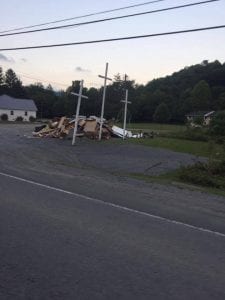 said Zari. “I taught in a very poor area and knew the devastation would be almost impossible to recover from. My husband Anthony and I have always tried to be examples for our children by helping our neighbors and this situation in West Virginia is another way to do that.”

Franklin Health and Fitness invited the community to drop off needed items in the center’s lobby and plans to continue accepting donations to take another load to West Virginia on July 12. The first truckload of items was taken to West Virginia by Zari’s father Thomas Ort, who delivered the donations to a distribution center in Greenbrier County to be given to those affected.

“Driving through Southern West Virginia is normally one of the most peaceful places in the world to drive through,” said Ort. “Drivers are polite and never seem to be in a hurry. The quaint small towns are normally a place of peace and laughter but the atmosphere has shifted dramatically. As you enter Rainelle, you see what you first believe is a mountain. Upon a closer look, however, you discover that it is actually a pile of items that couldn’t be salvaged.  As I was delivering the items to the distribution center, I was taken aback. Everything these people own has been destroyed. Houses have been picked up and relocated by the flood waters. It is impossible to understand the magnitude of the damage these storms caused without seeing it yourself. Businesses were demolished leaving many in the area unable to work and provide for their families. The people of West Virginia need and will continue to need our help for many months to come.” 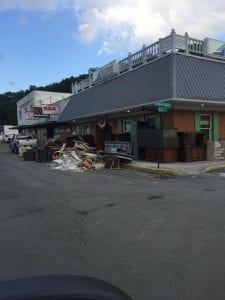 The first truck load of items collected by Franklin Health and fitness were intended to help with the initial clean up. Items such as  bleach, paper products, bags to keep kids entertained in the shelter as many families lost everything, diapers, wipes, and non-perishable food all made the trip from Franklin to West Virginia last Thursday.

“This week we are collecting those things plus garbage bags, shovels, hammers, finishing nails, and things to use in the demolition and rebuilding stage,” said Zari. “The next load will be going out on July 12.”

Zari’s efforts to collect supplies spread through Facebook and word of mouth garnering support for the cause.

“I am blown away by the support of Franklin Health and Fitness and everyone in our community as we have been collecting items for the flood victims in West Virginia,” said Zari. “The damage done by this rainfall is so widespread and extensive it will take the help of many to get the state back on its feet. I feel so thankful that so many have stepped up to make a difference in these families’ lives.”

Those interested in donating items can do so by dropping items off in the lobby of Franklin Health and Fitness though July 12. Items in need this week include: nails size 6, nails size 8, flat pry bars, crow bars, wrecking bars, hammers, nail pouches, saw horses, and hand saws.

Other Macon County residents have also headed up collection efforts to get needed items to West Virginia. Pleasant Hill Baptist Church in Franklin has been involved in missions in McDowell County, WV for the last seven years and when word of the flooding hit, they began rallying the community for donations.

“We have collected a lot of items and will have a trailer load, ” said Jenny Campbell. “Pleasant Hill has been involved in missions in McDowell County, WV for about 7 Years now and supported My husband Rick and I the three years we lived in WV doing full time mission work. So the connection we have with our friends in WV is strong.”

While McDowell County was not effected by this flood, Pleasant Hill Baptist Church wanted to help their neighbors in WV. “So we partnered with Little Sparrow Ministries in McDowell County and will be dropping these items off in Rainelle, WV on Saturday, July 9,” said Campbell. “They have a big distribution center set up. They also haul supplies to other nearby towns who need them. There have been several local and out of town businesses, along with churches and individuals who are making this all possible.”

Jenkins hopes for snowy weather for Cold for a Cause