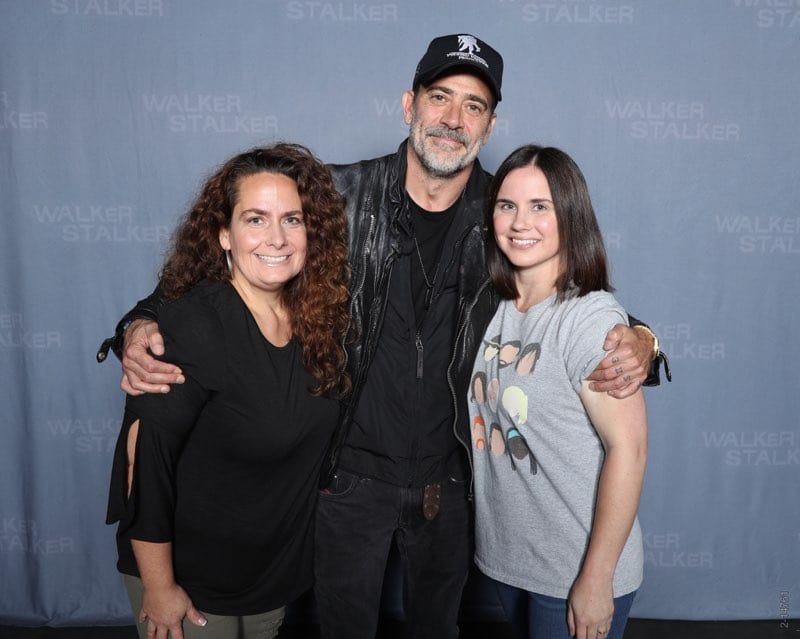 The week after the 100th episode of the AMC’s “The Walking Dead” aired, thousands of fans celebrated the show in Atlanta last weekend. The zombie-themed Walker Stalker Con took over the Georgia World Congress Center with fans looking to get a glimpse of their favorite TWD cast members.

Walker Stalker Con has become a popular convention, offering something for everyone from diehard fans to families, to those with a growing interest in the genre. With the show originating in Atlanta and much of the series filmed in and around the city, Atlanta stands as one of the largest stops on the Walker Stalker Convention tour.

The convention has grown far beyond just fans of “The Walking Dead,” but features fan favorites from horror classics. More than 60 of the most popular actors from shows such as “The Walking Dead,” “Fear the Walking Dead,” “Ash vs. Evil Dead,” “Bates Motel,” “Sons of Anarchy,” “Lost,” “The 100”, “Z Nation” and more will speak to the audience, meet fans, pose for photos and sign autographs.

Franklin residents made the trek to Atlanta for the event and hoped for a chance to mingle with some of their favorite actors.

“I’m a huge fan of ‘The Walking Dead,’” said Angel. “I wanted the opportunity to meet the actors and actresses. Great time at WSC Atlanta with my husband and my friends. Loved sharing this experience with them.”

While this was the first year Angel has attended the Walker Stalker Convention, Angel said that she and her husband have traveled to Atlanta to visit some of the show’s filming sites.

“This past summer, my husband and I went to Senoia, Ga., where the show is filmed,” said Angel. “We took a tour with Chandler Riggs’ Dad Zombie Roadtrip Riggs Tours and Autographs  The tour is given by William Riggs, the father Chandler Riggs who plays Carl Grimes on the television series.  The tour consisted of seeing filming locations in Senoia, Sharpsburg, and Grantville, Ga., and hearing behind the scene details.”

In addition to the tour, Angel said she and her husband did their own scouting to find additional show locations. “While we were there we also used Walking Dead Locations Google Map on their website  to locate filming locations using our GPS,” said Angel. “Some of the filming areas are on private property including Raleigh Studios, so some aren’t accessible to the public, but many are.”

While it was easy to get lost in the thousands of people ushering around the World Congress Center hunting down their favorite starts, Angel said her favorite part of the experience was getting to interact one-on-one with the celebrities during the autograph sessions they purchased for the event.

“My favorite part was the autograph/selfie options for the actors and actresses,” said Angel. “It gave you the opportunity to personally interact for a few moments with your favorite celebrity.  The photo ops were great too, but not as personal and very quick.”

“This was my first time, but I would like to go back,” said Barnett. “I love ‘The Walking Dead’ and I wanted to meet the actors.”

Potholes in N.C. being repaired in 48 hours