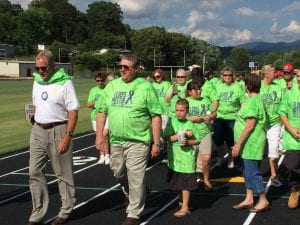 This year marks the third consecutive year that the senior walk was held in Franklin. The walk is held in conjunction with the seven far westernmost counties in the region who all walk at the same time to simultaneously work together to raise awareness. Last year, more than 300 participants joined in on walks held throughout the region.

According to the National Council on Aging, approximately one in 10 Americans ages 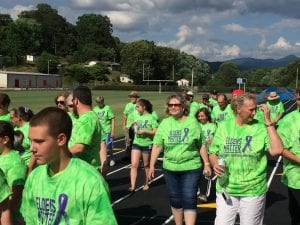 60-plus have experienced some form of elder abuse. Some estimates range as high as five million elders who are abused each year. One study estimated that only one in 14 cases of abuse are reported to authorities.

Abusers are both women and men. In almost 90 percent of elder abuse and neglect incidents, the perpetrator is a family member. Two thirds of perpetrators are adult children or spouses.

Verbal or emotional abuse: Belittling, threats, or other uses of power and control by individuals

North Carolina law requires anyone who suspects that a vulnerable or older adult is being abused, neglected or financially exploited to report this information to Adult Protective Services in the county where the adult resides. 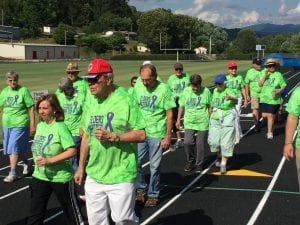 Potholes in N.C. being repaired in 48 hours