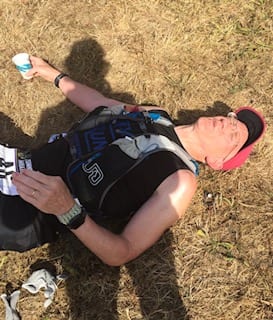 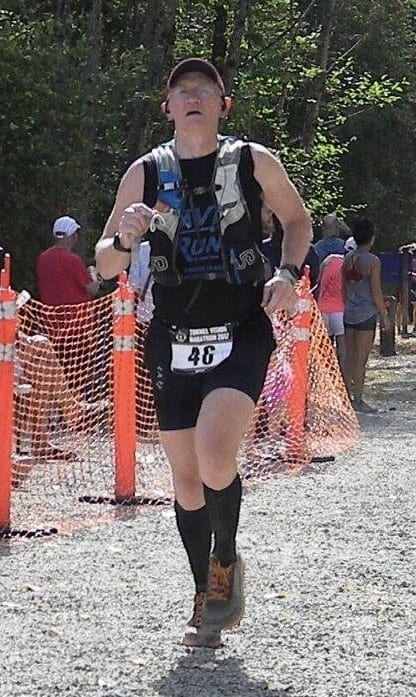 At 62 years young, Macon County resident and attorney Russell Bowling has had a lifetime of adventures, but he is venturing into uncharted territory as he embarks on his latest adventure, competing in the 2018 Boston Marathon.

Bowling, who turns 63 at the end of the month, is going into overdrive to prepare himself for the 2018 Boston Marathon, scheduled for April 16. The marathon runs 26.2 miles from Hopkinton, Mass., to Boston.

The Boston Marathon, organized by the Boston Athletic Association, is the world’s oldest marathon. It takes place on the third Monday in April, also known as Patriot’s Day, which is a holiday (in Maine and Massachusetts) that commemorates the famous battles of Lexington and Concord. The race garners around 30,000 runners from across the country each year and to be able to compete, runners must achieve qualifying times in sanctioned events. Bowling was able to improve his race time to be able to register for the next Boston Marathon.

“The Boston Marathon has qualifying standards for runners (male and female) according to age,” said Bowling. “The current qualifying standard for my age (60-64) is 3:55:00. At the Raleigh Rock N’ Roll Marathon, I finished in 4:02:01. The Raleigh Rock N’ Roll Marathon course was a difficult course due to the number of hills. Then I seriously decided to attempt to qualify to run the Boston Marathon, while I was still “able” – I’m not getting any younger. I began searching on the internet for a course that would be favorable to obtain a Boston qualifying time for my age division.”

That’s when Bowling found the Tunnel Marathon race, which was happening just outside North Bend, Wash.

“Originally, the race was held one time a year, but this year the organizers held the race three times,” said Bowling. “I selected the race held on Sunday, Aug. 20, 2017, which was called ‘Tunnel Vision Marathon.’ The course is set in the North Bend and Snoqualmie area, and is an off-road course featuring a two-mile tunnel cut right through ridged landscape, with a 2,000-foot descent on a gravel trail. It has been ranked as one of the top-10 fastest marathon courses in the United States.”

Bowling’s qualifying race was run on the point-to-point course, which means runners are bussed to the start, at Snoqualmie Pass and then run downhill to the finish. Bowling, along with about 400 other runners began the race promptly at 7 a.m.

“I finished in 3:48:45,” he said. “I started out the race running with a pace group for a 3:40:00 finishing time. However, after 11 miles I fell behind the pace group. The rest of the marathon I did my best to continue running as hard as I could. I thought that I wanted to slow down, but I knew that I had to keep running as fast as possible, since I had traveled that far to run this race and so many of my running group friends were pulling for me. I didn’t know exactly how I was doing until I got to the finish line. I was ecstatic to see that the timing clock indicated that my time was at least 5 minutes below the Boston qualifying standard for my age division. After crossing the finish line, the only thing that I wanted to do was lay down, which I did immediately.”

Bowling had five marathons under his belt before undergoing a full hip replacement. He has always been an avid runner, with his first marathon occurring in 1991 when he was 36 years old. Bowling ran the Chicago Marathon with a finishing time of 3 hours and 42 minutes. Despite being 26 years older, Bowling has only added six minutes to his marathon time, and that comes while adding a total hip replacement in 2010.

Bowling credits a local running group with the inspiration and support to continuing running after his 2010 hip replacement.

“Also, in January I ran the Houston Half Marathon at a fast time of 1:47:48,” said Bowling. “I started thinking about possibly trying to qualify for the Boston Marathon. Previously, I never thought I would actually be able to qualify and the only way I could run would be as a charity entrant. Charities are allotted certain spaces for runners who agree to raise money for the charity. I talked to Wayne McDaniel, who previously qualified for the Boston Marathon several years ago to learn more about the process of qualifying.”

Bowling’s daughter, Jessica Eason and her husband, Parker Eason, are currently relocating from Houston, Texas to the Hartford, Conn., vicinity, which is about two hours west of Boston. Bowling said having family nearby for the race and a comfortable place to stay will help him get ready for the race.

With six months to prepare for the Boston Marathon, Bowling plans to continue training with the Franklin running group, while adding several other marathons to his schedule.

“Between now and April 2018, I plan to continue training with my running friends. I plan to run several marathons including Houston, Asheville, and Chickamauga, Ga.,” said Bowling. “The Boston Marathon has a lot of history and tradition. I am looking forward to the whole Boston Marathon ‘experience.’ I’m happy to have achieved my goal of qualifying for the Boston Marathon, however, I am disappointed that no other member of the Franklin Shameless Running Group will be running it with me. I feel very blessed and thankful that I have a healthy body that allows me to participate and enjoy the sport of running. I know that I would not have been able to have accomplished this goal without the encouragement and support of my wife, Rebecca Bowling, and my running friends in Franklin’s Shameless Running Group.”