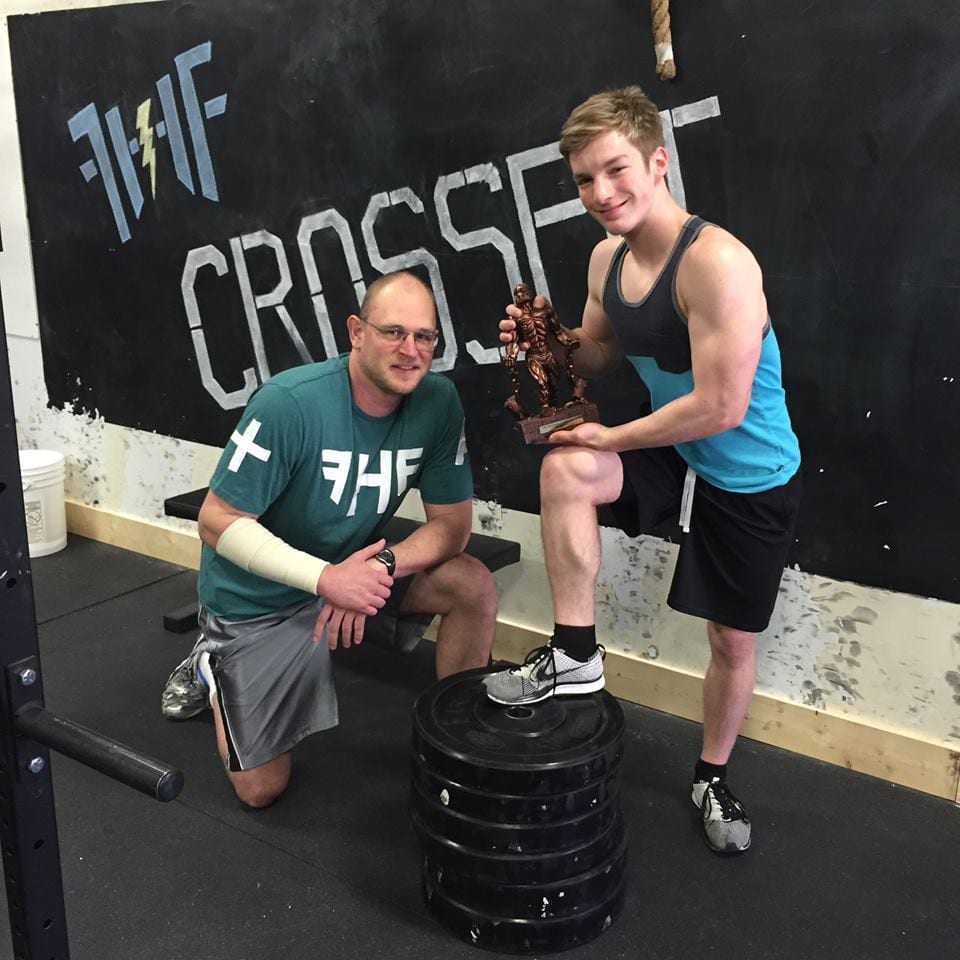 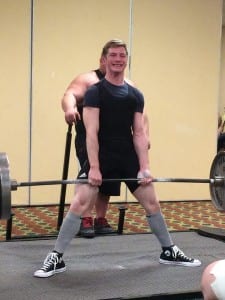 Mershimer competed at 148-lbs weight class in the 13-15-year-old division and secured the first place spot after bench pressing 205 lbs. and deadlifited 345 lbs. for a combined weight of 550 lbs. for the two lifts. In addition to the first place victory, Mershimer placed 70th overall for the region.

“This was my first competition, so I really didn’t know what to expect,” said Mershimer. “I was competing against two or three other kids my age, but the majority of everyone else at the competition were older than me. I am happy to have this first competition out of the way so I can keep training and focusing on improving.”

After Mershimer finished with band at Franklin High School, he switched his focus to training for the competition. With the help of Franklin Health and Fitness’ cross fit coach Jon Lyon, Mershimer began the gym’s CrossFit Teens class.

“I met Jordan when he was at Trimont Christian Academy,” said Lyon. “He was in 7th grade and enjoyed the CrossFit Kids gym classes. Since he had done gymnastics for eight years he caught on to many of the exercises used in the class. He wanted more. He began training after school doing power-lifting with a couple other guys from school. What makes Jordan particularly stand out is that he began studying lifting form, technique, and volume training on his own.”

After Mershimer began seeing improvements on his lifts, he began to clean up his diet, research competitions, and started to show dedication and diligence Lyon said is rare in most 15-year-olds.

“His personal drive, attention to detail and coach-ability have set him apart from his peers and ultimately led to winning first place at the Southern Power-Lifting competition,” said Lyon. “There is no doubt his conditioning through cross-fit kids and my knowledge gained through being certified in the NSCA [National Strength & Conditioning Association] helped him develop as an athlete, But clearly, Jordan’s continual dedication to improving himself makes him stand out.”

According to Mershimer, while winning competitions is a perk to his training, he believes that the dedication and drive he learns in Crossfit is something that will continued to benefit him for the rest of his life.

“The most important thing I have learned while training at the gym is the importance of a strong work ethic,” said Mershimer. “Training with Jon has taught me a work ethic that translates into other areas of my life, not just Crossfit. It teaches that even when you want to quit, in school, or work, or anything, that when you think something is too much or too hard, that if you develop a mindset that encourages you to push through it and try one more time, you can accomplish more than you ever imagined. That mindset and that attitude is something I might have learned in my crossfit classes, but I know that it is going to last a lifetime.”

While training for the competition, juggling the transition from middle school to high school and going from a private school to public school, Mershimer credited Franklin Health and Fitness and his training for being able to balance it all and still received As and Bs in school.

“One of the biggest changes I have seen in Jordan is his self confidence,” said Lyon. “He went into a new school, and decided that he wanted to try out for color guard. To be in a new school and to decide he wanted to do something new to him, and something that isn’t typically welcomed as a sport for male athletes, Jordan did it without hesitation. Then, he invites other guys to do it, and they agree. That is confidence.”

Now with his first competition behind him, Mershimer is switching his focus and training to his next competition, which is just three months away, and although he took first place, Mershimer wants to continue improving.

“From the first competition, I learned things I can do to get better and areas I can improve on. I need to focus on my strength training and work in cardio,” he said. “I can take the things I learned and be even better at the next competition.”

Franklin Health and Fitness’ CrossFit Kids is a strength and conditioning program that is specifically designed for children and teenagers and helps them develop a lifelong love of fitness. From “Mini machine” classes beginning at three years old, to CrossFit teen classes, the classes are designed for kids of all ages.

“We wanted to create a program that helps to build a foundation for the rest of their lives,” said Franklin Health and Fitness owner Rodney Morris. “Jordan is a perfect example of what we want to do and create for the youth in our community through this program and we couldn’t be more proud of him and all of his hard work.

After a lifetime of public service, Officer Seagle hangs up his...