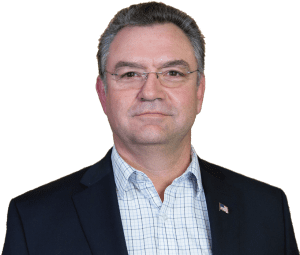 On Wednesday, caucus members prepared amendments to the state budget proposal for the afternoon floor session. At 2 p.m.,  the House session was convened and considered numerous bills, including:

– HB84, Sex Offender Premises Restrictions, extends premises restrictions to certain additional sex offenders. The House passed the compromise conference report by a vote of 108-6. I voted in favor of the bill.

– HB911, Regulatory Reform 2.0, would amend various State laws related to State and local government, utilities, education, occupational licenses, and other regulations. I voted in favor and the bill passed, 73-42.

– SB35, Make 4-Year Age Diff. To Marry Under 18 Yrs, would amend the lawful age of marriage to 16 years of age or older and would provide a maximum four-year age difference for a 16- or 17- year-old to marry. The bill passed unanimously, 115-0.

The House held its first vote on the House version of the state budget, SB105. The budget would provide raises for teachers and state employees. State retirees would receive bonuses over the biennium. I voted in favor and it passed, 72-41. Session reconvened Thursday morning for a third and final vote on the current version of the House budget. It passed again by a vote of 72-41.

– HB481, Firearm Disposal/UNC Campus Police, would allow all State entities operating under the three branches of government and the on-campus police departments of constituent institutions of The University of North Carolina to dispose of surplus weapons with a federally licensed firearm dealer. I voted in favor and the bill passed 93-8.

– SB191, The No Patient Left Alone Act, would enact the No Patient Left Alone Act to ensure visitation rights for patients in most healthcare facilities during a declared disaster or emergency. It would also require the Department of Health and Human Services to assess a civil penalty for violations of those visitation rights. I voted in favor and the bill passed, 88-14.

– SB257, Medication Cost Transparency Act, would require pharmacy benefits managers (PBMs) to be licensed. It would add to the consumer protections in G.S. 58-56A-3, restrict PBMs from prohibiting pharmacies from taking certain actions, and establish rules for claim overpayments and PBM networks. The bill passed by unanimous vote, 101-0.

– HB415, Update Chiropractic Laws, would allow the Board of Chiropractic Examiners to adopt, amend, and repeal rules to administer Article 8 of Chapter 90 (Chiropractic). It would also repeal several portions of Article 8 and make technical and clarifying changes. The bill passed unanimously, 92-0.

– HB489, 2021 Building Code and Development Regulatory Reforms, would make changes to laws that apply to general contractors; the State Building Code; and development regulation by local governments and under Chapter 160D of the General Statutes. I voted in favor and the bill passed, 75-17.

– SB636, Donor Privacy, would protect the identity of persons giving money or tangible goods to nonprofits for furthering that nonprofit’s charitable purpose, effective October 1, 2021. I voted in support and the bill passed, 58-34.

News from the Legislature  From the office of  N.C....