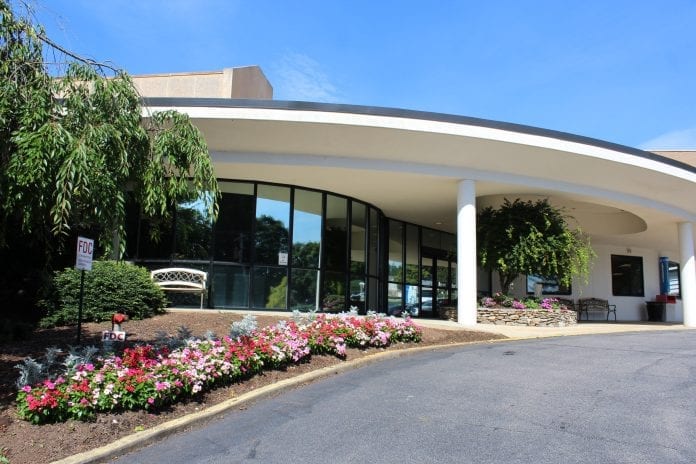 Angel Medical Center (AMC) was just one of the hospitals that HCA Healthcare acquired when their purchase of Mission Health Systems was finalized earlier this year. In addition to the new owners, hospitals like Angel Medical Center which have typically operated as not-for-profit facilities are now for-profit entities under HCA. While that designation changes several aspects of the day-to-day operations, one of the most noticeable are the rules for charitable giving in communities such as Franklin who have historically supported the hospital and programs through donations and volunteering.

With for-profit HCA Healthcare now running the hospitals, foundations that have historically raised funds from donors to support local hospitals that had become part of Mission Health over time can no longer do so.

For Macon County residents, the foundation that previously served Angel Medical Center is now known as the Nantahala Health Foundation. The Nantahala Health Foundation was created from a capacity building grant dispersed by Mission Health System. The grant was funded initially by an investment from the Mission Health-HCA transaction proceeds. Future funding will be determined by the progress the foundation makes in its inaugural year through a diverse array of initiatives that are currently in development. Set to start fully operating in September, the new Nantahala Health Foundation now has a board in place, and Lori Bailey, whose nonprofit work focused on youths and families in crisis, was named executive director.

According to the foundation’s information page, “The Nantahala Health Foundation works with local organizations in Cherokee, Clay, Graham, Jackson, Macon, and Swain counties and the Qualla Boundary and explores cutting-edge programming to both build capacity and address the six areas that measure community health: education, economic stability, healthcare, neighborhood and built environment, and social and community context.”

The foundation will have a grant process through which different community agencies can apply. While the foundation says they will focus on community education, access to health care, poverty, quality of housing, and other special categories such as transportation, it is unclear how programs previously funded by the hospital foundation will receive funding.

Programs such as Angel Medical Center’s Ladies Night Out have been historically funded through community donations. Now that Angel Medical Center is a for-profit entity, those funding sources are no longer available. Bonnie Peggs, who has been in charge of Ladies’ Nights Out, said that funding for the program is still up in the air. Jane Kimsey, who is on the board for NHF, was asked about funding for medication assistance programs and LNO, she referred to the grants page. However, the grant page addresses programs runs by the community and supported by the hospital, not programs run by the hospital, and supported by the hospital.

The NHF isn’t the only foundation now operating in Macon County. The Highlands-Cashiers hospital has a separate foundation, which serves the same area as the NHF.

“NHF is fully independent in its strategy for funding, as is HCF,” said Kimsey. “Collaboration will certainly occur between NHF and HCF as together we serve the six westernmost counties and the Qualla Boundary.”

The new hospital foundations such as the NHF were created when Mission Health System was sold to HCA Healthcare. As part of the acquisition, money from the sale was put into a newly formed foundation called the Dogwood Health Trust.

Dogwood Health Trust was then positioned to begin awarding $50-$75 million in annual grants to nonprofits and government agencies in 2020 for health initiatives throughout the region once criteria and the application process was established. The foundation was also expected to help get the former legacy foundations up and running by providing them each with $5 million at the close of HCA’s purchase of Mission hospitals. The foundations will also receive $5 million at the end of year one of operations and one more $5 million installment at the end of year two. Dogwood Health Trust will also support the salaries of the foundations’ executive directors for the first two years.