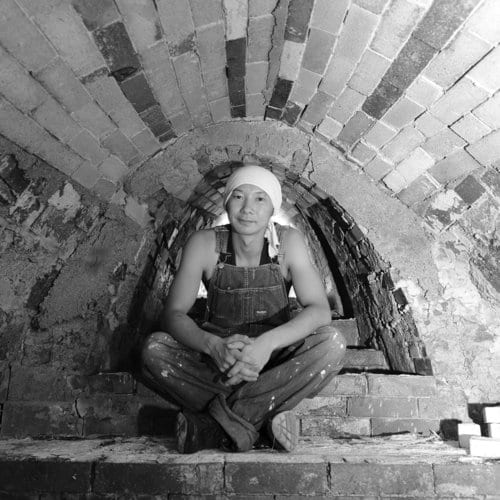 Kazuya Ishida, 33, has apprenticed under noteworthy pottery artists, worked at the finest pottery studios in England, was involved in the London Hatfield Ceramic Show in 2015, and has been an Artist in Residency at Oxford University. Yet, a goal for this globally recognized pottery artist was to visit “nature and potters” in the United States. And, due to modernity’s ability to connect people through social media, an Oxford friend knew someone who knew someone … who invited him to spend a few days in the Town of Franklin.

Ishida visited March 29-31, staying at the home of David and Bonnie Pickartz. He planned to learn about the Appalachian Trail and hiking, as well as absorb as much of the natural surroundings as possible to provide inspiration for his artistic pottery. “Nature helps make objects beautiful,” said Ishida. “And this area is very beautiful.” 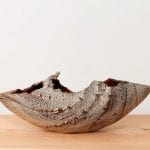 Ishida comes from a family of potters and was born in a village that has for centuries churned out skilled potters. The town of Imbe is the home of traditional Bizen ware, a style of pottery unique to Japan.

According to Ishida, his works are based on the traditional British technique of making a pattern using colored mud. He explained.

“Slipwear and the centrifugal force of a roller are used to make the original technique – screwing – which makes use of the twist.” 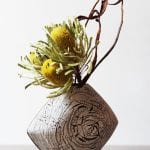 His goal is to “always think about texture,” and he has created unique tools for use in crafting his pottery. He is inspired by the beauty created by nature such as shells, strata, glaciers, and bell stalactites. Designs are “shaped while combining the natural mind and changes that occur with the unique spirit of Bizen that brings out the characteristics of the material.”

Ishida said he uses a traditional pottery wheel some of the time, but then works only with his hands. Also, much of his work is put into a pinewood kiln, which he said produces a distinct smoke resulting in varying colorations. 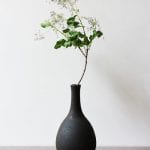 “His pottery is stunning … organic,” Bonnie Pickartz, who researched Ishida’s works after she was asked by a friend to host him when he visited Franklin. “I’m really honored for him to stay with us.”

In 2015, Ishida was invited by the Oxford Anoresu Project (Oxford University) to spend about three months annually as a lead potter and lecturer.

From Franklin, he will travel to Star, N.C., where he will exhibit works for arts-centered work community STARworks’ annual Firefest event. From there he plans to spend close to two weeks viewing the natural landscape and pottery in Arizona and New Mexico before he returns to his native Japan.

Hotel California: A Salute to the Eagles returns to SMCPA