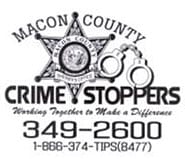 Gov. Pat McCrory announced Thursday that the state is offering a reward of up to $10,000 to be issued to anyone who provides information leading to the arrest and conviction of the person or persons who are responsible for setting wildfires in Western North Carolina. More than 46,000 acres have been burned by wildfires throughout the region, many of which are believed to have been man-made.

“We are committed to doing all we can to support our firefighters, protect people and property, and find those who may be responsible for any wildfires in North Carolina,” said Gov. McCrory. “Firefighters are making progress but the job is not over. I especially want to thank the volunteers serving as firefighters and those helping to feed, house and support firefighters in communities throughout our state.”

“We are grateful that the Governor announced a $10,000 reward for information leading to the arrest and conviction of anyone caught setting fires,” said Sheriff Holland. “Both the Sheriff of Jackson County and Macon County have made our Crime Stoppers hotlines available for those tips.”

Speaking from the Bat Cave Volunteer Fire Department in Henderson County, Gov. McCrory stressed that while wildfires may have been started by people, dry conditions are causing fires to spread so people throughout Western North Carolina need to continue taking steps to prevent wildfires. He also expressed concern about air quality throughout Western and Central North Carolina.

Areas across the mountains could see sustained winds of 20-35 MPH with gusts of 30-50 MPH Saturday morning through Sunday evening. Gusty winds and lack of moisture will increase the threat of wildfires, as dry weather looks to continue across the state through the middle of next week. Drought conditions continue to spread eastward, and almost half of the state is classified under drought conditions or considered abnormally dry.

The governor announced that the State Emergency Operations Center has been activated with the primary mission of providing and managing resources for the N.C. Forest Service. In addition, the western N.C. Emergency Management Regional Coordinating Center in Conover has also been activated. Emergency management and fire personnel are working to address Gov. McCrory’s top priorities of safety, protecting structures, containment and controlling costs.

More than 2,100 active personnel are now involved fighting fires which have burned more than 46,700 acres and threatened 1,800 structures. The Party Rock Fire in Rutherford County remains the No. 2 priority fire in the nation, forcing evacuations in Rutherford and Henderson counties. One shelter is open in Henderson County.

A stretch of Highway 74-A leading into Chimney Rock Village from the north and south remains closed. Highway 9 was closed yesterday from the intersection at Highway 74-A in Bat Cave north to Shumont Road.

In support of the U.S. Forest Service, N.C. Emergency Management’s Helo-Aquatic Rescue Team has deployed a N.C. National Guard Blackhawk helicopter to be on standby, along with local rescue technicians to perform any rescues necessary from wildfire fighting operations.

The Federal Emergency Management Agency (FEMA) has approved Gov. McCrory’s request for financial assistance through Fire Management Assistance Grants which allow FEMA to pay for 75 percent of the emergency protective measures taken in fighting the fires including expenses for field camps; equipment use, repair and replacement; tools, materials and supplies; and mobilization and demobilization activities.

Town of Franklin to look at beautification, parking issues on Main...