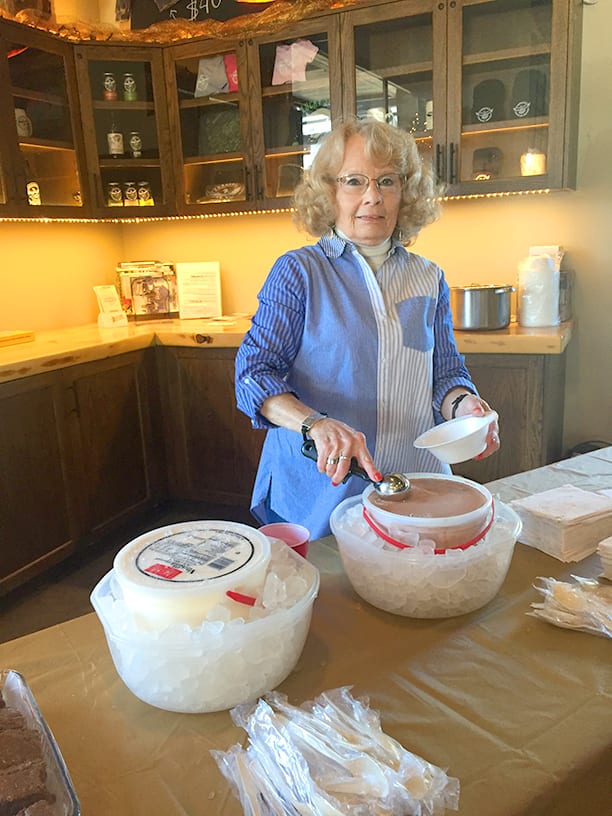 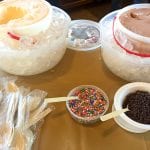 Currahee Brewery Company was the site last Sunday, Jan. 6, of not only beer sales but ice cream as well. Annually, R.M. and Betsy Hunter organize a Sundaes on Sunday fundraiser with all proceeds donated to the Cystic Fibrosis Foundation (CFF).

“Cystic fibrosis is my mindset now,” said Betsy, who has three 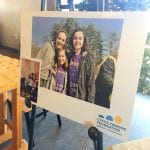 granddaughters affected by the genetic disease. Emma, 18, is considered a carrier of the cystic fibrosis gene, while Abby, 15, and Gwyn, 11, suffer symptoms of the disease.

According to CFF, “Cystic fibrosis is a progressive, genetic disease that causes persistent lung infections and limits the ability to breathe over time. In people with CF, a defective gene causes a thick, sticky buildup of mucus in the lungs, pancreas, and other organs. In the lungs, the mucus clogs the airways and traps bacteria leading to infections, extensive lung damage, and eventually, respiratory failure. In the pancreas, the mucus prevents the release of digestive enzymes that allow the body to break down food and absorb vital nutrients.”

The couple’s retirement is primarily spent fundraising for the Foundation that uses $.91 of every dollar to research medications, treatments, and specialized care for individuals living with the disease.

“Right now, every morning Abby and Gwyn have to get up early and put on a compression vest, which beats their chest to loosen the mucus,” said Betsy. “After 20 minutes with the vest on, they take their medications and go to school. Then, in the evening, they have to do nebulizer treatments and wear the vest again.” Both girls must also take pancreatic enzyme supplements to aid digestion.

At this year’s Sundaes on Sunday around $500 was raised. Not only were monies obtained by the sale of ice cream sundaes, but donations were placed in a jar and Currahee Brewing Company gave a donation.

Because the Hunters have lived in Otto for the past 12 years, they developed a fundraising campaign called Abby & Gwyn’s Gang that enlists the help of Otto residents and others to host bake and yard sales at the Otto Community Building throughout the year. Gang volunteers also assist with the Go Tell It on the Mountain 5K/1-Mile Walk & Run, which takes place March 30. Last year, the Gang’s effort resulted in more than $10,000 raised for CFF.

Betsy’s #43 booth in building two at Bryant’s Antique Mall in Otto is an ongoing fundraising source for CFF as 50 percent of sales are donated to the organization. Plus, the couple makes regular personal donations to CFF.

So far, treatments and medications have enabled Abby and Gwyn to go to public school and participate in activities. “The more activity the better to help their lung function. Abby participates in creative dance and Gwyn has been active in several things.”

The couple not only fundraises but is involved in the Charlotte-based Carolinas Chapter of CFF. They receive periodic newsletters, which keeps them abreast of research developments. “I had to become knowledgeable about cystic fibrosis,” said Betsy. “Knowing more about it and fundraising has made the diagnosis easier for me to take. I feel like I’m doing something.”

R.M. shared, “It means a lot to [the granddaughters] to know the fundraising is helping other children, too.”