Remnants of a pump house, scattered bricks, piles of stone, and even a wooden outhouse structure exist in the area known as the Needmore tract along the Little Tennessee River just off NC 28 near Tellico. However, the area’s main historic treasure is the ancient Cherokee trails system turned trade/access roads hidden among bottomland foliage.

Such was the subject of Alarka Expedition’s July 27th “Historic and Ancient Trails of the Little Tennessee Valley,” presented by Lamar Marshall, founder and research director of Southeast Heritage, and cultural heritage director of Wild South. His hour and a half slide presentation at Alarka’s classroom focused on how the Middle Town Cherokee communities were crisscrossed with trade and travel paths that extended back centuries.

For many years, Marshall has documented – alongside Cherokee researchers and archaeologists – how the trail system evolved to become modern transportation routes. He spent numerous hours at the Library of Congress amassing thousands of digital copies of historical maps, early surveys, journals, and first-person accounts. He also treks regularly through the Western North Carolina wilderness, sometimes alongside Cherokee guides, to learn where ancient trails and roads exist, and to document their condition.

“Lamar’s knowledge on the subject is unparalleled,” shared Brent Martin, conservationist and educator, who with his wife, Angela Faye Martin, owns Alarka Expeditions.

Marshall conveyed to approximately 10 attendees of the Saturday 10 a.m. to 4 p.m. event that many factors contributed as to why trails were established in particular areas, and how they became well traveled – and, in some cases, major routes and even the roads and highways used today.

“The number-one game here in Appalachia was the buffalo,” said Marshall. “They roamed in North Carolina, South Carolina, Georgia …” He explained that the Cherokee used trails to find and hunt the buffalo. The buffalo sometimes traveled and widened trails. Rich grasses grew where vast flocks of the now-extinct passenger pigeons congregated, which meant buffalo were drawn to these areas as well. The Cherokee also lived and gathered up and down the Little Tennessee River, so the trails became well-worn over centuries.

“Every new season there was something to pick, hunt, fish, harvest, or gather,” said Marshall. In fact, fish weirs, which were v-shaped rock obstructions to direct fish into traps, were built along the Little Tennessee River as well, so the Cherokee used the trails to gain access to them.

When Europeans began establishing Charles Town (which became Charleston, S.C.) and brought goods over by ship to trade, ancient trails became trade routes. “It was really in the 1700s that Indians started to become dependent on trade,” said Marshall. “If one tribe had guns, other tribes wanted guns … and then other items.

“Some of those trails ran along dividing ridges to avoid crossing ravines and streams. It was not always efficient to just follow the river,” he added.

As “road signs,” Cherokee marked trees with symbols. Sometimes, a pine tree’s bark would be pulled back, symbols etched into the bark, and then the sap would solidify the images so that they would last for many years. Other times, saplings were intentionally shaped with distinctive characteristics so that they grew and conveyed meaning along routes.

Marshall told attendees that his presentation only “touched the surface of the trails and routes. We assume that thousands existed, based on geographic characteristics.”

He and Martin led the group to a swinging bridge over the Little Tennessee River in what is commonly referred to as the Needmore Tract, which according to Mainspring Conservation Trust, involves protected lands that were occupied by the Cherokee and then settlers.

“Acquired by the State of North Carolina in 2004, the Needmore Game Lands now encompass more than 5,000 acres and 30 miles of river frontage in Swain and Macon Counties. When Mainspring purchased 38 acres in Swain County in October 2015, the legacy of adding to the Needmore Game Lands continued in this area of unparalleled beauty and biodiversity,” quoted from Mainspringconserves.org.

The group then ventured through dense vegetation along the river to find visible remains of the ancient Cherokee trail, which became widened during the Revolutionary War and from trading and then continued to be increasingly used into the 1830s when, ironically, the Cherokee were set upon the route and forcibly marched westward in what became the Trail of Tears due to the Indian Removal Act. Though difficult to discern in some places because of summer foliage, the floor and pushed up sides of the route are evident.

Macon County resident Ed Haight, who is involved in local conservation efforts, said his interest in area history and the trail system drew him to the Alarka Expedition event. His home, on the confluence of Buckeye Branch and the Tessentee Creek, was the apparent site of American Indian villages. He pointed out. “I’ve found pottery shards and arrowheads. So I’m always fascinated …”

Participant Lois Selfon, who referred to herself as a “Brent Martin roadie,” said she enjoys any educational activity that involves nature and exploration. “I stay as close to him as I can to learn as much as I can because there is so much in this area [Macon County] to appreciate and learn about. I’ve been to other Alarka Expedition events to learn about wildflowers, birds … but this is the first time focusing on Indian trails.”

Alarka Expeditions is a local guide service providing custom hikes and tours as well as scheduled group events.  Group courses often center on such topics as tree identification, nature journaling, phenology, and cultural/natural history. Sunday, August 4, is “The Literary, Visual and Photographic Arts of the Ellisons: A Reception” from 2 p.m. to 4 p.m. According to the Martins: “Members of the Ellison family will present their combined literary, visual, and photographic arts. George Ellison will read from a newly released biography on Horace Kephart, Back of Beyond, co-authored with Janet McCue. Visual artist Elizabeth Ellison and the Ellisons’ daughter, writer/photographer Quintin Ellison, will share paintings and photographs, respectively. For cost and information about upcoming events and expeditions, visit alarkaexpeditions.com. 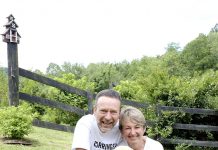 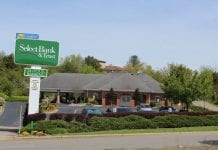 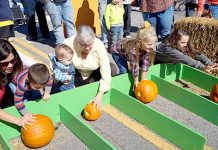