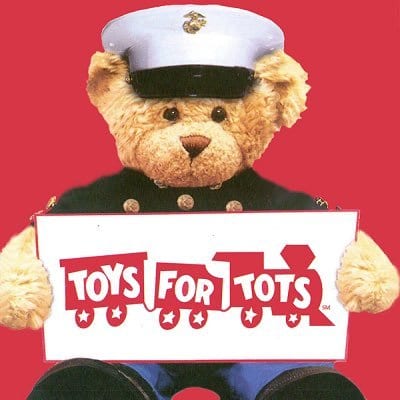 Each year, local volunteers collect thousands of toys for the annual Toys for Tots events in Macon County. This year, Hasbro, the third largest toy maker in the world, has partnered with the United States Marines, who heads up Toys for Tots each year, to encourage more people to donate. Hasbro has agreed to provide an incentive to the region collecting the most toys this holiday season.

“For 20 years, together we’ve distributed 3.5 million toys and games with a value of nearly $40 million,” said a spokesperson with Hasbro’s 2017 Holiday Campaign. “More importantly, we spread joy and smiles to children and families across America. This year, we invite you to be fearless and kind with us. Encourage your communities to be fearless and kind and increase toy donations to your local units. Tell your stories and celebrate your outstanding volunteers and supporters.”

The campaign is part of Hasbro’s “Be Fearless, Be Kind” initiative. When a toy is donated to the Marine Corps Toys for Tots Program, Hasbro will match it up to one million pieces. Be Fearless Be Kind is Hasbro’s largest philanthropic initiative and it is designed to inspire and empower kids to have the compassion, empathy, and courage to stand up for others and be inclusive throughout their lives.

In addition to matching every donation received this holiday season up to one million pieces, one Toys for Tots program in each region that has the largest percentage increase of donations from the community will receive an additional donation of 10,000 Hasbro toys and games for the 2018 holiday season.

Macon County is part of Region 2 Toys for Tots, which covers Macon, Jackson, and Swain counties in North Carolina and Rabun County in Georgia.

Toys for Tots is the Marine Corps’ premier community action program, one of the nation’s flagship charitable endeavors, an American tradition and a national treasure. For over half of a century, Marines have been the unchallenged leaders in looking after needy children at Christmas. The Toys for Tots message of hope for the future has motivated youngsters to grow into responsible, productive, patriotic citizens and community leaders. Toys for Tots has earned the distinction as a program which plays an important role in helping youngsters emerge from a background of poverty to adulthood as assets to society. Toys for Tots not only benefits children, but also has a positive impact on communities, on businesses – large and small, on the Marine Corps and on the nation. Toys for Tots is one vehicle for addressing the issue of poverty among children.

For more information about the 2017 Toys for Toys collection drive, contact Randy Hughes, coordinator for the area at ichughes@dnet.net