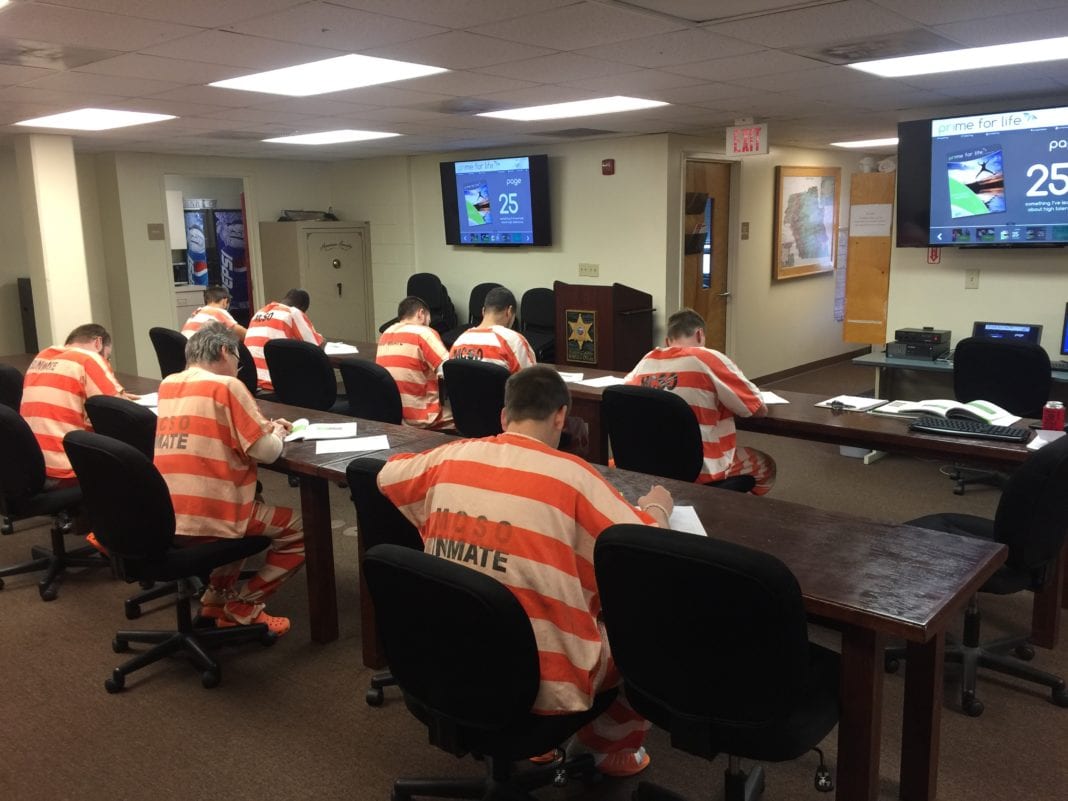 Opioid addiction has been plaguing the entire state with an 800 percent increase in the number of opioid-related deaths from 1999-2016. North Carolina committed to addressing the issue in the midst of the recently passed budget, allocating millions of dollars statewide to ramp up programs and expand resources for those facing addiction.

Tammy Keezer updated the board of health last week on information provided at a recent conference she attended with Board of Health Director Jim Bruckner. According to Keezer, the conference introduced North Carolina’s Opioid Action Plan, developed through a collaborative process. The document defines the opioid problem and establishes a plan to address the epidemic through 2021.

The rising number of opioid overdose deaths has created a public health crisis in North Carolina, with much of the burden of solving the program falling on local health departments. The increase in deaths over the last 17 years has resulted in 12,000 needless deaths across the state. The epidemic has only increased in severity with unprecedented availability of cheap heroin and fentanyl, said Keezer.

According to the Centers for Disease Control, the cost of unintentional opioid-related overdose deaths in North Carolina totaled $1.3 billion in 2015 alone.

The action plan aims to create a coordinated infrastructure, reduce oversupply of prescription opioids, reduce diversion and flow of illicit drugs, and increase community awareness and prevention. Keezer said the plan also intends to make naloxone, a drug that can reverse the effects of drug overdoses, widely available. The plan also intends to expand treatment and implement a recovery-oriented system of care, measure the impact and revise strategies based on the results.

The goal of the action plan is to reduce the number of opioid related overdose deaths by 20 percent by 2021.

Opioid-related deaths involving pain medications have historically been the leading cause of overdose deaths. Overdose deaths rates are higher among men, whites, and people between the ages of 25-54. Non-fatal overdose and administration of naloxone by EMS are increasing as are the health and social risks of drug use such as HIV, Hepatitis C, dependence and addiction, crime, violence, and family disruption.

According to Keezer, interventions and prevention programs, as well as treatment centers will be crucial in fighting the epidemic. According to the state, an  overwhelming majority of individuals incarcerated in North Carolina jails have some history of drug use. Treatment for those individuals is not only vital in reducing the number of addicts in the state, but will also ideally lower the state’s crime rates.

Macon County Sheriff Robert Holland has been working to implement a treatment program to address the issue specifically in Macon County.

Inmates in the Macon County Detention Center are working toward overcoming their addictions thanks to a program implemented by the Macon County Sheriff’s Office and Appalachian Community Services.

Inmates in the Prime for Life treatment program have a variety of reasons for being in jail, explains Sheriff  Holland. From drug related arrests or sentences for drug charges to probation violations, breaking and entering and other crimes.

“All of the participating inmates have identified drug or alcohol addiction as a contributing factor for being in jail,” Holland says.

Prime for Life, now in its second session in the Macon County Detention Center, seeks to help inmates break addiction. It is an evidence-based motivational treatment program to address drug and alcohol abuse and apply decision-making skills for life in general. Prime for Life is offered at the detention center by Howard Dowdle with Appalachian Community Services, which provides mental health, substance abuse and developmental disability services to the seven western counties of North Carolina. The program is funded through an existing line item, in the sheriff’s office’s budget.

The second session of Prime for Life was held last week. Nine male inmates participated in the program which was completed on July 28.