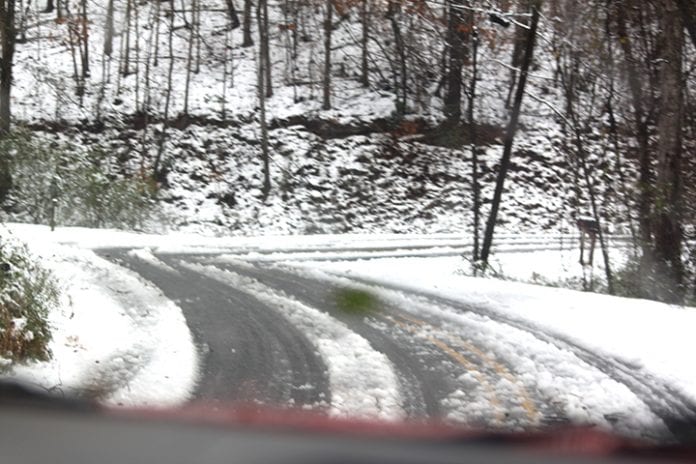 Four teenagers from Atlanta who embarked on an overnight hike at more than 3,800-foot elevation as snowstorm Diego descended on the area were unaccounted for Sunday, triggering an emergency response by five local agencies.

Macon County Emergency Management, West Macon Fire and Rescue, Otto Fire and Rescue, the Macon County Sheriff’s Office, and the U.S. Forest Service were all involved in the missing persons response and coordination of the rescue operation. When the hikers did not check in with family by 3 p.m. Sunday and were reported as missing, seven personnel responded to the 911 call that came in Sunday at 6:22 p.m.

Making the 911 call was a distressed mother who advised that her son and three other males –- two of whom experienced, trained hikers — had started a loop near the Standing Indian campground the day before, as rain fell across the valley and snow flurries began in the mountains.

The boys knew they could get snow. They knew they were in for conditions ranging from rain to 15 inches of snow. Still, they started their hike with a dog sometime Saturday, unsure of the trail system. They left one car at their starting point and another where they expected to finish the following afternoon.

Their parents were not certain where they could be located. EMS reports that the boy’s mother who had called had a photo of the shelter where they stayed, but emergency services could not identify the location. Cell phone calls to her son went unanswered.

Emergency Management first contacted West Macon Fire and Rescue, but they didn’t have the appropriate vehicles to traverse the snowy roads to Standing Indian. Otto Fire and Rescue was called for additional help.

“Cell phones are sketchy up there,” said Otto Fire & Rescue Captain Barry Cabe. “If you’re on the top of that mountain where that shelter was, you can get cell phone service. But as soon as you drop back off the mountain, you lose it.”

GPS is not 100 percent effective in the woods up there, “never has been,” Cabe added, requiring fire departments to rely on local knowledge of the trail system.

“Yes, we will go in and try to do what we can do, but we have to think of our responders’ safety first,” said Cabe. Firemen could be injured and require extraction. Snow is deep. Conditions change rapidly. Falling limbs are dangerous. “If we can’t get there safely, we can’t help them.”

The caller said her son’s white Tacoma truck should be parked near a trailhead. The vehicle they had reportedly taken was misidentified, according to Cabe.

Otto was unable to take the gravel road shortcut through the Coweeta laboratory road, instead driving all the way through Franklin, then into Standing Indian with four volunteer firefighters.

Three firefighters remained at the station to stay fresh, in case additional help was needed later. It was already dark.

Otto’s all-terrain vehicle went several hundred feet down the access road toward Standing Indian Campground before it ran into a fallen log that had to be cut out of the roadway. The ATV went some distance further but ultimately could not pass the road.

“According to our caller, they had spent the night at one of the shelters on the Appalachian Trail Saturday night,” said Macon County Emergency Management director Warren Cabe, who said the trail system covered both West Macon and Otto fire department jurisdictions.

The hikers’ truck at the trailhead was surrounded by fallen tree branches. The hikers could be anywhere.

EMS acted as the clearinghouse of information to the other agencies and coordinated the emergency response.

“We couldn’t get in with four-wheel drives,” Warren Cabe said. “Trees had fallen, roads were bad.”

Otto Fire and Rescue tried with another vehicle, a 4 x 4 pickup, which got stuck in the snow and could not get closer to the trailhead.

“Unless the U.S. Forest Service restricts it for some reason, they have the permission to be there,” said Warren Cabe of the hikers.

By this time, emergency management was also conducting welfare checks on elderly individuals who lost power in their homes, were cold, and were out of touch with their family.

Emergency crews were dispatched across the county, helping to clear roadways from some 60 fallen trees. Nearly 8,000 residents were without power, and temperatures were rapidly dropping again.

Since the hikers were last known to be on United States Forest Service land, USFS was called at 6:46 p.m. to further strategize a quick and effective response from all affected agencies.

“They didn’t tell anybody which trail they were on,” said Captain Cabe. His volunteer firefighters were wearing heavy clothes, gloves, overalls and took with them chainsaws and plenty of fuel. They were ready for very cold weather.

“I know that weather down here in the valley may be rain, but up on top of the mountain, it’s gonna be snow,” said Captain Cabe. “They knew that there was a possibility of snow, but the last forecast they saw was calling for rain.”

At 6:54 p.m., West Macon Fire and Rescue called the mother back to seek more information. The son was supposed to meet a friend at Albert Mountain Tower Saturday, but the friend decided not to hike and stayed in Atlanta. Macon County Sheriff’s Office began to treat the incident as a missing persons report and dispatched a deputy to Standing Indian Campground to try to locate the vehicle.

Firefighters were staying overnight at stations. Rescue workers were on 24 hour shifts to respond to emergencies. EMS advised locals to stay off dangerous, icy roads until conditions improved.

When the teenagers woke up in their AT shelter, they were surrounded by 12 inches of snow.

“There shouldn’t have been any reason that anybody should have willfully come up here unless they were 100 percent trained, knew what the weather was going to do, knew that the equipment they had was sufficient for that weather, and they were confident in their skills to survive if they were stranded,” said Captain Cabe. “These guys — their parents didn’t even know what trail they were on. They couldn’t even describe what vehicles they were in.”

By 7:41 p.m., the Sheriff’s Department reported that several attempts had been made, but deputies could not access Standing Indian due to weather conditions.

“Anytime there is a search and rescue they get us involved,” said Macon County Sheriff Robert Holland. “Four individuals from Atlanta picked a very poor time to go hiking with an enormous storm coming.”

The hikers never made it to the second vehicle.

By this time, 911 calls were being fielded at an average of one every minute, a 434 percent increase in calls over the prior weekend, before the snowstorm hit.

“This is probably the third winter in a row we have had at least one search during a snowfall in that particular area,” said Warren Cabe.

In the previous searches, a man had wandered off trail and required a medical response. Another group couldn’t go any further and set up camp to ride out the snowstorm.

Captain Cabe agreed it was a heavy resource draw that would have been worse if the snowstorm had impacted Otto and taken firefighters away from its residents.

“It draws your manpower,” he said. “We didn’t know where they were. We didn’t know if they were at the car or if they were in the woods. We were not comfortable sending our people into the woods during that kind of weather because there is the potential of ending up with more injured people, more lost people.”

EMS’s Jimmy Teem was dispatched with a Polaris Ranger 4 x 4. He got through.

“Be very prepared,” Warren Cabe warned of anyone attempting a winter hike. “Anticipate the weather and if you are attempting to hike, even if it’s a day hike, be prepared for very inclement weather and perhaps an overnight stay if weather deteriorates.”

At 8:36 p.m., Otto Fire and Rescue made it through the roads and was on the scene.

At 9:17 p.m., another Sheriff’s Department deputy was available and dispatched to the location.

“I won’t say a real emergency, because the decisions they made created an emergency,” said Sheriff Holland. “And so, it was an actual emergency because it was bad weather, it was cold, and so it caused us to deal with an emergency.”

At 9:46 p.m., Jimmy Teem of EMS reached the boys’ car in his Polaris and sent a short, quick alert: “We have located the subjects and we are bringing them out.”

“We found them in the parking lot and they were okay,” said Warren Cabe. “They actually made it back to their vehicle, but then they couldn’t get the vehicle out because of fallen trees and snow on the roadways.”

At 10:07 p.m., another deputy was available and dispatched to the location to assist with transportation. Deputies were en route by 10:15 p.m., arriving on scene at 10:25 p.m.

“Luckily, it wasn’t as bad as they had predicted — for their sake, and for all those search and rescue personnel who had to go out and look for them,” said Sheriff Holland.

Yet another Sheriff’s deputy who was en route arrived on the scene at 10:44 p.m.

After more than four and a half hours, EMS closed the case. The emergency was over. 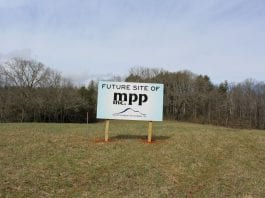 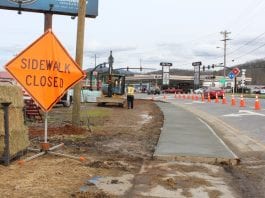 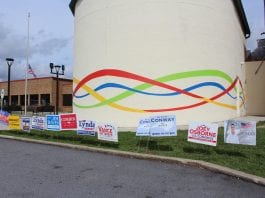