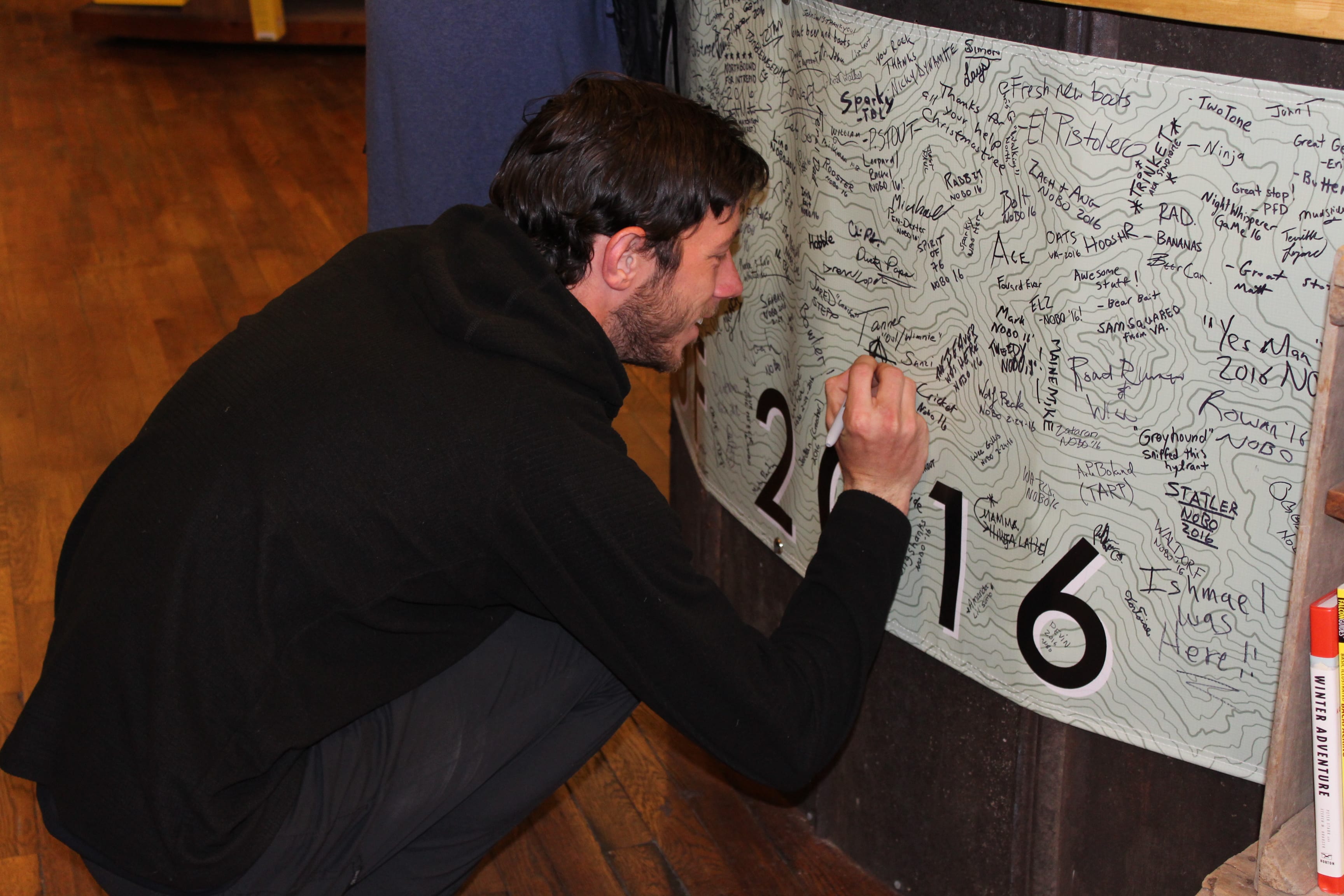 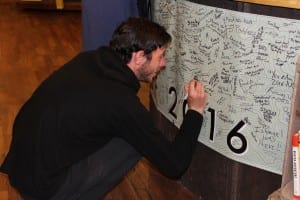 To get a better picture of the economic benefit the hiking industry has on Franklin, The Franklin Appalachian Trail Community Council (FATCC) worked with area businesses and hiking related organizations to have surveys completed by hikers passing through Macon County. Volunteers are still working with the FATCC to input the data from the surveys and with hikers coming in and out of Franklin each week, new surveys are always being completed.

So far, the FATCC has about 200 surveys to paint the picture of the impact hiking has on Franklin. So far this year, Franklin has played host to hikers from 38 different states and seven different countries around the world. To date, hikers from Ohio and New York lead as the home states of hikers stopping in Franklin. Of the hikers who completed the survey, the majority, at 71.6 percent were male and 28.4 percent were female.

The majority of hikers, 73, or 30 percent, were between the ages of 15-25 with the second most common age group being 26-35 years old with 51, or 25.1 percent. The majority of hikers competing the surveys held a Bachelor’s Degree, with 9.9 percent of hikers holding a Doctorate. While 24.7 percent of hikers were retired and 17.9 percent were students, the bulk of those on the trail, 120 or 67.4 percent, were currently employed.

The FATCC surveys were designed to get an idea of how hikers spend their time in Franklin. Of the roughly 200 people surveyed, 186 of them stayed in Franklin for at least one night, spending  money on lodging. As one of the first main stops after starting a thru-hike of the Appalachian Trail, 104 people surveyed said one of the services they utilized in Franklin was laundry.

With outfitters in Macon County such as Three Eagles and Outdoor 76 catering especially to the hiking community, 115 of the hikers surveyed said they spent anywhere from $20-$400 at local outfitters. On average, hikers spent $85.82 each at outfitters in Macon County. Resupply at local grocery stores was also heavily utilized by those surveyed, with 118 hikers spending anywhere from $10 to $300 to resupply for the trail.

Even more commonly utilized than local outfitters, hikers frequented local restaurants, according to the survey. One hundred and sixty hikers said they dined locally and on average spent $37.65 each at local restaurants.

In addition to learning how hikers spend their money and time while in Franklin, the FATCC surveys offered hikers an avenue to show how the town could better serve the hiking community.

Transportation was the most common area suggested for needing improvement. The majority of the hikers who made their way to Franklin did so utilizing shuttles offered by lodging facilities. Macon County Transit was also commonly used by hikers, with a large number of hikers getting rides from local residents to and from the trail. While hikers suggested more transportation to get to town, they suggested that transportation such as taxi services or a bicycle rental option be made available for hikers who spend several days in Franklin.

Hikers touted Franklin as being a full-service Appalachian Trail Community with multiple hikers saying that Outdoor 76 provided them with easy access and everything they needed to prepare for their next hike and Lazy Hiker Brewing Company was a great place to meet with fellow hikers. The breakfasts provided by First Baptist Church was also a favorite among hikers who completed the surveys.

Out of the 200 people who completed the surveys, 189 rated Franklin a 5, the highest option available, in terms of how hiker-friendly the town was. Seventy-nine percent, or 145 hikers said that they would return to Franklin as a vacation destination in the future because of their experience in the town as a hiker.

Additional surveys will be completed throughout the hiking season and the FATCC plans to complete a comprehensive report from the data later this year.