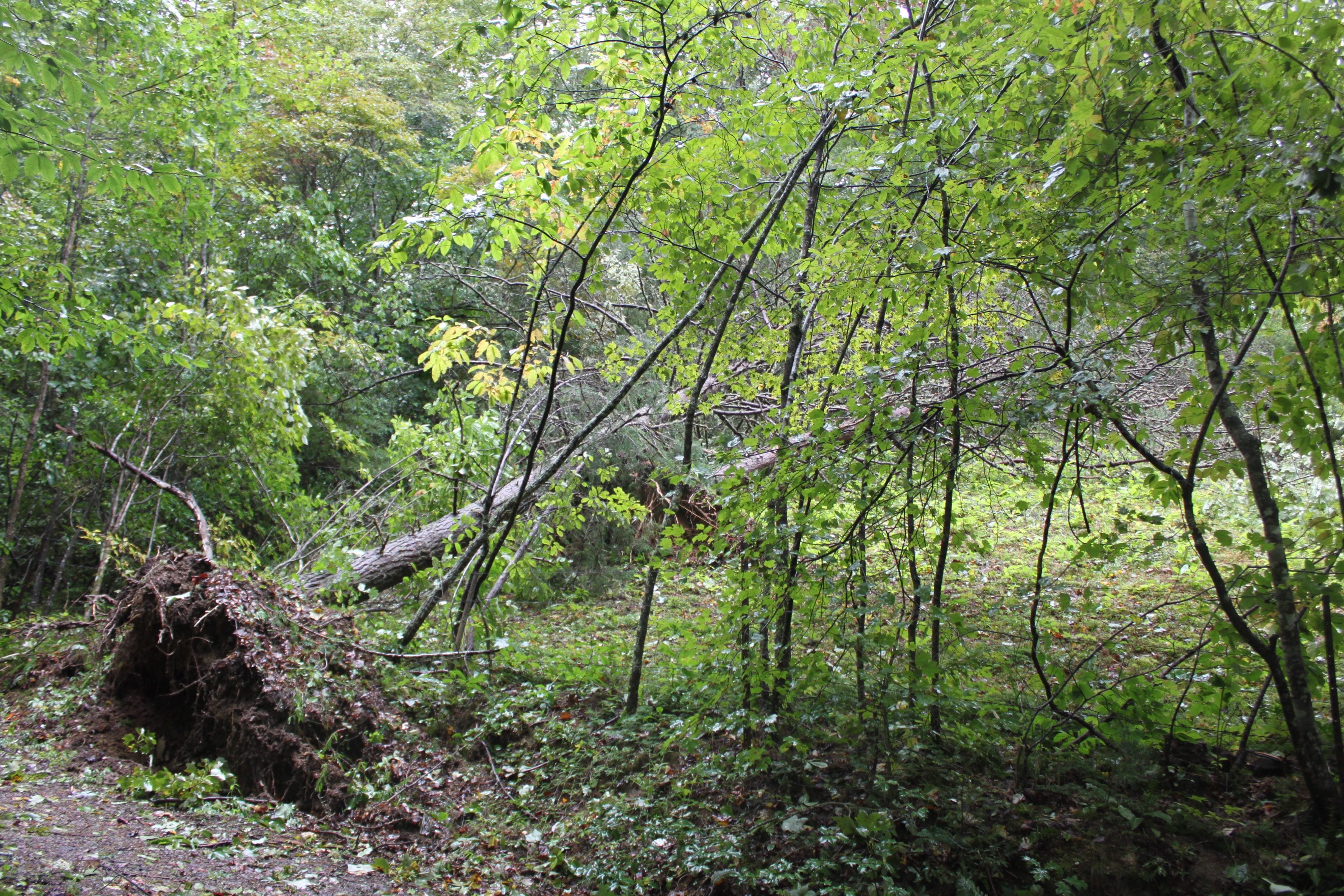 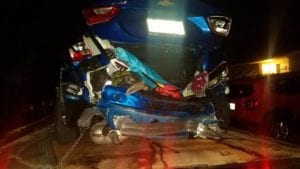 Before Texas had time to dry out after Hurricane Harvey devastated the state, Hurricane Irma grew to epic proportions and the entire state of Florida braced for the largest hurricane on record to make landfall on Monday.

Irma is the strongest Atlantic basin hurricane ever recorded outside the Gulf of Mexico and the Caribbean Sea. It spent three days as a Category 5 hurricane, the longest Category 5 hurricane since satellite storm-tracking began. No storm on record has maintained winds 185 mph or above for as long as Irma (for a total of 37 hours).

With the magnitude of Hurricane Irma, 6,300,000 people were ordered to evacuate Florida and as of Tuesday morning, 60 percent of Floridians were still without power as they start to try to pick up the pieces.

Like so many other Florida residents, Diana Salcedo headed north after evacuation orders were given, looking for refuge from the storm. Salcedo and her 12 year old son packed as much as they could in their new Chevy Cruze and left Tamarac, Fla., just west of Fort Lauderdale, and headed to the mountains of North Carolina.

“We came to Franklin fleeing from hurricane Irma because the news said it was one of the worst storms in history,” said Salcedo. “Miami/Broward was in its direct path and I didn’t want to take any chances. I am a single mom to my 12-year-old son Nicholas. I looked for places north of Georgia and they were booked; then we noticed there was room in cabins and motels in the mountains. We have always wanted to stay at a cabin in the mountains and this was our chance. We tried to book several cabins but the owners declined us until we found Brian’s cabin on Expedia where we could book it instantly so we took it. It seemed so peaceful; a good fit for us.”

Salcedo, who works in marketing and as an event planner, packed their Chevy Cruze to the max, with just enough space for herself, Nicholas and their five cats, and began the 800-mile journey to Franklin.

“We wanted to leave Wednesday night, a night earlier than we had booked our cabin to avoid traffic and drive more peacefully,” said Salcedo. “It was quiet, the streets were empty and after a full day of preparations, oil exchange and packing, we were ready to go at around 12 a.m. Wednesday night.”

While fleeing the uncertainty of a historic hurricane, Salcedo was also challenged by a vehicle accident that could have claimed her life.

“Five blocks from our house we turned into the main street headed towards the highway when a man without a license was speeding and ran the red light,” she said. “He hit us so hard our whole trunk was gone. We spun out of control and we were really scared. I saw my possessions and suitcase fly out to the sidewalk and I was crying in despair that now my brand new car was destroyed, most likely we were hurt as my head and back hurt and now we were going to be stuck in the worse storm possible. We went to the hospital and my son has whiplash and a back sprain and I have a head contusion or bruise, plus my back hurt a lot.”

With so many others trying to flee the storm, Salcedo was able to find another ride to the mountains.  “Luckily a friend who wanted to evacuate offered to give us a ride in her car with her possessions and her 15 year-old-dog Alex,” she said. “We left Thursday at 2 p.m. and we made it to Franklin Friday at 2:15 p.m.”

Salcedo said Franklin has been more than just a refuge, but a welcome distraction for her family.

“Franklin is a gorgeous town. Everyone is so nice and friendly here,” said Salcedo. “My son wants to move here. Everyone has been most helpful. Brian, our landlord, gave us a free day extension since we arrived one day late. He also loaned us a portable phone since our cell phones don’t work at the cabin. We went out to the square concert Saturday night and loved the small town feeling. We ended up at Rathskeller afterwards and we saw a birthday group near our table. They shared their birthday cake with us and when they found out we came from Florida a lady asked us if we had a place to stay. That was amazing. It made me see how much solidarity the people of Franklin have.”

Salcedo is no stranger to hurricanes, having grown up in Florida.

“I have been through a few hurricanes before, but those were not even Category 3 and they caused a lot of damage. In one of them my son was a newborn baby and we had no power for 10 days. It was awful as we were super hot and without AC. We kept taking showers to cool down. The main reason to evacuate was that I saw pictures of the horrific damage and homes destroyed that Andrew caused as a Category 4 and Irma was a Category 5. I didn’t feel like playing Russian roulette and sit there waiting. This felt different because of the potential damage it could cause to a house. My neighbors offered to check on my cats as I couldn’t fit them in my friend’s car.”

While so many people in Florida are still picking the pieces, Salcedo said her neighbors had good reports of minimal damage to her home. “I was told we lost power, trees and power lines are knocked down,” said Salcedo. “Some streets are still flooded but the houses in my neighborhood are standing.”

Western North Carolina felt the impact of what was left of Hurricane Irma beginning Monday, but the storm lost strength as it traveled north and by the time it reached Franklin it was classified a Tropical Storm. The winds picked up across Macon County on Monday and just before midnight, much of the county was without power. According to Duke Energy, while some customers were reconnected Tuesday morning, there were still 7,042 without power in Macon County and another 9,049 in Jackson County.

Macon County Schools dismissed early on Monday to allow students to be home and buses off the road before the storm was predicted to hit the county. Due to the massive amount of homes without power on Tuesday and fallen trees throughout the county, school was also cancelled Tuesday.

Us 64 between Franklin and Highlands was closed late Monday night due to a vehicle accident and cars were detoured through Buck Creed Road. Just after 1 a.m., the road was cleared and reopened. Highlands caught the worst of the storm with some Highlands residents predicted to be without power for the remainder of the week.

According to a release from Macon County Community Wellness and Preparedness Coordinator, Melissa Leatherman, there were 303 calls made to 911 in Macon County during the storm, and 208 calls for service. Sixty trees or power lines were reported downed and blocking a road inside Macon County.

“Obviously we are still having some impact from the hurricane especially in the Highlands and Scaly Mountain areas,” said Macon County Emergency Management Director Warren Cabe during an update to commissioners Tuesday night. “Most of Macon County actually faired really well. The most significant effects were felt obviously in those elevations above 3,000 to 4,000 feet particularly along the Blue Ridge Plateau where the elevation changes are very significant.”

With Highlands being the most severely affected, Macon County Solid Waste Director gave a very brief update to commissioners how the county will handle storm debris. Stahl announced that a temporary disaster relief storage and processing site will be opened on Foreman Road in Highlands for the disposal of vegetated debris.