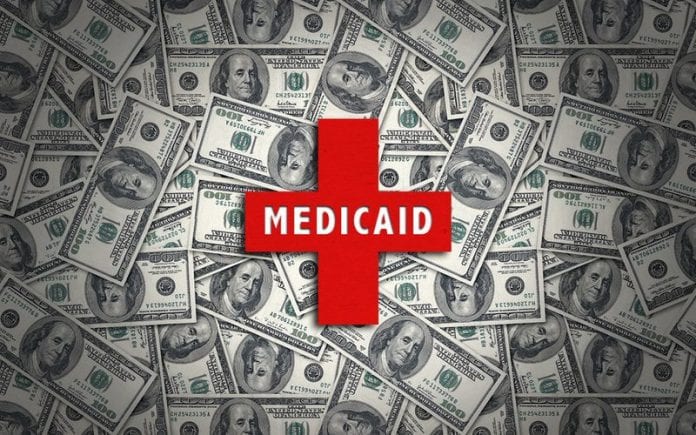 North Carolina ranks 9th in the nation in terms of uninsured residents, with roughly 10.7 percent of residents living without health insurance.

While roughly 1 million residents are currently without health insurance, about 2.2 million are enrolled in Medicaid or CHIP and only 501,271 residents have insurance through the Affordable Care Act Marketplace, a number that has decreased by more than 100,000 since 2016.

The General Assembly and Gov. Roy Cooper have sparred over the issue all summer, with Cooper refusing to sign a state budget that doesn’t include expansion. On Sept. 11, House Republicans successfully voted to override the veto and then a proposal to expand Medicaid with work requirements was also revived in the House. The budget’s future in the Senate is unclear, however, as the proposed Medicaid expansion bill from Republicans significantly differs from what Gov. Cooper would like to see.

Josh Dobson, (R-Avery) met with Rep. Kevin Corbin and other leaders in Macon County to talk about the proposed medicaid expansion bill — NC Health Care for Working Families, House Bill 655 —  and what it would mean for the state.

Though the bill would extend Medicaid eligibility to almost as many adults as the governor-supported ACA expansion would have, there are a few main differences. The first being monitoring work requirements, something Democrats don’t view as feasible. Dobson explained that the Republicans’ bill also has individuals paying a small premium, 2 percent of income or $600.

According to Dobson, the group of people the expansion would benefit are working families, just like the bill’s name suggests. Participants would be eligible if their income did not exceed 133% of the poverty level [$34,248 for a family of 4]; are between 19 and 64 years old; are not already covered by Medicare,; are ineligible for the existing Medicaid program in North Carolina; and meet federal citizenship and immigration requirements. The bill would also establish a grant program for rural access to health care.

Rep. Dobson said he was confident in the bill’s ability to pass the House, which would leave its fate up to the Senate. If passed there, the governor would have to sign it, something that is unlikely considering his stance on mini-budgets as a way of avoiding taking up medicaid expansion in the overall budget for the state.

Collins: Trip to Denmark will encourage students to broaden their horizons