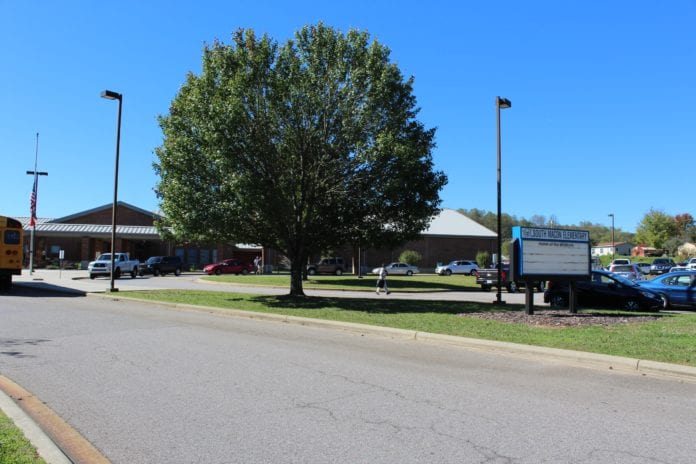 South Macon Elementary is right at 20 years old and when it was originally built, Commissioner Ronnie Beale noted that it was built with expansion in mind and will be an easy building to expand. Beale said with the amount of time it takes to get school projects up and running, it’s better to start the process sooner rather than later.

Macon County Commissioners are responsible by state statute for the brick and mortar on school buildings. While the school system will develop the plans, ultimately, the county pays the bill, which is why the district needed the go-ahead from the county before advertising for an architect on the project.

While the only planning done so far has been “unofficial,” the school board has proposed a $1.6 million expansion to add 9,700 square feet to South Macon’s main building for six new classrooms and an additional 1,200 square feet for an addition to the school’s cafeteria.

Currently, South Macon Elementary has three makeshift classrooms to take care of three temporary solutions put in place this year to help with the overcrowding problem at the school. This year, one of the third grade classrooms is located in the music room displacing the music program which is now housed on carts and wheeled to classrooms. The school also has one exceptional children’s classroom located in a large storage room and an English as a Second Language classroom located in a space designed for an office.

The Macon County Fire Marshal has shared his concerns with the school’s current set-up, and the school recently received a write-up from Macon County Fire Marshal Jimmy Teem for an exceptional children classroom that has been using a divider to create two classrooms. The divider is in violation of the fire code because there is only one egress from one side of the room.

For the last several years, the school has been operating at a full enrollment capacity. In 2015, the state calculated South Macon’s enrollment is at capacity with 498 students. Although this year’s enrollment saw a slight dip in numbers, the total enrollment of 502 students at the beginning of the current school year still exceeds the state recommended enrollment.

Commissioner Paul Higdon asked if the issue could be addressed by redistricting, but all elementary schools in the district are at capacity, so shifting students wouldn’t alleviate the problem.