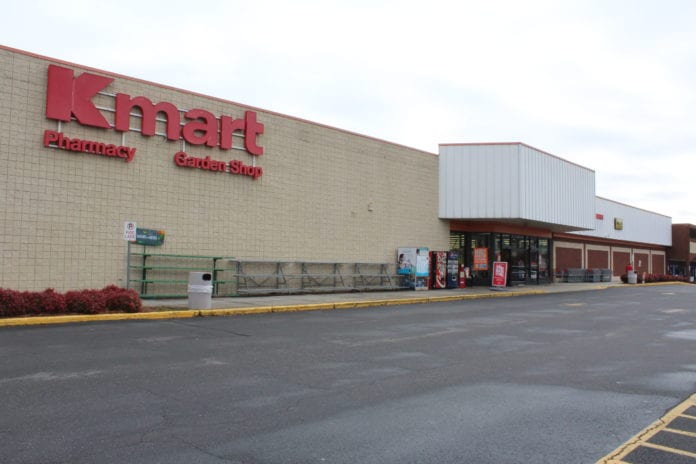 In November, the county authorized $7,000 in improvements to the center in order to host TECO.

“They’re just now getting set up out there,” Jenkins said.

The economic development director also asked the board to allocate $12,500 to support administrative costs in 2019 for the Nikwasi Initiative, a program that protects the county’s cultural heritage and strengthens relationships with the Eastern Band of the Cherokee Indian.

Commissioners expressed support for the potential of future business development plans, including a museum. Jenkins explained that the Nikwasi corridor runs from South Macon to Swain County, and the Initiative connects cultural sites such as the Nikwasi Mound in Franklin.

Since 2016, the board has contributed more than $300,000 towards the Nikwasi Initiative.

In an interview on the sidelines of the Commissioners meeting, Jenkins said that filling Macon County’s empty retail spaces remains a priority but is subject to market forces and the private sector.

“It’s definitely a concern. During the building boom, quite frankly we overbuilt commercial retail space,” he said, citing the former Kmart building in the West Gate Plaza. “Those are owned by private individuals, and there’s only so much we can do.”

Jenkins said “there are several possibilities” for tenants and that “we’re always sort of fishing, I guess.”

Asked for a time frame, he added: “Personally I’d like to see them filled now, but it’s not a sprint, it’s a marathon.”

The Kmart building has been vacant since April 2018. Jenkins blamed Internet commerce companies like Amazon for the challenging new environment for brick-and-mortar retailers.

Jenkins said he had discussed with the Board of Commissioners the possibility of providing economic incentives, noting, “But at this point, it’s a private sector initiative with developers.”

The so-called “Wayah Project” involves investment and job creation by a confidential corporation that was granted a Town of Franklin economic development grant in the form of an acre of property worth $115,878 in August 2018. In exchange, the company promised an initial investment of $3 million and the creation of 23 full-time jobs with benefits guaranteed through at least 2024.

To date, an August 21 public hearing was cancelled, and the project has stalled.

“The Wayah Project is on hold,” Jenkins said. “I did talk with the company today and that might start moving forward again. It looks pretty promising.”

Jenkins cautioned that taxpayers “could see the process restart” within a month.

Two local and one non-local company submitted proposals ranging from $130,000 to $450,000 that would utilize a variety of methods to improve emergency communications, including wireless, cables and a microwave system.

EMS added additional expectations to the RFP that would go beyond their communications upgrade needs. If such an option were considered viable, the county could pay the difference to expand broadband Internet access for the general public benefit.

“We’re seeing how we can connect that with the request for proposals,” Jenkins said, noting the result could provide connectivity to some unserved and underserved areas.

Jenkins also said the potential partnership with EMS would allow the county to leverage $400,000 in broadband expansion funds already budgeted.

“We’ve got to make sure it meets our needs first, then we’ll analyze it for the public benefit,” Cabe underscored.

He said he knew of at least one local Internet provider who had applied for some of $10 million in GREAT Grants from the State of North Carolina, to be awarded to private broadband Internet providers.

“It would basically provide connectivity to some unserved and underserved areas,” Jenkins said. “There are wheels moving, but they’re moving slow.”