Busch’s first victory since the 2017 Daytona 500 overshadowed a miraculous drive by brother Kyle Busch, whose car came back to life after a Lap 2 wreck like a relentless horror movie villain.

Starting on the inside lane, Busch grabbed the lead from Stewart-Haas Racing teammate Clint Bowyer on a Lap 478 restart, after Brad Keselowski’s flat-tire-induced spin caused the sixth caution of the night.

“It was up to Bowyer to choose the lane,” Busch said. “He chose the outside, and we got a perfect start on the inside. I dug it perfect right into Turn 1 and 2, and the spotter said, ‘Take it. Take it.’ Which meant go to the wall on exit, and I didn’t even bother to look in the mirror.

“He said, ‘Take it,’ and when you trust your team to give you the right stuff setup-wise, you’ve got to trust the spotter the same way. Tony Raines. He’s a racer. That’s why he’s my spotter, and it worked out perfect.”

The driver of the No. 41 Ford survived another restart on Lap 488, with Kyle Larson surging into second place on 30-lap better tires. But even with fresher rubber, Larson couldn’t catch Busch, who crossed the finish line .367 seconds ahead of the runner-up car.

The victory was Busch’s sixth at the .533-mile short track and the 30th of his career, 26th on the Monster Energy NASCAR Cup Series all-time list. The win was the 10th in 24 races for Stewart-Haas. Kurt and Kyle Busch are the first pair of brothers to reach 30 victories each at NASCAR’s highest level.

“It’s awesome to do it at Bristol,” said Busch, whose crew chief, Billy Scott, picked up his first victory in NASCAR’s premier series. “I love this place. We now have won six times here and I have great teams that have always helped me win.”

Chase Elliott ran third, followed by Joey Logano and Erik Jones, as Bowyer slipped to sixth at the finish.

It was Kyle Busch’s amazing run from the back of the field to the top five that provided the most compelling action until his charge to the front met its Waterloo on Lap 481 after side-to-side contact with Chris Buescher’s Chevrolet in a three-wide dance on the backstretch cut Busch’s left-rear tire knocked him out of contention.

“That was just me and this team and never giving up and being able to drive up through the field like that,” Busch said. “This M&M’s Camry was fast, even torn up and wrecked and everything else, it was fast. We had a shot to win the race there, just got to racing with guys three-wide and couldn’t get clear of them and was boxed in by the 11 (Denny Hamlin)…

“We probably finished where we should have, but we had a shot anyways. Congratulations to Kurt (Busch), that’s cool, but he forgot his helmet on the roof and just chunked his helmet.”

Busch’s demise, however, didn’t come early enough for Martin Truex Jr., who was running second to Bowyer on Lap 432 when Kyle Busch clipped him in the middle of the frontstretch. Truex crashed out in 30th place for the second straight Bristol race.

“It’s just Bristol,” said a resigned Truex, who kicked his car in disgust after the wreck. “Trying to get that first short track win. This place has been so hard on us. I mean I can’t even explain it to you how good we’ve run here in the past three or four years, and crap like this every single time. It’s like just one thing after another.

“Sucks that it happened, but at the end of the day, it’s racing at Bristol. I feel like I probably should’ve took the lead there. I probably should’ve bumped the 14 (Bowyer) out of the way just to get the lead and I wouldn’t have been in that position. Sometimes you’re the nice guy and you get knocked out of the way. We’ll just have to race him a little harder next time.”

Bubba Wallace, who made a heroic run to the front in the spring race at Bristol, never had a chance on Saturday night. When Kyle Busch spun off Turn 4 on Lap 2 and blocked the track, he ignited a 15-car pileup on the frontstretch.

Wallace’s No. 43 Chevrolet was damaged beyond repair, ending his race on Lap 3.

“Before my spotter called it, I had run into the back of the No. 47 (AJ Allmendinger),” Wallace said. “But then I got checked-up enough to pull down out line and just kept getting shoved into cars.

“It’s unfortunate. I was super excited to run tonight and see how we stacked up, but fate had other plans.”

Clearly, Kurt Busch was glad that was the case. 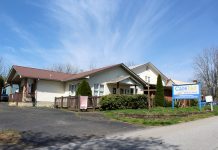 Seeking the beauty of nature