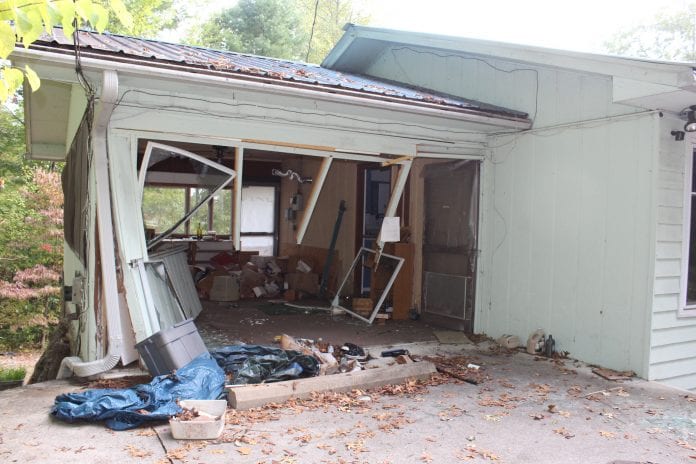 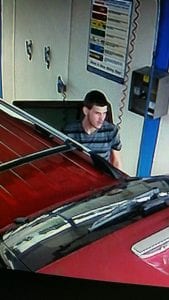 Around 9 p.m. on Monday night, Macon County Sheriff’s Office Dereck Jones  heard radio traffic regarding the stolen vehicle being sighted on NC 28 North out of town. Jones travelled from Harrison Avenue and was able to locate the vehicle at the traffic light at the intersection of NC 28 and Riverview Street in front of the Village Trader Convenience Store. Jones followed the vehicle into the parking lot of the Village Trader and turned on his blue lights at which point the driver of the vehicle fled the parking lot and headed up Riverview Street towards town.

According to the incident report, the driver of the stolen vehicle passed Arthur Drake Road and swerved into oncoming traffic after crossing the center line, nearly causing a head-on collision. Jones noted that at the time, he was traveling at 75 miles per hour. The chase continued onto Riverview Heights.

Right before the entrance of Riverview Heights Apartment Complex, the driver of the stolen vehicle nearly caused another head-on collision with a white car. Jones lost sight of the car and other law enforcement were able to locate the stolen vehicle again.

Franklin Police Department Sergeant Devin Holland and Officer Christy Evans set up a perimeter in the area at the end of Woodland Holland and at the bottom of Riverview Street, but neither ever spotted the vehicle at their locations. Jones noted that he backtracked his route and started to smell a strong odor of gasoline.

At that time, Sergeant Craig Stahl notified dispatch that he located a blue GMC that had wrecked into the side of a residence at 575 Riverview Heights. The vehicle had been driven through the garage, causing significant property damage.

The driver of the stolen vehicle apparently fled the scene of the accident on foot.

While the GMC was stolen from Franklin, when the vehicle was recovered the plates had been changed and featured Georgia registration plates for a vehicle that had been stolen from the Murphy Casino in Cherokee County, North Carolina. Franklin Police Department was able to recover that stolen SUV from a ditch near a hair salon on East Main Street. Surveillance footage from a car wash on Lake Emory Road shows the suspect with the SUV and the same plates that were recovered from the stolen GMC that was crashed into the house.

No arrests have been made at this point and the Franklin Police Department is seeking the public’s assistance in identifying the suspect.