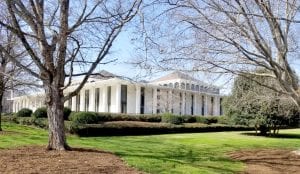 The North Carolina Legislature ended their session on Oct. 31 without passing a budget for the state to be able to operate. The state’s fiscal year started July 1, with no formal budget. This marks the first time in state history that the General Assembly has adjourned its session without enacting a new budget. That’s only possible because of legislation passed a few years ago that allows government to continue operating off the existing budget if no new spending plan is in place.

“I would like to have the budget as originally passed by the house and the senate,” said NC House Rep. Kevin Corbin. “Is a great budget with a lot of good things in it for my district. However it appears that the Senate is not going to be able to override the veto. If so, the budget will be restored in original form. If not, we will pass a few more of the mini-budgets to get important funding around the veto. I have $42 million stuck in the budget for school construction in my district. Specifically there’s $11 million for Macon County, $11 million for Cherokee County, and $10 million for Graham and Clay each. It is very important to me to get those items through one way or the other.”

Senator Jim Davis agreed with Corbin and said he would like to see a complete budget override so needed funding, such as the school infrastructure funds, can be allocated for his district.

The state has passed continuing resolutions to keep the main functions of government operational, while also passing smaller piecemeal budgets to address bipartisan budget initiatives such as teacher pay raises. The  Legislature’s adjournment resolution says members can return to session to vote on House-Senate compromise legislation that has or is already being negotiated, such as hemp farming legislation and another funding bill to pay for recent hurricane damages. However, it specifically says that overrides of Gov. Roy Cooper’s vetoes won’t be considered until January. That means action can’t occur on the budget bill or funding to carry out the state’s Medicaid managed-care overhaul, which is now in danger of failing to begin Feb. 1.

The House passed a veto override on Sept. 11, with the majority of House Democrats absent. Now waiting on a Senate vote, the budget override made the daily agenda in the days leading up to Oct. 31, but with every Democrat present for the vote, no action was taken.

Macon County Schools Superintendent Dr. Chris Baldwin said that without a state budget, the local school board continues to guess month-to-month as to how and if positions and programs will be funded this fiscal year. School started in August, yet Macon school leaders are in limbo in regards to what funding they will be getting from the state.

The North Carolina General Assembly approved 3.9 percent pay raises for teachers and 2 percent raises for non-instructional staff Thursday, both increases over the next two years and retroactive to July 1. The Senate voted 28-21 in favor of the Strengthening Educators’ Pay Act, while the House passed it 62-46. Democrats in both chambers opposed the bill, saying the raises were not enough.

Gov. Cooper has been vocal about wanting a significant pay raise for teachers, saying with the budget surplus, the state could afford to increase teachers’ pay by up to 8.5 percent. Before the raises are official, the governor would have to sign the legislation, to which he has been vocally opposed.

The state legislature will return again on Jan. 14, when the Senate could take up an override of the budget veto, as well as other issues left hanging after this week’s adjournment.