The Macon County News letters page is a public forum open to a wide variety of  opinions. Letters are neither accepted nor rejected on the basis of the opinions expressed. Writers are asked to refrain from personal attacks against individuals or businesses. Letters are not necessarily reflective of the opinions of the publisher, editor or staff of The Macon County News.

Writer Jack Kerwick recently published an extraordinary article entitled “Fear in Politics” on the conservative website frontpagemag.com.  “The role of fear in our politics,” he wrote, “is seldom mentioned by commentators.  I suspect that this is in large measure because it is exceedingly difficult for people, especially men, to reckon with their own fears.”  Guilt, it has often been observed, is a whole lot easier to handle than Shame.

Kerwick is writing primarily about urban America, so this requires an exercise of the imagination for some here in Mayberry – sorry, Franklin.  But we need to make it.

Kerwick continues:  “There has been much ink spilt over the decades on ‘white guilt.’  Little, if any, has been spent on the subject of white fear – which, I’m contending here, is what lies beneath the veneer…The moral posturing of whites, particularly white liberals, that extends back decades and which has sunk to heretofore unplumbed depths in recent weeks is not, as conservatives are wont to label it, ‘virtue-signaling.’  It is vice-signaling.  The repulsive spectacle of whites kneeling before blacks and ‘atoning’ for their ‘white privilege’ highlights the most toxic of character defects on the part of the white penitents:  obsequiousness, folly, impiety, idolatry, and, most fundamentally, cowardice.”

Here are words that speak to every one of us, black and white:   “This denial, though, doesn’t obviate the fear.  It only exacerbates it while miring the fearful ever deeper in his (or her) self-delusion.  In and of itself, this is a private matter for folks to address on their own.  But since the refusal of these fearful people to address their fears has resulted in disaster for American society as a whole, the fearful, and their fears, need to be called out and exposed for who and what they are.”

Kerwick reminds us of Jesse Jackson’s “unguarded moment of candor that the Racism-Industrial-Complex pretends never happened” when, in 1993, he blurted out:  “There is nothing more painful to me at this stage in my life than to walk down the street and hear footsteps and start thinking about robbery.  Then I look around and see someone white and feel relieved.”

Wouldn’t a lot of us love to be given an op-ed in a big paper like the Los Angeles Times?  Kareem Abdul-Jabbar got a chance on May 30.  After all, he’s the NBA’s all-time leading scorer and a recipient of the Presidential Medal of Freedom.  Among other things, he wrote that “it feels like hunting season is open on blacks.”

Note:  Less than 1% of current American murders – 0.95% to be precise – are blacks killed by whites, cop or otherwise.  Source:  FBI Crime Report 2018.  Expanded Homicide Data, Table 6.  As of June 6, Instagram was removing this FBI crime statistic graph under its “hate speech” guidelines.  (They may still be, for all I know.)

Ten days after his op-ed was published, Abdul-Jabbar’s son, Adam, 28 – no hunter he – was arrested for allegedly stabbing a neighbor multiple times.  Let us save our knees for God and pray for wisdom, compassion but especially that rarest of virtues, courage.

Commander in Chief’s duty is to protect the people

The first duty of our Commander in Chief, Donald Trump, is to protect the people of these United States. He took an oath to perform this most basic of duties. Over a 135,000 American have died as a result of the Covid virus. The family of each person lost to this pandemic can rightly ask: If Donald Trump had done his job would my loved one still be alive?

Donald Trump’s failure of leadership has become appallingly apparent to anyone who dares to look. In the early days of this pandemic our Commander in Chief said that this “Chinese” virus would magically go away. When that did not happen he said it was not his problem;  the individual states and their governors would have lead the fight. When that did not work he blamed the WHO (World Health Organization) for the failure.

Seven months into this fight we are still short of PPE and testing is still a problem.  Just to be clear, the United States has more cases and deaths by far from this virus than any other country on the planet.

Donald Trumps’ failure to lead goes far beyond this pandemic. Once the leader of the free world, the United States has  now withdrawn from virtually all international organizations and he has nothing but praise for autocrats around the world. The Russians and Chinese have rushed in to fill this vacuum to the great detriment of the United States.

While Donald Trump defends dead confederate generals and holds up someone else’s  bible in front a church, we can only hope that his “leadership” is not again tested.

Some stats on deaths in North Carolina

Let’s look at the major causes of death in North Carolina, per 100,000 of population (info from CDC [Centers for Disease Control] then Johns Hopkins Coronavirus Resource Center and Statista.com, 7/6/20, annualized):

Percent of persons in the United States NOT killed by the Coronavirus – 99.96.

U.S. laws apply equally to all

I am gravely concerned about the present and future of the United States. The recent civil unrest, both physical and verbal, is turning the country against itself and I am afraid of where it will lead. It appears we now have mob rule and all words are looked at closely to try to find any possible racial overtones and to voice an objection. It seems that weekly some news organization lists new words that are to be banned because they might offend someone.

I have no problem with peaceful protests but in many cases that is not what is happening now. In many “progressive” cities rioters are stealing, burning, illegally occupying territory and shooting others in the name of justice while the elected officials apparently will not allow police officers to enforce the laws because the “protests” are for the right reasons. At the same time, these leaders do not seem to care about the citizens who are the victims of the criminal actions. I believe that in the United States laws apply equally to all and elected officials have no right to decide which ones should be enforced. When laws do not apply to everyone, all the time, citizens will become afraid, police will resign and lawlessness will take over. The world learned at the time of World War II that continued appeasement only led to having to give more in order to appease.

The rioters also have decided to tear down statues of Americans that have stood for many years. Sometimes I wonder if some of these people even know the history of the statue or are just out to destroy. If today’s citizens believe a statue should be removed, there are legal ways in which this can be done. No one should be allowed to act illegally and just tear them down. I wonder, under the current ideological purity tests, if there is anything that should be named after a person, because everyone has flaws. History is complicated and we should not always use today’s standards of right and wrong to judge people. We need to look at how a person acted relative to the culture of that time in the past. Many people over the years have said that people need to know about the past to do better in the future. For example, Maya Angelou, a poet and civil rights activist said, “History, despite its wrenching pain, cannot be unlived, but if faced with courage, need not be lived again.” One of the first things Hitler did was try to erase the past.

I realize these protests and riots were precipitated because some white police officers caused the death of unarmed black men. If these officers are found guilty of a crime, they need to be punished. Since the first of these recent events took place, I believe well over 100 unarmed men, women and children have been killed by non-law enforcement personnel in this country. Also, numerous law enforcement personnel were shot by civilians. These deaths do not get much attention because these murders do not fit the narrative the media wants now. I hope that someday all deaths of people of any race caused by another person will be mourned equally.

Most people say integration is important. However, many colleges have separate dorms and clubs for minority students. There are various business and professional groups, entertainment awards and other contests only for minorities. Now the NFL is going to have two “national” anthems. Many citizens now identify themselves as a hyphenated American. We say we want to be one nation and everyone treated equally but divisions like this based on skin color make me question if we will ever get there.

I would agree that the USA is not perfect but do believe it is better than any other country. It sickens me to see people use violence and intimation to try to force changes they desire. Until the country can work and talk together in a civil manner, I do not think much will change. We are a country of laws and changes need to be made by citizens and elected officials, not mobs. 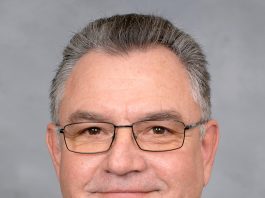