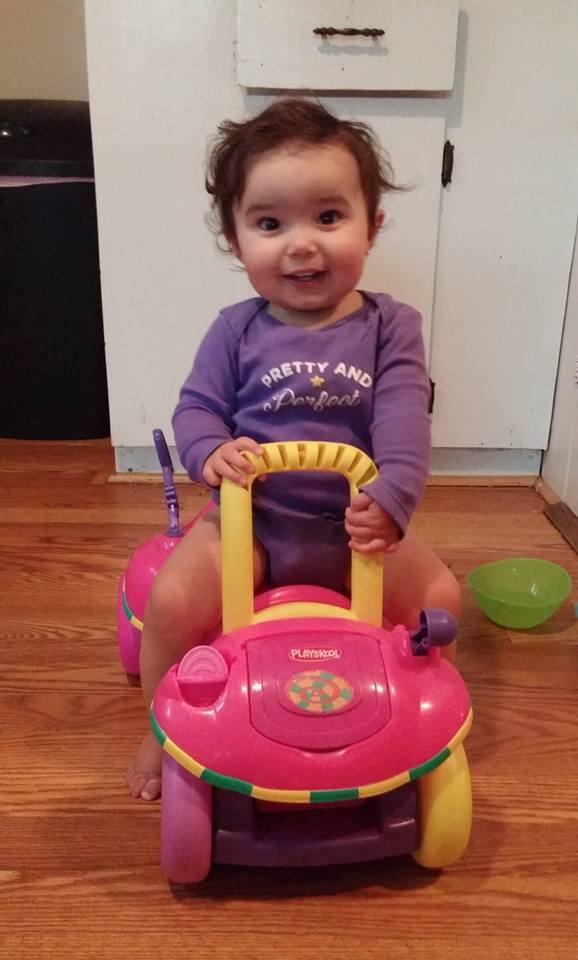 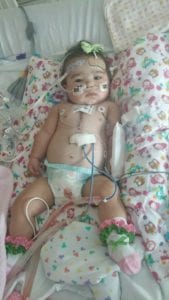 Approximately 40,000 babies are born each year in the United States with a Congenital Heart Defect (CHD). About one out of every 100 people have a CHD of some kind. As the number one birth defect in the United States, National CHD Awareness week is celebrated in February, this year, from Feb. 7-14.

CHDs change the function and/or shape of a newborn’s heart (or parts within) to the point of that overall health is compromised, which means treatment is typically required within the first hours, days, or months of life. For one Macon County family, celebrating CHD awareness week each year, isn’t just about raising awareness, but also about celebrating the miracle of life.

Zola Carson was born on Aug. 27, 2015, with complete heart block and tetralogy of fallot, two conditions that baffled doctors as they rarely occur, especially simultaneously. Zola’s condition is monitored constantly, and while she continues to improve, fighting a little more each day, her family is still uncertain of what the future holds.

“Zola is in congestive heart failure, but with proper nutrition and feeding therapies she is slowly gaining weight which is essential to avoid being put on the waiting list for a new heart,” said Kayla Carson, Zola’s mother.

Doctors first spotted Zola’s condition shortly after the ultrasound that revealed she was a girl. Follow up appointments were scheduled and Zola’s care was closely and strictly monitored throughout the remainder of the pregnancy.

“Before undergoing open heart surgery at nine months, Zola was constantly fatigued, rarely having the  energy to finish a three-ounce bottle,” said Kayla. “She was blue in color and often had a hard time breathing causing constant retractions. Today, she is pink in color with a normal saturation level. She is still unable to walk or crawl or eat like a normal kid. We receive in-home nursing, occupational, speech, and physical therapy on a weekly basis.”

Zola requires a G tube at night to push a high calorie formula into Zola’s system to ensure she’s taking in enough to grow, which can often lead to severe Emesis.

“But, only having to use the tube at night is a huge blessing,” said Kayla. “At one point she was hooked to her pump 22 out of 24 hours a day. It was horrible. We couldn’t go anywhere without dragging an IV pole along with us. We’ve been able to wean from 14 medications a day to eight. It may sound like a lot but we’ve really came a long way in the past few months. Cardiology told us after surgery her heart failure would get better or worse. If it worsened, we would be put back in the hospital to wait on a new heart. We’re on the uphill and a transplant is no longer a topic of discussion for the time being.”

While doctor visits have continued to improve over Zola’s short life time, Kayla said the hardest part of raising a child with CHD has been the waiting. “Never being out of the dark. Isolation,” Kayla said of her hardest struggles. “Not knowing what the future holds. Living day to day not knowing what tomorrow will look like. Watching this tiny human you created suffer and not being able to fix it. It’s not a boo boo we can kiss away and put a band aid on… it’s a lifelong struggle. A little life that I pray far exceeds mine.”

In many cases heart defects either don’t require treatment or are easily fixed. However, in serious cases, babies born with critical congenital heart disease (or CCHD), the heart defect can result in deadly health issues and requires immediate attention.

While the severity of CHD varies from case to case, Kayla said her advice to parents dealing with a child with similar diagnosis would always be the same, “to just love that child,” she said. “Never waste a minute. Take in all those kisses. Squeeze until it hurts. Although you may feel alone, there is someone out there going through a similar struggle. There is support. I’ve leaned on a whole community of heart moms that have helped me immensely. Without them, my faith, close family, a supportive community… this journey would have been an unfathomable one. Stay strong. You are the foundation your child leans on.”

Windy Gap Cell Tower may be operational by end of third...